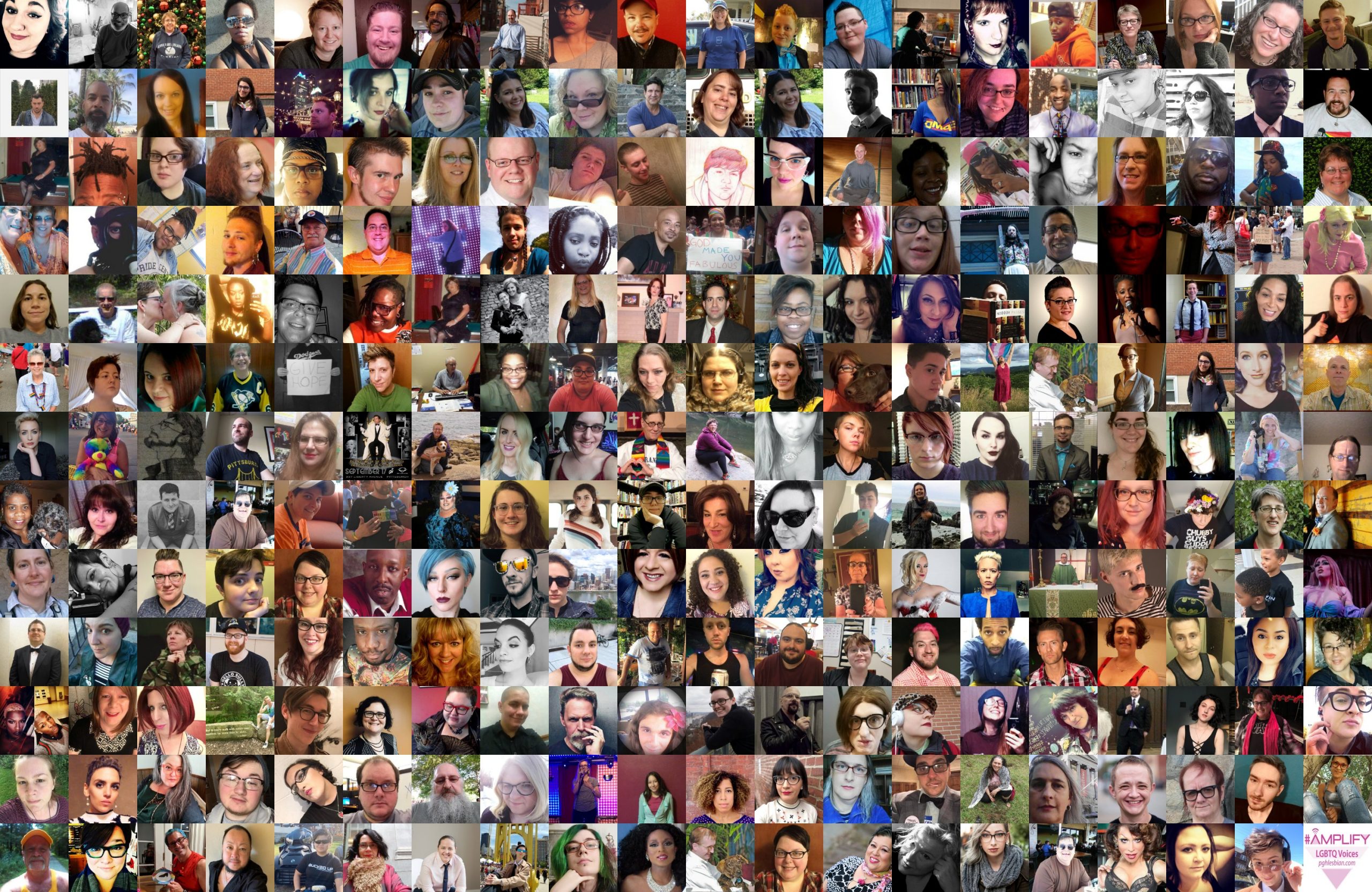 Since 2015, we have been collecting stories from LGBTQ folks with ties to Western Pennsylvania. Some live here now, others grew up in this region. Others still attended college or had a job that brought them here or spent summers with their grandparents in an outlying community.

Here includes 26 counties in Western Pennsylvania, from Greene in the Southwest up to Erie in the Northwest tip, then east to McKean and down south to Bedford. The region includes Pittsburgh, Johnstown, Sharon, Oil City, and St. Mary’s. It is predominantly rural communities with small towns clustered around some urban pockets, college towns, and industrial spots.

And it is very queer. Queer and trans and bi and lesbian and gay and more – the legacies of people who do not fit under the cisgender, heterosexual umbrella run deep throughout the entire region. Our archive reaches back to the Kennedy Administration and paints a broad portrait of LGBTQ life in the 60s, 70s, 80s, 90s, 2000s and through today. Contributors describe the many intersecting identities that create their life stories, a rich array of gender, sexual orientation, race, age, ethnicity, religion, and more. Many of them are from the small towns and rural communities, some others are still living discrete lives for assorted reasons. Some are breaking down barriers and smashing glass ceilings while others describe the rigors and challenges of living quietly queer lives. More than a few prefer their small towns and rural locations while others are eager to try new environs. Some use their full name and photos, others opt for a pseudonym and do not submit a photo.

All of them have important stories to tell, as do you.

If you are part of the LGBTQ community (however you define it) and have ties to at least one of the 26 counties in Western Pennsylvania, we want your story. Please set aside some time to complete the Q&A at your convenience. It takes about 30 minutes of your time. You’ll find the Q&A here in a Google form – you can’t save a partially complete form, you have to do it all in one setting or leave the tab open on your computer. It is a bit easier on a computer than a phone.

We would particularly like to solicit more stories from neighbors who do not see themselves reflected in our current archive.

Why should you do this?

Representation and visibility matter. A lot. I cannot tell you how many times someone has contacted me to talk about a particular #AMPLIFY post capturing or coming close to capturing their lived experience. And it matters to see yourself in a project like this.

Everyone is on an equal footing in this project. It doesn’t matter if you have money, power, and influence – your contribution is the same as everyone elses. The table is infinitely big and there are plenty of seats without anyone sitting at the head or the foot. The historical record of the LGBTQ community includes all of us.

Misperceptions abound so you can help to set the record straight (ouch) as it were. Why do people choose to live in rural communities versus Pittsburgh proper? What are the college campuses like? Are there LGBTQ resources outside of Allegheny County? Was there a queer community before Corporate Pride took shape in 2006? Where is it safe to live? Where is it welcoming and affirming to work? Have we come far in the measure of your own life?

Add your story. Read the existing posts. Share the project with friends and neighbors.