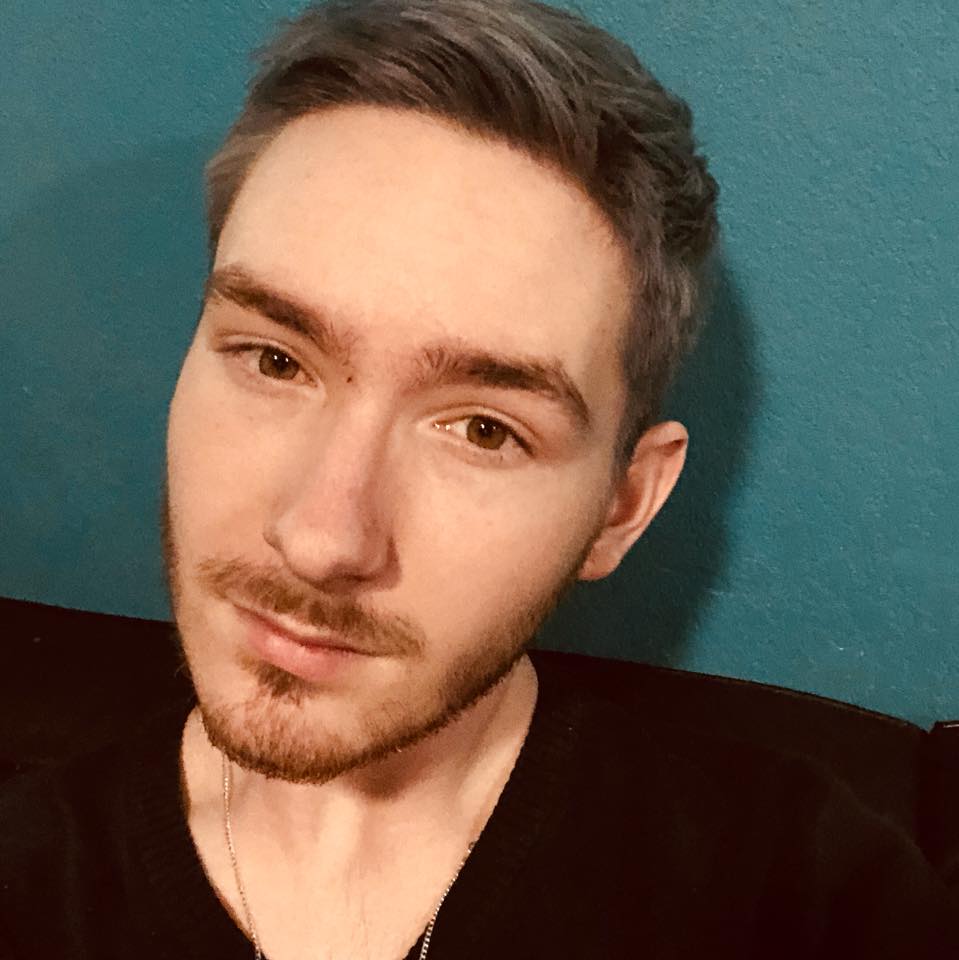 How do you describe your identity? Gay

Please describe your coming out experience. Where did you find support? What challenges did you face? I fully came out after the Pulse Nightclub shooting. I have O neg blood, and I was (and still am) furious that I couldn’t donate to those that needed it simply because I had sex with another man. I found nothing but support when I came out, since everybody honestly already knew and they were waiting for me to find the right time to say it.

How would you describe yourself NOW in terms of “being out”? Out and Proud, and never looking back.

Tell me about the first LGBTQ person whom you met. What impact did they have on your life? I was scared of him. I was only ten so I believed the lies I’d heard of the LGBTQ community. As I grew, that fear turned into pride and a desire to never hide myself away again. He lost almost everybody when he came out, and I want to be part of the generation that ensures that never happens to anybody ever again. I suppose it’s also my way to apologize to him, since I can’t do it in person.

Past or present, favorite LGBTQ character or creator in television, film or literature? Please tell us why. Mad Moxxi from Borderlands. She’s sarcastic, sensual, lives sexual innuendos, left the life she knew for a better one, and she’s open about her experiences with men and women.

How do you stay informed about LGBTQ issues? I’m mostly friends with LGBTQ people on social media, so I never miss out on what’s happening thanks to them.

Describe your geographical community. Pittsburgh, in my opinion is about 70/30 pro LGBTQ. Much better than West Monroe was, but we still constantly hear about slurs and hate crimes here.

Describe your local or regional LGBTQ community. On the right track but needs help. There’s still a lot of misogyny and racism in the community. Not to mention the fact that we like to forget that L and G aren’t the only letters. There’s so much stigma against the bisexual and trans community that it makes me sick, not to mention the reactions towards the other sexualities and other gender identities. We should be more accepting of EVERYONE. Those that came before us didn’t struggle so we could in turn start excluding people like people had done to us.

Have you ever experienced discrimination based on your identity? Specifically, in a job setting, when applying for housing or while in public.  While in public I’ve certainly been called slurs, but I just find them funny. Like the guy who angrily told me to “go eat a pickle” when I said I was gay, as though it was an actual insult to tell me that. No physical aggression has been shown yet though.

Have you experienced microagressions based on your identity? Think everyday indignities & slights that you experience, but would not characterize as discrimination. Please describe in your own words. Once my boyfriend and I were in a chocolate shop, and the worker froze, crossed his arms, and essentially didn’t acknowledge our presence. We left without purchasing anything as a straight(possibly straight passing) couple came in and guess what? They were offered every free sample they had and treated as though they were King Midas.

Tell us about your access to health care in Western PA. Has it been LGBTQ competent (or not?) I’ve run into incompetence, but I’m unsure if it was if it was just the doctors own failing or not. I do however expect it to be LGBTQ competent. The only reason it wouldn’t be would be some form of prejudice whether it be from the doctor or said doctors teachers refusing to educate them about us. In both cases, they shouldn’t work in the medical field as prejudice has no place there.

Are there issues impacting your LGBTQ neighbors that aren’t visible or part of the local dialogue? I’ve heard of certain bars not allowing people of the Trans community to use their preferred bathroom, even to the extent of throwing them out.

What would you like to see elected officials do to improve life for LGBTQ Pennsylvanians?  fight to save planned parenthood! They have a plethora of safe sex practices for the LGBTQ community, many of which are unfortunately unknown as they aren’t regularly taught in schools. They also provide necessary healthcare that people, both inside and outside the community, desperately need but can not afford.

Please share a lived experience, anecdote or fact about life as an LGBTQ person in your community. I’ll never forget this woman at pride. She was walking up to everybody and asking if they were accepted at home. Regardless of your answer she’d ask for a hug and tell you that if you needed her, she’d be your mother. It was so sweet and that act of kindness still brings tears to my eyes.

Beyond discrimination, what other barriers create challenges for your LGBTQ neighbors? All of the barriers I can think of honestly stem from some form of discrimination.

What LGBTQ friendly resources are available for your neighbors? Proudhaven and planned parenthood are the two biggest ones I can think of.

What is your greatest fear for the LGBTQ community in Western Pennsylvania?  My greatest fear is the rise in hate, discrimination, and violence we’ve seen since the previous election. If people don’t get out and vote, it will only get worse the second time around.

What is your greatest hope for the LGBTQ community in Western Pennsylvania? That we will FINALLY stop separating ourselves over stupid things and come together as a community.


What pieces of local or regional LGBTQ history would you like to preserve and why? The liberty avenue gay bars are fading, with even pride being moved. Liberty Ave houses where I met a lot of my friends and where I first experienced the sensation of being around people like me, specifically There Ultra Lounge. It’s like the city is trying to push us to shady side, and I’d just hate to see the bar that allowed me to truly become comfortable with myself disappear.

What can allies do to support your LGBTQ community? Donate to organizations that help us

How can gay men and lesbians support the bisexual, transgender and queer members of our community? Just realize that they exist and are valid? That they’ve gone through the same, if not harder, struggles we have? It’s not that hard honestly.

What motivated you to take part in this project? The hope that it will help spread awareness that we’re people like anyone else.

Finally, what question should I have asked? Please also share your answer. What have you done to help the community? I’ve performed in shows where all of the benefits are donated to Proud Haven and Planned Parenthood, as well as reached out to well known influencers and told them of Proud Haven and asked them to donate, most recently gay YouTuber MacDoesIt who said he would look into donating. I also do these sorts of questionnaires every chance I get as a way to spread my voice about topics and issues within our community.