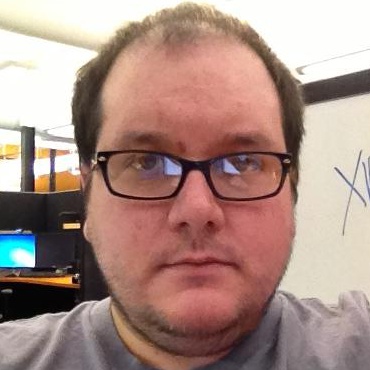 Marriage equality is great, but it has overshadowed our greater fight.

How do you describe your identity? white gay male

Please describe your coming out experience. Where did you find support? What challenges did you face?  Growing up in homophobic small town PA, my coming out was difficult. I had no support. In 3rd grade they started calling me gay. This didn’t stop until I graduated. I first realized that I was gay at 12 or 13. I spent that time until age 19 trying to convince myself that I was straight. Obviously that didn’t work. I had my first sexual experience at 19 on the last day of classes at Mansfield University of PA in Mansfield, PA. After that experience, I said to myself, “I think I must be gay.” My “first” never contacted me again. After I left college, I was extremely depressed. This lead to my “suicidal” summer. I never tried anything, but I was close. I moved to the big City of Pittsburgh at age 19 in 1999. I experimented with dating guys. This helped me explore my “new” sexual orientation. I moved to Long Island in 2000 at 20 and first came out to my co-workers. They accepted me 100% and didn’t care that I was gay, In the same year I came out to my mom, who had no problems with it. My dad was a bit different. He has since lost his then current wife and is now out of the closet. He was probably hurting as much as I was.

Share your LGBTQ story with this archive today. Learn how.

How would you describe yourself NOW in terms of “being out”? I’m out to everyone but the people that I currently work with. Coming out at work is awkward for me. How do you bring up the topic? That said, I don’t hide my sexual orientation. I mean, hey, jasoncable.com clearly states my orientation.

Tell me about the first LGBTQ person whom you met. What impact did they have on your life? That would have to be several gay male theater folk at the local community theater in my hometown. To me they were just normal people who just happened to be gay. They didn’t impact my life.

Past or present, favorite LGBTQ character or creator in television, film or literature? Please tell us why. George Takei of Star Trek fame. He’s out; he’s proud; he’s funny. My favorite celebrity lesbian is the financial wizard Suze Orman. When she had her TV show on CNBC she was extremely supportive of LGBT callers.

How do you stay informed about LGBTQ issues? I sometimes see stuff on social media, but I usually get my news from the HRC.

Describe your geographical community. Urban, Pittsburgh: fairly LGBT friendly, but not as much as folks in the NY Metro area. When I lived in NJ and Long Island, the people just didn’t care that I was gay. Everyone was extremely accepting–Republican and Democrat alike. I don’t think Pittsburgh is as accepting, but I have had no major problems.

Describe your local or regional LGBTQ community. I live in Shadyside, a neighborhood of Pittsburgh. The people on my street are super LGBT friendly. My next door neighbor is a gay man in his late 60s.

Have you ever experienced discrimination based on your identity? Specifically, in a job setting, when applying for housing or while in public.  Yes. I was working as a software programmer as a contractor. When I was to be hired by the company, Lucas Systems in Wexford, I was harassed by the company’s owner. He told me during the interview that he didn’t want to see any of that “gay” stuff at work. I had been there for 7 months and had never flaunted my sexual orientation. We agreed to to disagree: he would tolerate, not accept my orientation. He was justifying his homophobia through his religion.

Have you experienced microagressions based on your identity? Think everyday indignities & slights that you experience, but would not characterize as discrimination. Please describe in your own words. Unfortunately, we gay men do have certain self-perpetuating stereotypes that follow us around. For example, promiscuity, cheating, etc. My downstairs neighbor recently didn’t believe that I had never cheated on a partner.

Tell us about your access to health care in Western PA. Has it been LGBTQ competent (or not?) Super-duper. I haven’t had any problems. One key determination factor for me is having a primary care physician that doesn’t question why I want an HIV test.

Are there issues impacting your LGBTQ neighbors that aren’t visible or part of the local dialogue? Equality in employment. Luckily I have worked in Allegheny County and/or the City of Pittsburgh which have workplace discrimination protections for LGBT folk. This needs to be as strong an issue as marriage equality was.

What would you like to see elected officials do to improve life for LGBTQ Pennsylvanians? To embrace our differences. Toomey is tone deaf.

Please share a lived experience, anecdote or fact about life as an LGBTQ person in your community. I learned that some churches are extremely accepting and welcoming, such as St. Andrew Lutheran on Morewood and Centre in Pittsburgh. More faith communities should be so accepting,

Beyond discrimination, what other barriers create challenges for your LGBTQ neighbors? Being out in a VERY straight profession is difficult. Luckily our barriers are coming down due to more out celebrities and LGBT-friendly, mainstream entertainment. Unfortunately, queer cinema is still segregated.

What LGBTQ friendly resources are available for your neighbors? I know that we have the Persad Center and Delta Foundation, but I have not used their resources or the resources of other organizations,.

What is your greatest fear for the LGBTQ community in Western Pennsylvania?  Discrimination in employment, public accommodations, etc. in the areas of sexual orientation, gender identity, and gender expression.

What is your greatest hope for the LGBTQ community in Western Pennsylvania? Dump some of these homophobic or “homo-un-friendly” politicians. The Republican party needs to be more inclusive and welcoming of LGBT folk and pander less to the nonsensical ravings of the religious right.


What pieces of local or regional LGBTQ history would you like to preserve and why? All of it. We could use a resource of LGBT history in Pennsylvania, if one doesn’t already exist

What can allies do to support your LGBTQ community? Help us get full equality. Marriage equality is great, but it has overshadowed our greater fight.

What motivated you to take part in this project? It has been a long time since I spoke up about anything LGBT oriented. It’s time to get back to that.

Finally, what question should I have asked? Please also share your answer. What are some resources LGBT people should be made more aware of? Answer: The Trevor Project is a national LGBT teen suicide prevention hotline. Good stuff along with Lambda Legal, etc.