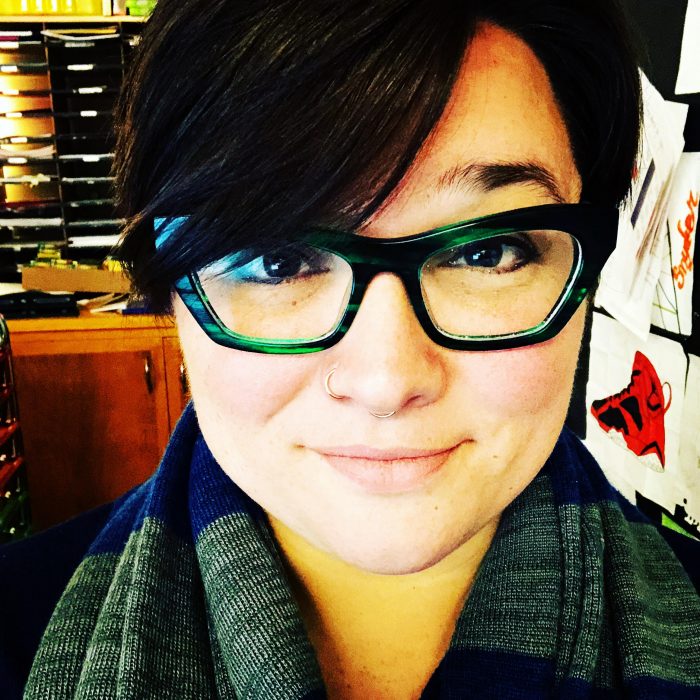 I was very comforted by seeing stories of women like me. Those who came out later in their lives, those who had families and marriages. If my story can help even one person to feel seen, then I’m grateful to have participated.

How do you describe your identity? cis female, lesbian

Please describe your coming out experience. Where did you find support? What challenges did you face?  When I first acknowledged the fact that I was gay, I was living with my husband. Prior to that, I had always considered myself as bisexual, however I eventually realized that was not the case. That realization was at once liberating and terrifying. I was married. I was a mom. I was a teacher? What would people think? What would people say? Would my friends accept me? What about my students and their families? I remember feeling extremely alone. It was a little over two years ago when I was finally able to come out to my husband. It was awful. We had been married for a long time, and it was really scary to say out loud the thing that I had wondered about for so long. It was hardest to tell him, i think, because I felt that I was betraying him, even though I had actually been betraying myself.

After telling my husband, we spent the next year trying to figure out what everything meant for us as a couple and as parents. Eventually we separated. It was around that time that I began to tell more people. With each person I told, I felt a little lighter. It hasn’t been easy, but my husband has been as supportive as possible. I’m very fortunate.

This past October, on Coming Out Day, I announced it to the social media world. The response was overwhelming. I’m still in awe of it. I realize that I have a unique story, and that there are many people that do not have the same outcome. I do not take that for granted for even one second.

How would you describe yourself NOW in terms of “being out”? My friends and family know I’m gay, and I’m no longer hiding it, however the place where I still struggle is with my work. I am a teacher in an elementary school. I’m still trying to figure out how to navigate that part of my life. I would like to be able to be out to my students so that they are able to see the LGBTQ+ community normalized. My district does a great job with the Middle and High School students, but there is still much work to be done at the Elementary level.

Tell me about the first LGBTQ person whom you met. What impact did they have on your life? I’m not sure if this is the first LGBTQ person I met, but probably the most important person would be the woman who would eventually become my stepmom. Through meeting her, I was able to experience a community that made me feel comfortable in a way that I didn’t understand until much later. Having her in my life has been invaluable.

Past or present, favorite LGBTQ character or creator in television, film or literature? Please tell us why. Idgie Threadgoode. I’m pretty sure I had a crush on her when I was young, and the love she and Ruth share in the book (Fried Green Tomatoes at the Whistlestop Cafe) is something that I wasn’t able to experience in the religiously conservative small town where I grew up.

How do you stay informed about LGBTQ issues? I am constantly reading: the news, books, blogs, etc. I try to get as much information as possible.

Describe your geographical community. I think Pittsburgh is better than it’s reputation, if that makes sense. I recently moved to Dormont, which had it’s own mini Pride celebration. I love that.

Describe your local or regional LGBTQ community. This is hard. I believe that visibility is getting better all the time, however I do feel it is hard to connect to the community. I think it has a lot to do with my age. Being older and coming out later in life, I feel removed from the LGBTQ+ community a lot of the time.

Have you ever experienced discrimination based on your identity? Specifically, in a job setting, when applying for housing or while in public.  No – again I know I’m very fortunate.

Have you experienced microagressions based on your identity? Think everyday indignities & slights that you experience, but would not characterize as discrimination. Please describe in your own words.  Not yet.

Tell us about your access to health care in Western PA. Has it been LGBTQ competent (or not?) I have no issues.

Are there issues impacting your LGBTQ neighbors that aren’t visible or part of the local dialogue? I believe there is a lot of education and outreach that needs to occur, especially around the transgender/non-binary community. To me, that seems to be the hardest for people to wrap their heads around. Because of that, I know that some people avoid certain situations/places so that they don’t have to be uncomfortable or make someone else uncomfortable.

What would you like to see elected officials do to improve life for LGBTQ Pennsylvanians? I want LGBTQ education to happen in our schools starting at an early age. The more it is normalized, the less bias and hate we will see.

Please share a lived experience, anecdote or fact about life as an LGBTQ person in your community. I think the funniest story I have is when a substitute teacher (a gay man) was discussing a woman he had discovered was in a relationship with another woman. He said, “But I thought she was married! She has kids!” My response: “We do exist, you know!!” It was funny, but also goes to show that our assumptions determine so much of what we perceive to be true.

Beyond discrimination, what other barriers create challenges for your LGBTQ neighbors? Mental health – I think there are so many people in the LGBTQ community who are dealing with feelings of unworthiness, either because of their families or their own disappointment in themselves. That takes a toll on one’s mental health.

What LGBTQ friendly resources are available for your neighbors? HRC, GLSEN, PFLAG, etc.

What is your greatest fear for the LGBTQ community in Western Pennsylvania?  I think my greatest fear right now is that the division between Delta and People’s Pride will not be repaired. I think if the two groups were to be able to come together, it would do so much good for the community as a whole.

What is your greatest hope for the LGBTQ community in Western Pennsylvania? See above.


What pieces of local or regional LGBTQ history would you like to preserve and why? I’m not sure, but I would love to learn more about the local history.

What can allies do to support your LGBTQ community? Allies can speak up and support things like teaching LGBTQ issues in our schools

How can gay men and lesbians support the bisexual, transgender and queer members of our community? Speak up. Stand up. Work to come together, rather than continue the divide.

What motivated you to take part in this project? I was very comforted by seeing stories of women like me. Those who came out later in their lives, those who had families and marriages. If my story can help even one person to feel seen, then I’m grateful to have participated.

Finally, what question should I have asked? Please also share your answer. What challenges do you face as a person coming out later in life?