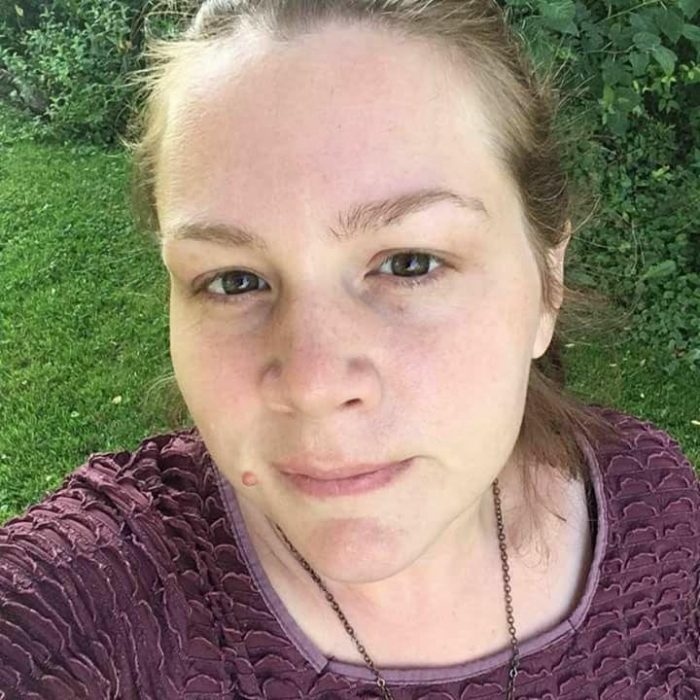 How do you describe your identity? female bi-ish lesbian

Please describe your coming out experience. Where did you find support? What challenges did you face? I consider that I came out just in the past month, although a few people knew from long since, just that being out was never an option for me until I started making some other major life changes, including ending a dysfunctional marriage of 14 years. Most of the challenges I had to face related to not validating myself as a person for a really long time, and coping with internalized homophobia and a total lack of community.

How would you describe yourself NOW in terms of “being out”? Joyous. I haven’t been this happy in a long time. I think I’d learned to bury what mattered to me so far down, and I’d given up on choosing anything in life for myself (as opposed to what other people needed or expected from me, including my children). Now I can hear myself think. I feel proud, too, and indignant that there’s still fear out there towards the LGBTQ community. Angry that there’s so much I didn’t know, frustrated with tropes. I’m out to challenge fear now, because BEING matters so much.

Tell me about the first LGBTQ person whom you met. What impact did they have on your life? To be honest, I don’t have any LGBTQ people in my life, and only casual acquaintances in the past.

Past or present, favorite LGBTQ character or creator in television, film or literature? Please tell us why. I’m really just learning. I do remember feeling excited as a teenager, that people like Ellen and Rosie O’Donnell could be out and still part of my world, which felt so far removed from the gay community as I perceived it. Now, I’ve made it a project to educate myself, find heroes, fill in the history that was intentionally withheld from me.

How do you stay informed about LGBTQ issues? online

Describe your geographical community. Where I grew up, it wasn’t open at all. It would still be a bit scandalous if I came out to people I know there. I remember some rather traumatizing things that happened to other people who were out, and I never felt that honoring my orientation was even an option. Now, I’m not sure where I live. I know there are allies, and I know there are some outspoken close-minded people in my community as well. But I think this varies widely from neighborhood to neighborhood here in the Pittsburgh area.

Describe your local or regional LGBTQ community. I haven’t made contact with anyone yet. I live in the suburbs, where LGBTQ seems rather invisible. Except for me and my rainbow socks.

Have you ever experienced discrimination based on your identity? Specifically, in a job setting, when applying for housing or while in public. No

Have you experienced microagressions based on your identity? Think everyday indignities & slights that you experience, but would not characterize as discrimination. Please describe in your own words. Nothing outside of general homophobic attitudes in people around me, but nothing recent.

Tell us about your access to health care in Western PA. Has it been LGBTQ competent (or not?) I haven’t gone to the doctor while out yet. I wouldn’t expect to receive poor care, although I really don’t know. Would people automatically assume things about me?

Are there issues impacting your LGBTQ neighbors that aren’t visible or part of the local dialogue? I feel like LGBTQ is entirely invisible in my neighborhood. I don’t know the people in my immediate community well.

What would you like to see elected officials do to improve life for LGBTQ Pennsylvanians? Validate our existence as regular people from all walks of life. Tolerance and acceptance isn’t enough.

Please share a lived experience, anecdote or fact about life as an LGBTQ person in your community. The moment that comes to mind is actually when my sister got married, and she had her reception dinner. My parents were there to meet her friends, among them a gay couple who’d recently gotten married. I wondered how my parents would respond, since I thought from the religious ideas I grew up with in our household, they’d be really awkward or avoidant, but my mom congratulated them. I had to pick my jaw off the floor. I think to me it means not writing people off. I believe people outside the LGBTQ community can change, with education and contact. That said, I’ve decided not to come out to my own parents as some sort of declaration, at least not right now, because I feel like it would be an apology, and that’s not right. I’m just going to be myself and hope for the best. I have nothing to apologize for, and that realization, too, feels wonderful. I’m proud of this.

Beyond discrimination, what other barriers create challenges for your LGBTQ neighbors? Maybe lack of events in the suburbs? I know there are lots of events closer to town, not so much in my immediate area.

What LGBTQ friendly resources are available for your neighbors? The libraries. I’ve taken out so many books. It was a total swagger-walk for me, marching out of the library with my first LGBTQ book with Gay and Lesbian in giant font on the cover. And I’ve taken out many books since. And online forums have been a lifesaver. Facebook groups helped fill the gap and have been very welcoming, so vital since, as a single mom with two young kids I can’t get out much.

What is your greatest fear for the LGBTQ community in Western Pennsylvania?  I think for education and resources to just not reach outlying areas. Rural PA doesn’t experience as much contact with diversity, and I think there are bastions of fear out there. I hope that steadily changes.

What is your greatest hope for the LGBTQ community in Western Pennsylvania? For gender identity and sexual orientation to become non-issues, outside of celebrating our similarities and differences.


What can allies do to support your LGBTQ community? Integrate. Meet LGBTQ people. Learn about history, and LGBTQ contributions. Challenge “just tolerance” and challenge “just acceptance,” which still privilege straight cis-gender people as a norm.

How can gay men and lesbians support the bisexual, transgender and queer members of our community? I’m not sure.

What motivated you to take part in this project? The desire to stand up and be counted, I guess. To tell my story, although it’s probably far from unusual.

Finally, what question should I have asked? Please also share your answer. I’m not sure. I’m interested in the intersection of my newly claimed identity and my family, since I have young children. My older son will definitely have issues with accepting me as out, from perceived attitudes in the community. Having kids also makes it much harder for me to get out of my immediate neighborhood and meet other people. (Add to that that my kids are Autistic, so even family-centered events could be hard for me to attend with them.) I’m not sure how to overcome this, but I will, eventually.