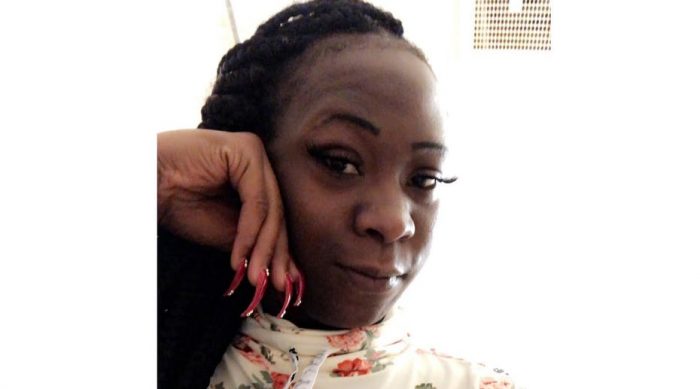 Jaida Peterson was a 29-year-old Black trans woman living in Charlotte, North Carolina. Her death on April 4, 2021 makes her the 15th transgender or gender nonconforming neighbor to be killed this year.

From WCCB Charlotte (misgendering and deadnaming at site)

The Charlotte-Mecklenburg Police Department is investigating a homicide after finding an unresponsive person in a west Charlotte hotel room Sunday afternoon. Officers responded to a hotel located on Queen City Drive around 1:50 p.m. after receiving a welfare check call. Upon arrival, officers found an unresponsive person in a room. Police say Medic responded and pronounced the victim, identified as a 29-year-old, dead at the scene.

Her death was deemed a homicide by police. The organization Charlotte Uprising held a vigil for her on April 9 and raised funds for her funeral, held on April 13. The kindness of neighbors, known and unknown, to wrap Jaida in love for her final arrangements is the only beauty here. But it is powerful.

Originally from Florence, South Carolina, Jaida’s social media feeds reflect her love and affection for her friends. She deserved so much more.

Jaida is the sixteenth trans, nonbinary or gender nonconforming person reported killed in 2021. Fifteen of these neighbors have been BIPOC. She is the twelfth victim who identified as Black.  In total, there have been SIXTEEN murders or suspicious deaths in the first 77 days of 2021, an average of one death every 4.8 days. So far. That we know of as many deaths go unreported or unacknowledged.  Note – in this summary, I include suspicious deaths that as you can read below are often later confirmed homicides.

Rest in power, Jaida. You deserved a long life filled with joy and happiness. I am sorry we lost you. May you memory be a revolution.