From Planettransgender comes word of the death of yet another young Black trans woman.   Bianca “Muffin” Bankz was 31 years old.

Bianca “Muffin” Bankz a trans woman of color was found murdered in her apartment Sunday, January 17, 2021. Details surrounding her death are murky, but friends say but that her life was taken by a man in her home, who ultimately took his own life.

From Channel 11 in Atlanta:

Atlanta Police are investigating two deaths after the victims, described only as a male and a female, were found dead along a major Atlanta route on Sunday evening.

Police said they responded to the area of Joseph E. Boone Boulevard and Troy Street around 8:30 p.m. after a caller said he had found his friend shot inside an apartment.

Upon entry, police said they found a male and female dead from apparent gunshot wounds. Police added that one of the victims’ injuries appeared to be self-inflicted but didn’t say which. Authorities did not provide an age for the victims or suggest whether they were adults or juveniles.

Muffin grew up in foster care and did not have a relationship with her biological family. Her best friend and roommate, Africa, became her family. They had recently moved into their own apartment with the support of the Trans Housing Coalition. Muffin had recently started her medical transition and had a dream of competing on RuPaul’s Drag Race.

A vigil took place this past Friday and I wanted to share the lovely poster because it reflects the love people had for this young woman. The Trans Housing Coalition is handling all funeral expenses. 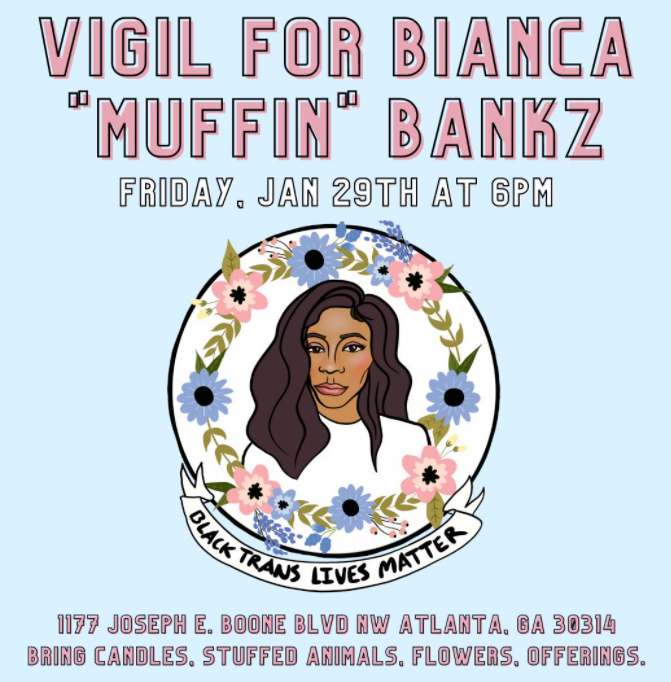 Rest in power, Muffin. You deserved to be treated with kindness and respect, not this violence. I am so sorry this happened to you and hope you find comfort knowing your friends have not forgotten you.

We are also still monitoring these supicious deaths from 2020 (in addition to the 44 documented killings.)