Another tragedy involving a trans neighbor unfolded Monday, February 22 in Ambridge, Beaver County, Pennsylvania when a 48-year-old mother shot both of her young adult children in the head, killing them at the scene inside the family home. 22-year-old Jasmine Cannady and younger brother, 16-year-old Jeffery ‘JJ’ Bright died. JJ has been repeatedly misgendered and deadnamed by local media, prompting a local LGBTQ youth organization that he attended to correct the reporting

He has been called JJ (Jeffrey) and used he/him pronouns since age 12. This was how he was referred to by family, friends, and school.

Stations like WTAE corrected their reporting to state that JJ was transitioning. That is not quite accurate. He had socially transitioned four years ago. Other aspects of his transition are not relevant to the reporting that he was a young man. Or anyone’s business. Don’t speculate. Don’t jump to conclusions. Don’t use his identity as a launch pad for your own anti-transgender agenda. He was a boy, get it right.

JJ’s cousin is diligently following up on all of the misgendered FB posts and articles. They ask that if you correct content, please use the hashtag #hisnamewasjeffrey to help them in their efforts. JJ and Jasmine deserved to be alive today, on Wednesday, and every day after that. The least we can do is honor their true selves and their spirits

JJ was a participant in PRISM for many years and his older sibling sometimes accompanied him to gatherings. PRISM staff described Jasmine as a “sweet, shy, and artistic soul.” PRISM has organized a vigil tonight, February 23 at 6 PM in Ambridge at P.J. Caul Park, located at 11th and Merchant Streets. No word yet on final arrangements.

48-year-old Krisinda Bright has been charged with two counts of murder and is being held in the Beaver County Jail. The details of the crime scene have been described as ‘gruesome’ by law enforcement. You can read more specifics here via TribLive. She shot her elder child first while they were sleeping. Then went to shoot her younger child, JJ. He begged his mother not to shoot, but she fired twice because the first shot did not kill him. At least this is what Krisinda reportedly told the police who arrived on the scene. I’m sure forensics can confirm those details. What it is important is that we know JJ wanted to live and fought his best to do so. No 16-year-old should have to defend themselves from their parent armed with two guns.

This horrible incident comes on the heels of the violent death of a 24-year-old Latina trans woman, Chynaa Carrillo, in New Wilmington, a small town about 40 miles north of Ambridge. Neither community has non-discrimination protections for gender identity or sexual orientation. Pennsylvania lacks statewide protections and also does not have an inclusive hate crimes law. Given that, it is important to note that the Ambridge School District supported JJ’s authentic identity. I also noted that Chynaa’s employer, The Grove, reportedly also supported her authentic identity.

Two violent deaths of young trans folx, the murder of young adult siblings by their own mother, and all of them identifying as BIPOC is a staggering blow for Western Pennsylvania in a five day period. JJ is the eighth trans or gender nonconforming person reported killed in 2021. All eight have been BIPOC. He’s the second trans male person murdered this year. He’s the youngest.  In total, there have been EIGHT murders or suspicious deaths in the first 53 days of 2021, an average of one death every six days. So far. That we know of.

Rest in power, JJ and Jasmine. Your deaths leave significant voids here for your family, friends, and neighbors. You both deserved to grow up and grow old as siblings, not depart the world this way. Many people will be working to find answers to prevent this from happening to other young people.

My 2x Great Grandmas Speak To Me On Mother’s Day 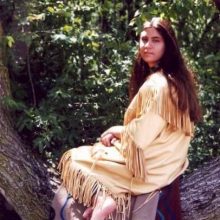 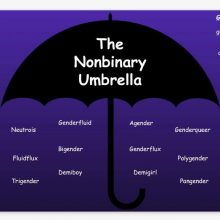