Today is Bisexual Visibility Day, designated to raise awareness and honor the members of our community who identify as bisexual. Through the #AMPLIFY project, we have been able to publish Q&A’s with 70 individuals who identify as bisexual. Please note that this list may not be comprehensive based on how people respond to questions like ‘Please describe your identity.’

Our bisexual contributors have taught me a lot over the past years. I am grateful and honored that they trust me with their stories and experiences. One such change was adding this question to the Q&A “How can gay men and lesbians support the bisexual, transgender and queer members of our community?” in addition to asking about how cisgender hetereosexual allies can support the larger community – we wanted to explore the well-documented experiences of biphobia, among other things, from within the community.

Another ongoing issue is the lack of bi-specific programming in our community groups and organizations in this region. I’m not aware of anything actually with the exception of the BiPgh group that organizes some events and actitivities without any fundings or dedicates resources from groups like Persad, Pgh Equality Center, etc. I would really like to see some organizing to secure funding from The Pittsburgh Foundation, Heinz Endowments, Jewish Healthcare Foundation, etc to specifically target the local bisexual community – funds that are in the hands of the bisexual community, not just allies with good intentions.

The reality that 42% of our community have no allocated resources is rather shameful and dismaying. We can do better.

Here’s to each of you for your courage and contributions.

As you read through these Q&A’s, you will meet parents and teachers and lawyers and doctors. You will see folx who are trans, cis, and nonbinary with respect to their gender identities. Some are Black, some Latinx, and some white. Many live in the suburbs. Some left rural communities to find community in more urban spaces. And many are at least partially anonymous for reasons that they explain in their responses.

I pulled some basic data for context from the Movement Advancement Project research:

I hope you will take some time to read these posts and reflect on the experiences of your bisexual neighbors today and other days. To read more about AMPLIFY, please visit the homepage for the project.

And we’d love to include your story as we move forward if you are bi or an LGBTQ ally to the bi community. Click here to fill out the Q&A. It takes about 30 minutes.

Thank you for your contributions! Happy #BiWeek! 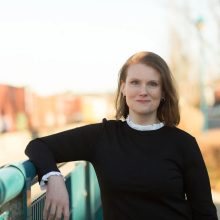