As we wrap up our 13th year of blogging, it is time to look back at the most frequently read blog posts from 2018. My coverage of violence against LGBTQ people, people of color, and women continue to be among the most often read topics. I’m committed to providing that coverage, but loathe that there seems to be no end in sight for these violent epidemics.

For comparison sake, here’s our year-end posts from

Eight out of the top twenty posts are specifically about transgender neighbors whose lives were taken during 2018 by violence, fear, and ignorance. One post was about a trans woman from Mercer County who was sentenced for shooting an abusive coworker at the Wal-Mart where they both worked. Three posts are related to the officer involved shooting death of Antwon Rose and the community’s response.

Three posts are tied to the increasing intolerance and bigotry of the Post-Gazette publisher and the Block family. One post is about the NRA funding local programs in the Pittsburgh region. One post was my analysis of the Allegheny County Children’s Fund ballot measure. And my Q&A with now-State Representative Summer Lee was also in the top 20. The revelation that DA candidate Turahn Jenkins believes LGBTQ people are sinful has remained well-read since I published it. Finally, there’s the #AMPLIFY home page.

School violence, workplace violence, domestic violence, violence written into our media and violence targeting our media, police officer violence against the community, violence by proxy via the folks who tried to run over protestors and/or complained so much the City restricted First Amendment activity to preserve suburban commuter routes. That theme is very clear.

And one post about a Black woman winning her first election ever in the midst of a lot of that very violence. Make no mistake, there’s hope woven into these posts as well as descriptions of horror. A new alt-paper emerged in Pittsburgh, publishing the cartoons of Rob Rogers locally. People asked a lot of thoughtful questions about the Ballot Measure around how we fund children’s programming, how property taxes work, equity among school districts, and more. People were talking A LOT about policy because of this initiative. People who aren’t buying Turahn Jenkins’ claims to be an ally who thinks we are sinful are also pushing back against current DA Zappala. LGBTQ voices are front and center in the resistance, all of the resistance.

And people are reading the AMPLIFY archive. Your stories – all 279 of them – are part of the narrative of 2018. If you have been meaning to share your story, now is a good time to complete the Q&A.

Take a look at our 20 most widely read posts from 2018. You’ll find out entire archive here. And please let us know what you think about this post or what we should be covering in 2019.

Join us with a donation, investing in this work. 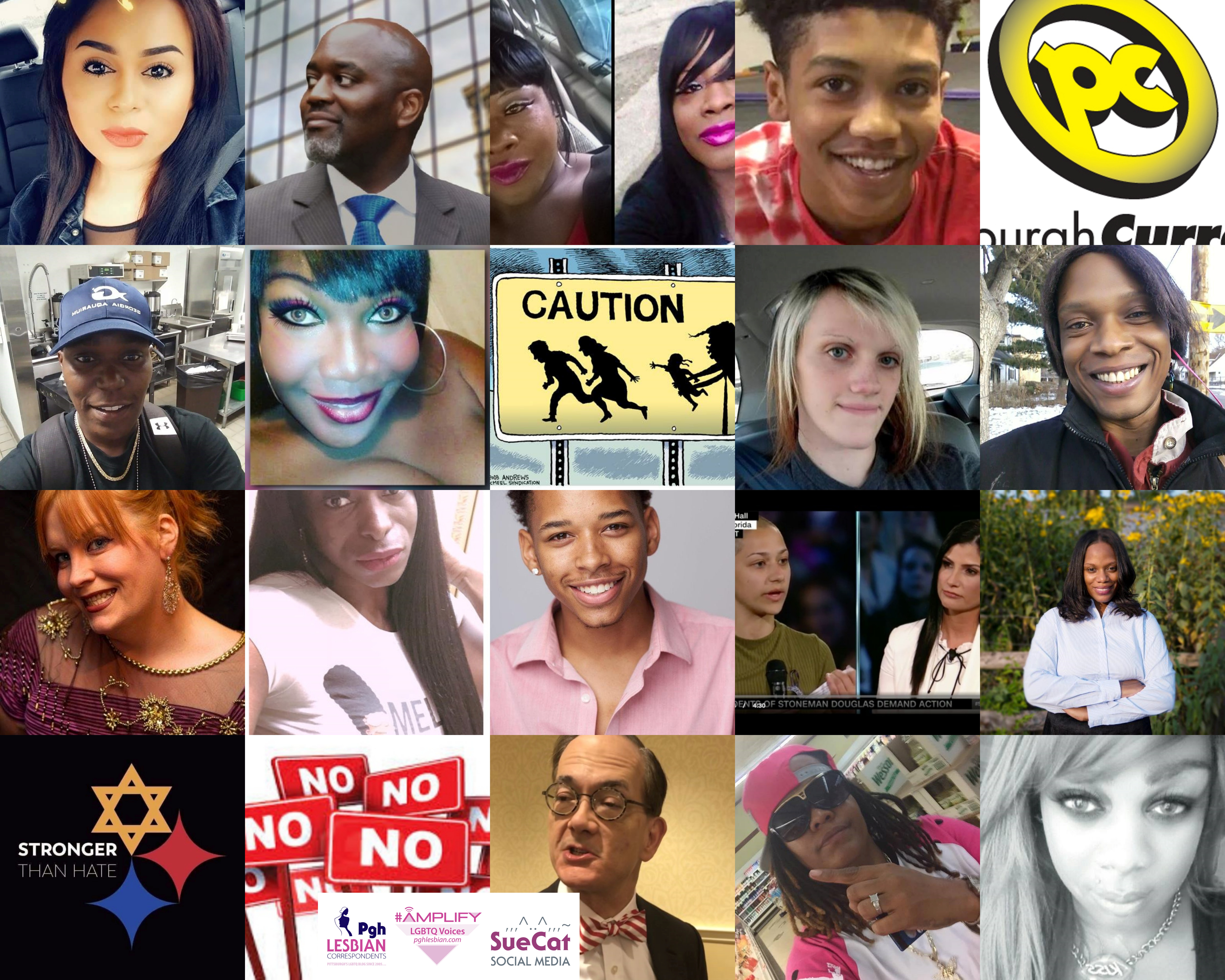