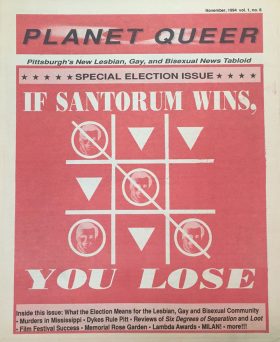 Guest Blog Post by Billy Hileman. Santorum’s pathetic white supremacist rant that erased the archaeological evidence that 50-60 million people lived on the two continents that white people later named N and S America, was surely harmful. CNN should fire Santorum and promise that they will not employ other white supremacists. We knew Santorum was […] 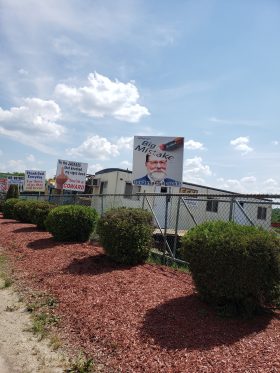 UPDATE below: How did I spend my 4th of July? We took a local road trip out to Belle Vernon/Rostraver to check out rightwing political signs posted on the property of a local business, Elizabeth Equipment Services. I got the tip last night while watching Hamilton (of course) so Ledcat and I decided we would […] 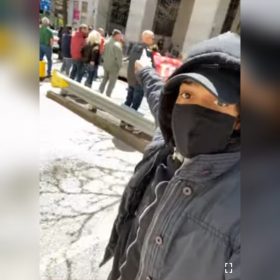 Lorenzo does outreach to people experiencing homelessness, neighbors who are incredibly overlooked right now. he’s been making excellent points that are not on our radar. Did you know street meals have been limited to 3 days a week? I’m appalled to realize I haven’t been thinking about this. Lorenzo went Downtown on Monday to continue […] 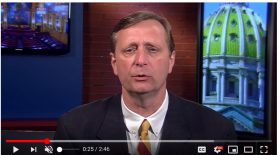 PA State Representative Jeff Pyle has released a video statement about the billboards in Worthington, Armstrong County. He prefaces his video with this written statement: “To the residents who have been calling my office regarding the distasteful and divisive messages appearing on the billboard in Worthington off of Route 422, I want you to know […] 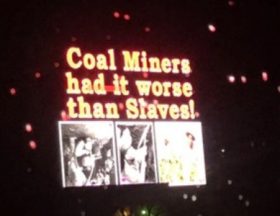 CN: white supremacy, racial slurs, John Placek hasn’t lost any time creating billboards about the not guilty verdict in the trial of Michael Rosfeld for the shooting death of then-17-year-old Antwon Rose. It shouldn’t suprise anyone who has been following his trail of racist, White supremacy messaging. I wouldn’t normally post an image with this […] 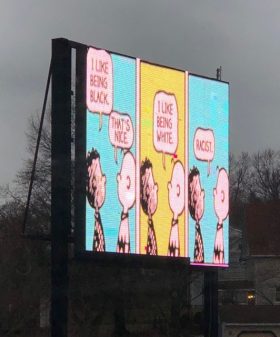 Inflammatory question? Perhaps. John Placek denies that he is a racist white man, but spends thousands of dollars ‘trolling’ Worthington, Armstrong County, Pennsylvania with racist, white nationalist content. And as he told WPXI, he plans to erect two more billboards somewere nearby. When we look at the early deconstruction of white nationalism’s role in the […] 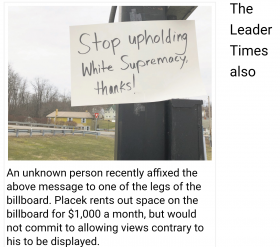 Last week, the Kittanning Leader Times ran a comprehensive article on the racist billboards posted along State Route 422 in Worthington Borough. The article is behind a paywall so if you’d like to read it, you will need to invest either $2.99 for a days access or $20 for a month. The reporter, Jon Andreassi, […] 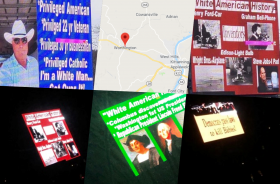 Last week, some concerns were raised about an electronic billboard in the town of Worthington in Armstrong County, Pennsylvania. The messaging is filled with uber-conservative, nasty messaging that is sowing fear in the residents who live in the community and those from neighboring communities who have to drive by on their daily routes. There are […] 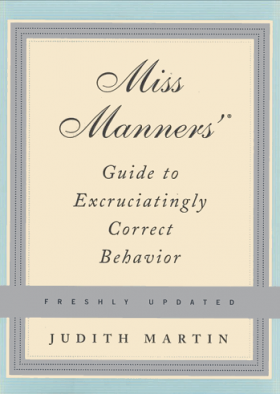 I have a few ‘legacy’ Facebook friends whose politics and personal statements I find difficult to understand, but whose personal actions reflect beliefs that I support. I’ve tried, unsuccessfully, to maintain those relationships out of respect for my partner, family, etc. I wanted to believe that the people who do the good works are the […] 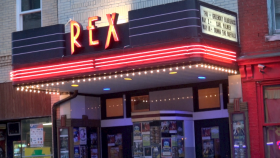 SECOND UPDATE – The show will not be cancelled. Read more. UPDATED Just four days after a huge civil rights victory for the LGBTQ community, I learn that a Pittsburgh promoter is bringing a white supremacist, fascist act to the South Side next week. The group is called “Death in June” (that’s ominous for queer […]