The importance of having a good reputation and work ethic which has been beneficial to me and my clients. My campaign has been focused on one thing from the beginning: taking my message straight to the voters of Allegheny County. We have had one on one, direct conversations with thousands of voters, which have been very positive.

This is the eighteenth post of our election season series ‘Political Q&A’ with progressive candidates throughout Pennsylvania. Candidates can be anywhere in Pennsylvania running for any level of office. Please note that these are not necessarily endorsements, more of an opportunity for candidates to connect with the LGBTQ community, progressives neighbors, and others with an interest in Western Pennsylvania. If your candidate would like to participate, please contact us pghlesbian at gmail dot com.

I first heard of Nicola when I read about the Slate of 8. She has stellar recommendations and too many endorsements to list in a blog post. I was very happy when her campaign reached out to request a Q&A especially with understandable time constraints at this point in the campaign. Her response about the first LGBTQ person she met is especially touching and encouraging.

Your Name: Nicola Henry-Taylor
Your Pronouns: She/Her
The Office You Seek: Court of Common Pleas

I am a heterosexual cisgender black woman, immigrant, and adoptive mother.

Please tell us about an underappreciated or little known asset in the local criminal justice system.

Justice Related Services (JRS) offers an array of supports designed to work with the Allegheny County Jail, District Courts, behavioral health and other community service providers, to assist persons with mental illness and/or co-occurring mental illness and substance use disorder who encounter the criminal justice system.

When I was on the Allegheny County Bar Association (ACBA) Judiciary Committee one of the candidates that I was tasked with researching, and pre-interviewing, was a gay man. He decided to be straight forward with the committee  and I supported him despite the fact that the other Committee members suggested that we gloss over the wonderful work that he did in the LGBT community. I am so proud of  how he presented to the committee and he is now my mentor.

I am passionate about diversity and inclusion in every aspect of my life and career. I am the former chair, and founding member, of the Allegheny County Bar Association (ACBA) Diversity Collaborative, former chair of the Women in the Law Division (WLD), former Chair of the ACBA Board of Governors ad Hoc Diversity Committee and member of Homer S. Brown. The Diversity Collaborative is now known as the Committee for Diversity and Inclusion and includes the ACBA’s affinity group including the LGBT Committee.

Additionally, I currently serve as the Director of Diversity at Duquesne University School of Law and work with LGBT students as they traverse a Catholc University. I am a member of the Dean’s Diversity Task Force, Commissioner of Allegheny County Human Relations Commission, member of the North Hills School District Antiracism Task Force, Member of the Pennsylvania Supreme Court Interbranch Commission for Gender Racial and Ethnic Fairness Law School Workgroup and member of the Pittsburgh Legal Diversity and Inclusion Coalition Recruitment Committee.

I am proud to be endorsed by the Gertrude Stein Political club and Steel City Stonewall Dems.

Based on this, what do you understand to be our top LGBTQ concerns and priorities for the Court of Common Pleas?

LGBTQ people have equal opportunities to build the kinds of families that they feel are most meaningful to them.
In the criminal justice system, LGBT people and people living with HIV/AIDS who have contact with law enforcement should be treated fairly and should not be not singled out for violence.

Since 1982, at least 69 municipalities in Pennsylvania, including Alleghney County,  have adopted local non-discrimination ordinances inclusive of sexual orientation and gender identity. The Court of Common Pleas hears these cases as Statutory Appeals from the Human Relations Commission.

I believe there are 28 candidates vying for 9 seats on the Court of Common Pleas. That’s pretty overwhelming as a voter. Help readers understand how and why to choose whom to support in this primary election.

With nine (9) seats open on the Court of Common Pleas, we have an opportunity to make generational change on the court. There are many good candidates for Court of Common Pleas this year – I would ask the voters to find candidates who have not only promised to be a force for change on the bench but have been working towards change in tier careers.

As you can glean from the below articles, I have attempted to implement strategies for the ultimate goal of a diverse bar and bench:

Finally, I have enjoyed participating in Pride Fest, along with the City of Pittsburgh Commission Human Relations and providing valuable resources to the LGBT Community .  Additionally, I have planned programs, along with my colleagues, that highlight LGBT leaders in the judiciary such as the Honorable Hugh McGaugh and allies such as Sam Hens-Greco, Esq. I have also represented individuals from the LGBT community. For example, I recently completed a samesex adoption of two (2) teenage children related to one of the Adoptive parents.

The Court of Common Pleas is divided into four categories: Civil, Criminal, Family, and Orphan. Help our readers understand the distinctions.

There are a wide variety of cases that each of these divisions hears, but some examples include: Civil division hears civil cases like landlord-tenant disputes; Criminal hears criminal cases like murder, assault, and theft; Family hears divorce/custody cases; and Orphans court hears adoptions and some matters of nonprofit law. I want to be a Family Division judge and be there long term, unlike many judges who seek to get out of Family division as quickly as possible.

Your career includes multiple clerkships. Please explain to our readers what a clerkship entails and how it helps you stand out in this crowded field of candidates?

Judicial Law Clerks at all court levels obtain unparalleled access to, and knowledge about, the judicial process. I had the opportunity to sit in court for trials, sit in chambers and discuss the Judge’s thought process, before drafting orders and opinions. Additionally, as a  Judicial Law Clerk, I was exposed to a wide array of legal issues.

You told the New Pittsburgh Courier “People aren’t going to give you everything because they like you or know you, but when you’re trying to get something done people might listen to you more because they know who you are.” In a region where networks and family political dynasties historically drive so many elections, how do you lean into relationships without creating a new manifestation of the classic “good ole boys network.”

I was referring to the importance of having a good reputation and work ethic which has been beneficial to me and my clients. My campaign has been focused on one thing from the beginning: taking my message straight to the voters of Allegheny County. We have had one on one, direct conversations with thousands of voters, which have been very positive. We have been anti “good ole boys network” by not seeking the Democratic Endorsement and instead launching a grassroot campaign.

As a black woman, an immigrant, and an adoptive mother, my identity has informed lived experiences that I take with me when working with clients dealing with criminal and family law.

The following can be considered in this analysis:

Do the sentencing factors vary by offense? Does it matter if the history shows long gaps between offenses or if the offender was on legal status at the time of the sentenced offense? Each individual should be looked at as an individual and not just a number in the system.

To what extent do sentencing factors such as acceptance of responsibility and cooperation with authorities, collateral consequences of the offense for the offender, multiple counts, and restitution paid at great sacrifice affect judicial assessment and sentencing? To what extent do factors associated with given sentences vary by plea bargain versus sole judicial determination?

When we talk about reforming the criminal justice system, people are understandably wary of the trope of hardened criminals loose on the streets to rape and pillage without consequence or deterrent. I don’t think we always understand that this trope and even our fear is a consequence of mass incarceration, too. How do you speak to the everyday citizen in a way to help them understand these nuances?

The Judicial Reform Coalition, which I am a member of, has emphasized that in Allegheny County:

Why does it matter that we have representation in race, gender, ethnicity, and other identities as judges?

Having different identities represented creates different perspectives, diversity of thought, and lived experiences that inform decisions that judges make. If our justice system is only one race, gender, ethnicity, then it cannot fully understand the diverse population that comes before it.

Your website has a Spanish language page. I don’t think I’ve come across that on candidate sites very often. Why did you make that choice?

I deal with a lot of clients that are immigrants or speak English as their second language or not at all. Language access is a critical piece of making our courts more accessible and is something I frequently encounter in my work. I have tried to model the type of judge I would be as a candidate by providing this resource.

Why did you agree to complete this Q&A?

My team and I are committed to making sure that we bring my message to everyone that we can and be as transparent as we can about my campaign’s priorities. We’ve made an attempt to as many questionnaires as possible.

Tell us about the Slate of 8 and why you signed on.

The Slate of 8 is a group of candidates being supported by a handful of PACs and political organizations dedicated to making positive changes to our justice system. I was proud to be endorsed by them and have their support throughout my campaign.

Tell me about your endorsements and supporters.
I am proud to have a long list of supporters, including more than one hundred (100) lawyers and many elected officials. You can see the full list on my website here: https://nicola4judge.com/endorsements

I am Highly Recommended for the Allegheny County Bar Association.  I have represented gay couples in Protection from Abuse proceedings, Adoption and related matters. 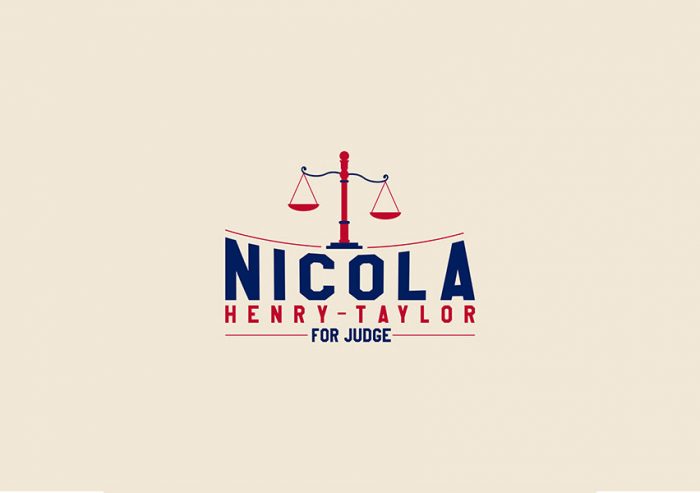