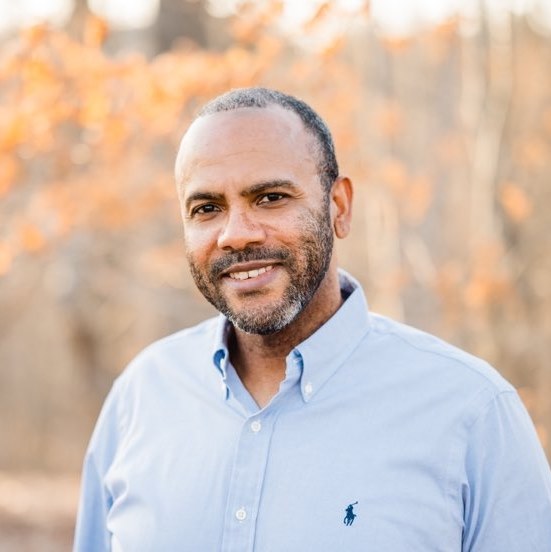 [A] friend from my elementary school days. The daily cruelty and open hostility they were subjected to, coupled with my inability to act – out of fear of similar treatment, still haunts me, and inspires me to craft a world where bigotry is abnormal and not tolerated. I want children to feel a sense of safety that my friend never knew. Instead, they had to develop a strength to withstand abuse that goes beyond what a person should have to endure.

This is the sixteenth post of our election season series ‘Political Q&A’ with progressive candidates throughout Pennsylvania. Candidates can be anywhere in Pennsylvania running for any level of office. Please note that these are not necessarily endorsements, more of an opportunity for candidates to connect with the LGBTQ community, progressives neighbors, and others with an interest in Western Pennsylvania. If your candidate would like to participate, please contact us pghlesbian at gmail dot com.

I met Val a few years ago through a mutual friend. He was serving on Bellevue council and experiencing some vicious racist harassment. I admire his steadfastness in the face of so much vitriol. So when I learned he was running for Mayor, I was pretty excited. Bellevue is essentially our neighbor to the North and a place where we spend a bit of time and money.

Your Name: Val Pennington
Your Pronouns: He/him/his
The Office You Seek: Mayor of Bellevue Borough

Please tell us about an underappreciated or little-known asset in Bellevue.

I think the unique thing about Bellevue is its diversity. It is particularly distinctive for an inner ring suburb to have a population of people of color that exceeds the national average. Our underrepresented population needs to be more entrenched in the community, and the resulting acceptance should lead to even greater diversity. I’d like to see Bellevue be a sort of haven that is known for being welcoming to groups that have been less welcomed historically.

Without going into too much detail – out of respect and privacy for the individual, the person that comes to mind is a friend from my elementary school days. The daily cruelty and open hostility they were subjected to, coupled with my inability to act – out of fear of similar treatment, still haunts me, and inspires me to craft a world where bigotry is abnormal and not tolerated. I want children to feel a sense of safety that my friend never knew. Instead, they had to develop a strength to withstand abuse that goes beyond what a person should have to endure.

I have marched in the Pride parade downtown, as well as attended other events at the Persad center. I seek to be the best ally and advocate I can. I will look to this community for guidance and will listen to those leaders.

Based on that, what do you understand to be the priorities of the LGBTQ community in Bellevue?

This is a question that I am currently trying to find the answer to. I pledge to have an open door to listen to the community. One of my focuses here is youth, and I know that we need to do better by our LGBTQ youth. We must ensure their safety, both physical and emotional, and demonstrate that this town (and world) is theirs as much as anyone’s. I supported flying the Pride flag for Pride month (over Borough hall, and at my residence) last year, and will continue to raise visibility and enact positive change.

Your biography states that while on Borough Council ” I’ve fought for more considerate, civil, thoughtful discourse between elected and appointed officials, Borough employees, and citizens.” Please explain with examples of changes in that discourse.

Bellevue council meetings in past years were an exercise in toxicity and disrespect. Before I was president I pushed for a code of conduct and a social media policy that would address these behaviors, with appropriate consequences. The president at the time rejected that idea, but when I assumed that mantle two years later, I put it into motion. I also run a tight ship at the meetings, and do not allow them to devolve into the ad-hominem attacks that were previously occurring. I model respect in my own communications with Borough personnel, and advise my fellow councilpersons to treat all elected, appointed, and other staff with dignity and respect. I continually stress the acknowledgement of everyone’s humanity and time, and to eschew the combative mindset that was prevalent previously.

30% of Bellevue residents are non-white, but you were the first person of color elected to Borough Council in 2017. What are the unique barriers preventing other people of color from running for municipal office? What can the parties, the residents, and existing elected leaders do better to address those barriers?

The non-white population has been slowly shrinking the last few years. Even with slightly higher than national average POC population, Bellevue (in my opinion) has never had the best reputation for being welcoming to BIPOC. The POC here are overwhelmingly renters (by statistic). Bellevue has not seemed like an option as a permanent home for this population. The expected apathy regarding local government that follows results in zero representation. In canvassing recently, I have encountered residents of color (including children) who have never had one of their local leaders knock on their door. When I introduced myself as current council president and mayor candidate, eyes lit up. Like the saying says, “You can’t be what you can’t see”, and not only do I embrace being that inspiration, but I want to actively bring more POC to the table.

Tell us what can about the BIPOC communities in the Northern Boroughs.

I would say there are BIPOC residents in the Northern Boroughs, but there doesn’t appear to be any connection towards common goals. I would love to see our BIPOC residents join together forming more of a metaphorical village. What the North Boros needs is more shops and businesses run by, and that cater to that population. Right now, there’s a dearth of those and BIPOC need to venture elsewhere for those needs. We need more BIPOC owned businesses, in Bellevue and I look forward to being a facilitator towards that end.

You, other members of Council, and the current Mayor were sued under the Sunshine Act for authorizing $20 to display Pride flags in Bellevue. That seems like an incredibly petty move to suppress LGBTQIA+ affirming steps. How did that resolve? And will there by Pride flags this year?

I cannot comment on pending litigation, but my hope is that the flags will fly again during Pride month and beyond. I feel that council must not be influenced by frivolous litigation, or specious and bigoted commentary. The individual that brought the lawsuit is on the ballot as the Republican mayor candidate here in Bellevue.

What are you going to do about the property tax versus income tax debate for local revenue?

The debate you speak of is not one being had by the Bellevue government-but the Northgate School district. Because of that, my only purview is that of a citizen. I have attended several of the Tax Commission meetings on the topic and have spoken at the public hearing. I am doing my best to ensure that the harm this shift would inevitably cause will not fall onto the already disproportionately affected residents- renters of which the black population in Bellevue is 90%. I’d like to see our elected officials focus more on helping all of the people they serve – as opposed to trying to benefit businesses and property owners.

Bellevue is known for an emerging progressive base and for a slew of local business owners who are proud Trump supporters. What does this dialectal opposition tell us about the community?

To paraphrase Madison in “Hamilton” – we’re in a battle for this Borough’s very soul. I think the progressive mindset in growing, whilst the other is quickly becoming the minority. That’s the very definition of progress. The residents I speak to care about social justice and economic fairness. This community is headed in the right direction, and I’m excited to have whatever new council will be in place after this election. I believe that a shift to a more progressive-minded council will better reflect and represent the will of the people.

You are part of the “NoBo Progressive” slate. Tell us about that coalition and why it matters.

Even with an overwhelming registered Democratic majority here, our local government has been dominated by conservatives, and Democrats in name only who have taken advantage of that majority. Those people were propped up by organizations that either claimed to be for Democrats or obscured their actual purpose altogether. NoBo Progressives was founded by a group of people with unwavering progressive mindsets and are open and proud about that. This organization has carefully vetted each candidate it has endorsed – and is committed to de-mystifying local government, and the process necessary to get involved. Besides myself our entire slate is made up of first-time candidates that each bring to the table a passion and skill set that will create a powerful agent for change.

As the saying goes “Oppression for one, is oppression for all”, and I’m a firm believer that I must stand up for members of all underrepresented and marginalized groups. As a black man, I know firsthand what crushing oppression feels like due to my own lived experience. I understand that individuals from other groups experience oppression in sometimes similar overlapping ways, but also completely different ones. My political perspective is definitely shaped by this recognition of intersectionality, and I strive for increased sensitivity on this matter. I’m inspired to knock on every door in the Borough to meet with and give voice to all of our residents.

Tell me about your endorsements and supporters.

I have received so much support – be it in person, on social media, and with votes, from people in the community that I don’t even know personally, but I am very grateful for. My lifelong friends that I grew with up in the City of Pittsburgh give me love and strength. Old friends and acquaintances that are now spread all over the country continue to bolster me. I am endorsed by NoBo Progressives, but just as, if not more important is the support of my Wife Molly – the counsel with whom I could not do any of this, and my wonderful children – Phineas & Darla & Dash in Georgia, as well as family near and far. I am also spurred by the memory of my dear and beloved parents Marvin and Lydia Pennington.

Continue to listen to women, our LGBTQ+ community, people of color, and the less-abled. Do your research. Stay true to your convictions. Don’t let people convince you politics don’t matter. Insist that your voice be heard. Vote!

I can be found online at https://www.facebook.com/val4abettervue and donations can be made to https://www.noboprogressives.com/donate. 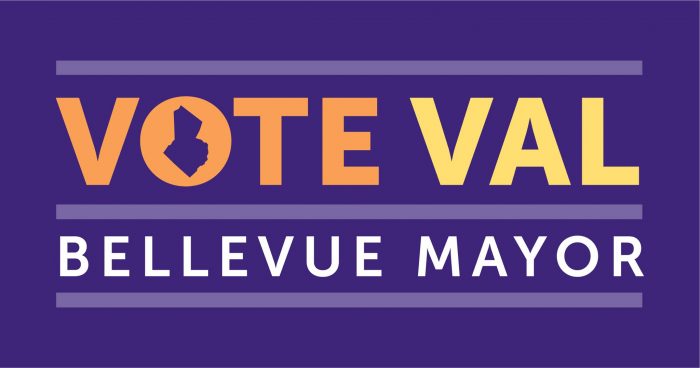