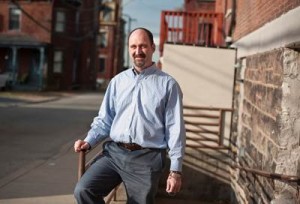 How do you describe your identity? father, gay male, spiritual and social worker

Please describe your coming out experience. Where did you find support? What challenges did you face? I came out to friends and family my first year of college. The friends I hung around in high school were all closet gay men as well. In our first year of college we all came out to each other in turn. All though we all knew inside we and they were gay and since everyone in school always told us we were gay (in not such nice ways) it was not a surprise. I came out to my family that year as well. My siblings were supportive and not surprised, my mother was somewhat devastated and forbid me from letting my dad “it would kill him.” It did not kill him when we discussed it many years later. That one line from my mother made rebuilding our relationship difficult there after.

How would you describe yourself NOW in terms of “being out”? Friends and family all know. Most of my work associates know that I am gay although I don’t make the sort of public declarations I did when I was younger.

Tell me about the first LGBTQ person whom you met. What impact did they have on your life? The first person I met was when I was about 14 in a restroom at a JC Penney in the East Hills Mall. It was a sexual experience , he was about 16 or 18. Outside of other similar sexual experiences I did not meet and actually talk to another person from the LGBTQ community in a non sexual way until college.

Past or present, favorite LGBTQ character or creator in television, film or literature? Please tell us why.  Ellen’s coming out was powerful. I grew up with Jody from SOAP which was not the ideal imagery but at the time it was helpful to see the situation being dealt with in a family unit.


How do you stay informed about LGBTQ issues? mostly through mainstream media (npr) I rarely look on-line at gay media or even in print

Describe your geographical community.  Pittsburgh like any city has its problems but overall it is a place where I feel very comfortable being open about my sexuality. My work and living neighborhood are both welcoming and the neighbors in both communities have been open and welcoming.

Describe your local or regional LGBTQ community. I feel like my personal community is more a part of the larger community these days. I rarely interact in strictly gay settings (other than the bath house) most of my interactions are in settings that welcome the LGBTQ community and are a mix of persons from varied backgrounds. When friends and I dine out or seek out entertainment it is not at “LGBTQ” settings. when I was younger that felt more important but as I have grown older and society has become more welcoming I no longer feel that need.

Have you ever experienced discrimination based on your identity? Specifically, in a job setting, when applying for housing or while in public. Once back in the 1980’s when I applied for a position as a bartender at a place I worked for several years as a waiter the owner said no because he felt the patrons preferred a straight bartender. Other than that I have not had an experience that was overt. I would guess some jobs I applied for over the years did not respond because they perceived me as gay however I don’t really know for sure.

Are there issues impacting your LGBTQ neighbors that aren’t visible or part of the local dialogue? poverty. I do believe far more LGBTQ folks are struggling in poverty–especially the ones also dealing with MH or D and A issues. The mainstream LGBTQ community never addresses this segment of the community. From my experience I would guess that like the population in general the percentage of our community who struggle in poverty is a comparable number –10 to 20 % of those in poverty are LGBTQ

What would you like to see elected officials do to improve life for LGBTQ Pennsylvanians? pass legislation to assure that discrimination in housing and employment is illegal

Please share a lived experience, anecdote or fact about life as an LGBTQ person in your community. Back in the 1980’s I taught elementary school (5th grade) at a catholic school in Greenfield. The principle knew that I volunteered at the AIDS Task force and asked that I teach the middle school classes the new AIDS lesson being sent out to the schools. The sweetest girl in the class chimed in during the lesson “I know we should feel bad for the people that get this from blood transfusions but we don’t need to feel bad for the gay men because they deserve to die.” After the moment of horror passed we had a discussion about Jesus’s love for all his children.

Beyond discrimination, what other barriers create challenges for your LGBTQ neighbors? Perceptions that exist that suggest that LGBTQ folks are more economically well off then their straight counterparts. often this leads to people feeling pressure to keep up and putting themselves into unmanageable debt leading to long-term problems for them and their families.
Accessibility to mental health services and housing which adequately address their needs.

What LGBTQ friendly resources are available for your neighbors? GLCC and PERSAD
as well many local churches

What is your greatest fear for the LGBTQ community in Western Pennsylvania? I think passage of legislation to make discrimination illegal is the top priority. I believe things are headed in the right direction in the urban settings but stories I hear from rural areas seem far less hopeful. the benefit to statewide legislation is that there would be one message out there to the whole state. It would not stop the hate but it would help those that are struggling feel safer

What is your greatest hope for the LGBTQ community in Western Pennsylvania? the coming generation of straight young people. they are by far more receptive and more eager to embrace difference then our generation. Social and mainstream media have played a huge role in helping to make our lives and our stories more a part of the larger story.

What can allies do to support your LGBTQ community? be present at actions and events

How can gay men and lesbians support the bisexual, transgender and queer members of our community? stop making comments about bisexuals simply not admitting their homosexuality and helping support trans issues and causes

What motivated you to take part in this project? public humiliation from the creator of the survey–guilt is a powerful tool

Finally, what question should I have asked? Please also share your answer. how do you perceive that your level of openness effected the straight people in your life–positive and or negatively