Very sad news coming out of Detroit, Michigan – the tragic murder of a third queer person in 2015.

The National Coalition of Anti-Violence Programs (NCAVP) has learned of the homicide of Melvin, a 30-year-old black gay identified male shot to death on Monday, October 5, in Detroit, Michigan. According to media reports, a friend of Melvin’s stated that he identified as gay and male, although he sometimes dressed in feminine attire while working. At the time of his death, Melvin was dressed in feminine attire.

“Our deepest condolences go out to Melvin’s family and friends at this tragic time,” said Emily Waters, NCAVP Research and Education Coordinator at the New York City Anti-Violence Project. “His death speaks to the need for a societal shift where instead of being at risk for violence and homicide for his identities, Melvin would be celebrated for them.”

Melvin’s identity matters and even though it is complicated, we must invest the effort to understand his life in order to bring some justice and peace to his death. Understanding his life is not about arguing if he identified as transsexual or as a crossdressing cis black man. Understanding his life is about honoring the person that he was, how he lived his life and trying to determine the truth of how he identified. It really doesn’t matter what labels we affix to him. His life matters, not our perception of his life – that’s a reflection on us.

Rest in power, Melvin. Your story is part of a tale that weaves throughout the nation and the community. Your name is not forgotten and your death will not be in vain. We will change the world with your name on our lips.

In the land of the free, we should be able to express our authentic selves freely and without fear for our physical safety, but this is not our reality. In the land of the brave, we lead the way. Because in this world, openly expressing your gender or sexual orientation in a way that mainstream society regularly demeans, discounts, and objectifies is revolutionary.”

Melvin and I are revolutionaries. Will you say the same? 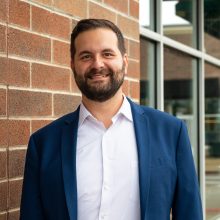