Our friend Yajagoff Catcher from YaJagoff website weighs in and sums it up nicely.

A few weeks ago, fellow social media-ite and new friend, Sue Kerr, let us know that, based on her online opinions, she was being bullied.  Well, bullying was a “kind” word for what was happening.  This wasn’t just someone threatening to give her a wedgie at recess.  This was someone using nasty slurs and threatening to harm her physically. 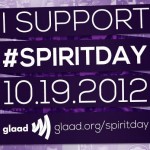 It’s 2012 and this stuff STILL goes on?  Actually, it appears that this stuff may go on even MORE due to an increased number of people expressing their opinions on the internet.  And, when another person opposes that opinion, behind the mask of a silly profile name like “Cute Kitty” or “Sloppy Dog,” the “opposer” uses slurs or phrases like “How about if I come over there and beat your ass!” to get their point across instead of posting opposing research or check-and-balance questions to challenge the author’s opinion.

Even one of Pittsburgh’s most popular and opinionated social media personalities, Hutch Bailie, Jr. of Burgh’s Eye View, commented on behalf of Sue via the Pittsburgh Blogger’s Facebook page:

I’m glad nothing serious came of it Sue. You and I have had some heated discussions and I hope those don’t fit into this category. Politicians and media types have done a real good job of polarizing the nation with accusations of racism, misogyny, class war and homophobia in damn near every speech or news hour.

And we are glad that no harm actually came to Sue as well.  But it sucks that she had to endure tension and seek legal help because of such a…. well.. we’ll get to it…

Sue even took our own blog to task on a few opinions.  And, while we may differ in opinion, we certainly didn’t threaten her.

No idea what goes through people’s minds that make them think it’s ok to bully or even threaten violence over a difference of opinion.  But what we DO realize is, most hateful opinions come from ignorance or a lack of understanding or even TAKING the time to understand the other person’s opinion.

So to Mr. I-Have-No-Idea-How-To-Express-An-Intelligent-Opposing-Point-of-View-Without-Showing-My-Muscles-or-Without-Showing-My-Ignorance-Through-Threats-and-Derogatory-Slurs, Halloween is coming up.  Most reports are that Obama and Romney masks will be the most popular.  However, we heard that a mask of a Social-Media-bigoted-Bully will be popular also.  And we hear that the mask company is on their way over to take a mold of YOUR face to manufacture this new mask, Ya Jagoff!

Editor’s Note > While I have had differences of opinion with Hutch and YaJagoff, it has never deteriorated into any sort of uncivil behavior. We’ve been able to talk things out either privately or in public forums and simply agree to disagree. The fact that Hutch acknowledged the situation speaks volumes about people with different views getting along.