I first learned about this story at Pridefest a few years ago.  Erin Davies has her vehicle vandalized, including homophobic graffiti and the always original tag “Fag.”  Erin took action and began driving the vehicle around the nation to educate people about homophobia.  Sure enough, she drove in the Pride March that year.

Erin is back in the region, speaking in Fayette County and showing the documentary she made during her journey around the nation.  She speaks on Thursday, February 24, 2011.

Instead of letting the incident deter her, Davies decided to take her car on a 58-day road trip. Her goal was to capture people's reactions to her car on film and turn it into a documentary titled “Fagbug.”

Davies' presentation will include a viewing of the documentary and the telling of the story of her transformation from hate crime victim to hate crime activist. People will also have the opportunity to see the “Fagbug” automobile at the campus from 9 a.m. to 5 p.m.

I love that she claims the title activist, too. 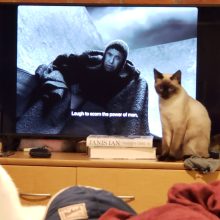 I Watched ‘The Tragedy of MacBeth’ With My Cats 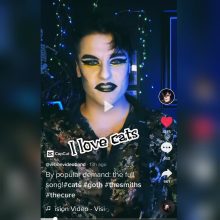