In mid-October, I received several reports of a disturbing new advertisement on local radio stations. The ads claimed that President Biden and other Democrats were supporting policies that forced children to transition. The reality is that the ad itself used lies and unscientific claims to terrorize transgender children and their families. It repeated conservative arguments against minors receiving gender confirming medication treatments or being permitted to use bathrooms that align with their gender identity. These are not facts. They are not a different way to looking at an issue. They are traumatic cudgels used to win points at the polls regardless of who gets hurt.

According to FCC filings, the ads were accepted by eight local radio stations: KDKA 1020 AM, Y108 WDSY and WAMO 107.3  owned by Philadelphia-based Audacy; 96.1 KISS (WKST), WDVE, and WXDX owned by I Heart Radio; 92.9 FM owned by WPNT Media Subsidiary; and 99.7 WSSH owned by Renda Broadcasting.

The ads were sponsored by America First Legal, led by former Trump advisor Stephen Miller. Similar radio commercials have been broadcast across the country during October.

The immediate objective was to get the ad off the air to stop the trauma. Allies began contacting the stations and key advertisers or broadcast partners. The on-air talent at 96.1 KISS FM stood up for the trans community, putting their jobs on the line to do the right thing and station management pulled the ads. We expected other stations to follow suit. But we were wrong.

Pittsburgh Public Schools negotiated with WAMO to remove the ads. WAMO is the broadcast home of the PPS football games and the ads were a violation of the district policies, creating a quagmire just before the WPIAL playoff games.

I reached out to Kevin Acklin, President of the Pittsburgh Penguins and asked for his help with their broadcast partner, WXDX 105.9. He responded that he had already made a call and was shocked the ads were still running. He kept pushing I Heart Radio and finally reported they agreed to pull the ads on all of their networks – it remains unclear if that meant nationwide or just the Pittsburgh market. Acklin also told me that I Heart Radio would be putting tools into place to prevent this from happening again, but the network has yet to provide clarity on that process.

I also reached out to the Pirates Diversity, Equity, and Inclusion (DEI) team. Their Vice President of Broadcasting began talking with their broadcast partner, KDKA and was able to report a successful outcome after a few days.

I would have reached out to the Steelers, but I did not have a contact person. Perhaps someone else did. I don’t know, I can only recount my own experiences.

At the end of the month as the ad buy ran out, the only station that refused to pull the ads was WSSH 99.7, the station that bills itself as ‘Pittsburgh’s Home for Christmas Music.” I’m fairly confident that is no longer the case, not even for the Grinch or Christmas Nightmares.

While I am pleased the ads stopped, it was an exhausting few weeks that took far more effort than was reasonable to pull these ads.

Imagine being a parent driving your child to school when this ad comes on. Your hands are on the wheel so you cannot safely flip the station or turn down the volume. What do you do?

Imagine being a trans person who slides into a rideshare after a long day at work when this ad comes onto the radio. You are literally stuck in someone’s backseat on a busy highway with nowhere to go. This driver will know where you work and live.

The same scenario played out at gyms, hair salons, restaurants, bars, barber shops, grocery stores and more. Broadcast radio is suddenly an ominous threat to children by its very nature of being an immediate, live source of entertainment and information. There are no trigger warnings and Pittsburgh’s radio stations have collectively demonstrated that they cannot be trusted to protect children.

Nothing ‘good’ came out of this situation. People were deeply hurt and traumatized by the content and the refusal of the radio stations to listen to the community. The thought of working with the stations to offset this trauma is overwhelming, but it is necessary work.

However, we now know that the Penguins and the Pirates are true allies to the trans and queer communities, not just during Pride month. We know that some local on-air talent deserve our esteem and appreciation for taking a huge risk for the sake of the greater good. And we know that no other on-air talent were willing or able to take that same risk, not even within the same broadcasting company. We know that two local media outlets covered the story while all of the TV affiliates remained mum.

And we know that the clarion call to #ProtectTransKids is as vital as ever. We cannot rely on institutions, including the media, to make decisions grounded in accuracy, fairness, and decency.

We have to literally plant signs that send a different message.

Pittsburgh LGBTQ Charities has produced and distributed over 1000 #ProtectTransKids yardsigns along with thousands of stickers and pens. To request a sign, sticker, or pen, visit bit.ly/ProtecTransKidsSigns 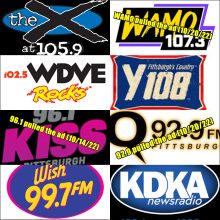 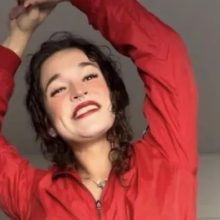 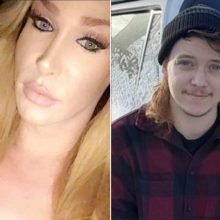