I am not a fan of the Steelers, most specifically because of Ben Roethlisberger’s history as a sexual predator and the team’s embrace of the ‘he found Jesus/wife/kids’ solution to the fallout. I’ve been quite glad to see that amidst all of the hoopla about his retirement, the stories of his sexual violence are still there, forever a part of his legacy no matter how many trophies he wins.

To be fair, I also live about a mile from Heinz Field so have to live with the boorish behavior of the fans who have about as much respect for the Northside and Manchester in particular as they do for the Ravens. The parking, the traffic snarls, the litter, the public drunkenness are just things we learn to live with because the Steelers as an organization won’t address it. Quiet seething resentment is just a state of mind.

So how do I find myself looking forward to actually watching the wildcard game tonight between the Steelers and Kansas City?

First, I indulged in some kettle chips and sour cream, the best sportsball watching snack there is and being actually hungry for anything these days is a big deal for me.

Insert that the Kansas City team appropriates and demeans Indigenous culture in their iconography.

Second, there is a part of me that wants Pittsburgh to win things that matter. It is good for the economy. It is good for the many people who aren’t paid millions for their contributions to the team. And in a town that is home to the 1972 Immaculate Reception, it is just part of my DNA to root root roof for the hometeam. The original Steelers Fight Song is part of the soundtrack of my childhood. I want good things for Pittsburgh.

Who else remembers this ditty?

Then there’s this very important point – the Steelers have the only Black head coach in the NFL and only three men of color as head coaches total. One Black man as a head coach in the town the created the Rooney rule. I have no particular sort of feeling about Mike Tomlinson per se, but even I can see he has won a lot of games, he oozes the Steelers franchise ethos of work hard and stop worrying about minor crap, and he seems like a good guy.

I don’t love his affiliation with an anti-LGBTQ church. I don’t love that he fails to hold Roethlisberger and other young men accountable for their horrifying behavior, while trying to teach other young men how to grow up as decent men. But I do see that he does invest himself in the City, he does have a gruff sort of ‘FU’ edge that would fit right in with most of the working class folks of all genders I grew up among in West Mifflin, and so forth.

It is eye-rolling laughable how quickly people want to fire coaches when the team makes one fumble, literal or figurative. Pittsburgh tends to be a bit more loyal about our coaches so calls for Tomlin to resign are inevitably grounded in the racial injustice that permeates everything our region refuses to address.  He is arguable the most high profile Black man in the region, not counting Franco Harris. And while he weathers these racially coded attacks with a lot of privilege, he’s still going to have to get in his car and drive home each day.

In no reality would I call for Tomlin to resign or be fired while Roethlisberger retires into the sunset. Nope. It really matters that Tomlin continue to hold this job and for us to examine why he makes us so uncomfortable. It itsn’t about Big Ben or his religious values. This much I know. Pittsburgh will howl at any hint that the desire to send Tomlin packing is racially motivated, but … yes, it is.

We need more representation across NFL coaching positions to move that institution toward a better place in general. MSNBC host Tiffany Cross took a solid look at this situation over the weekend, reminding us of the very real barriers any aspiring Black coach faces to secure a head coaching job. Tiffany had me hooked this entire segment and now I see the situation a little differently.

I don’t have to support Big Ben or the NFL to support fairness, justice, and equitable access. I can be proud of Pittsburgh and critique our racism wrapped in sportsball fandom ways, just like I do with any other institution.

So I think the NFL will be better off next season if Big Ben is gone and Mike Tomlin is still here. So I’ll get out the chips and watch a few plays, then turn my attention to my laptop while my wife watches the rest of the game. I can live with that. 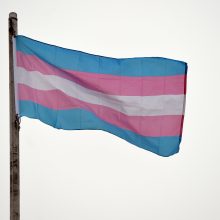