We decided to incorporate Eye Movcement Desensitization and Reprocessing (EMDR) into my therapy. Time has been the major cconstraint, so I’m documenting on my blog as a record for myself.

Previously, my therapist had given me the kit to inspect and try out – she uses two small thumb size paddles attached to the emitter. She explained the process to me and we discussed pros & cons about it.

During EMDR therapy the client attends to emotionally disturbing material in brief sequential doses while simultaneously focusing on an external stimulus. Therapist directed lateral eye movements are the most commonly used external stimulus but a variety of other stimuli including hand-tapping and audio stimulation are often used (Shapiro, 1991).

Finally, we were ready to get started. We decided to focus on a straightforward issue – the sheer terror I feel when someone knocks on my door unexpectedly. This has been a lifelong issue, but has worsened quite a bit in the past year. Note to my friends: don’t ever show up unexpectedly for any reason that is not life or death.

She gave me the paddles, asked me to chose my eyes, and focus on the experience of hearing someone knock on my door. I was not supposed to guide my response, just follow it. So I closed my eyes, imagined myself sitting on our sofa, even the clothes I would likely be wearing as well as what I might be doing – probably working on the laptop with a the tv streaming something in the background. Then I heard the knock.

My heart drops and I freeze. The thought “Oh My God” rolls through my head repeatedly, like a Lost In Space promo warning Will Robinson (and me) to run because something dangerous is nearby. I hear a second voice in my subconscious, another message, but I can’t quite make out what its telling me. I’m frozen and trying very hard to keep breathing. Every fiber of my being wants to get up and flee from the sofa into another room, cowering behind some protection until the door knocker leaves. I’m trying to decide if I should slide down the sofa to evade potential eyes peering through the windows or just sit still until I know they are gone. How will I know? What if they don’t go away? OH MY GOD.

The idea is that reliving the memories helps remove the sting and that the urgency of the memories can be reduced as the brain begins to move them from short-term to long-term memory. The sound or the eye movement is supposed to activate both sides of the brain in an imitation of REM sleep, when the brain usually converts short-term memories into long-term recollections.

We end the session, talk about what happened (I was silent the entire time) and she asks me to do another series, this time focusing on the moment I hear the knock and react. I close my eyes, hear the knock in my mind, and the “Oh My God” thought come rouring back to the front of my consciousness, but suddenly I realize the other message is “They are coming to get me” …

When I describe this to my therapist, she asks who “they” is and I honestly have no idea. To my recollection, I’ve never been forcefully removed from my home or dragged out of anywhere or taken to jail or prison or anything like that. There’s no literal memory attached to this fear.

But the fear is both an immediate sense of panic and a clear message that I am being threatened by someone who wants me to do something I clearly resist. I am not remembering the fear, I am living it out now.

Now I’m as much a conspiracy theorist and connect-the-dots kind of political blogger as the next guy, but I am not as a rule, paranoid. I do not think anyone is monitoring me or watching me or plotting against me. My worst government scenario is a one page FBI file from an accidental contact with an IRA sympathizer in 1993 and the bumbling bureacracy of the Social Security Department. I’m pretty sure that I do not register on most people’s radar much less warrant aggressive surveillance tactics.

I am a survivor of multiple sexually violent assaults during childhood and adulthood, and have had at least two white cis men cyberstalk me in the past ten years – both men that I know who live within a mile or so of my home. I’ve certainly had my fair share of online harassment in a general sense. We live on a fairly quiet block. We have had our fair share of drug dealers, car chases, DEA raids, drunken arguments, bullets shot, and (far too) much domestic violence among our neighbors, but this is not a block that has a high rate of crimes or discomfort – its just a typical urban block where most of the crime is actually committed by the white male property owners who use and discard tenants and have equal disregard for the other people living here. There’s no rational reason for me to fear a knock on the door.

But those are facts that I can bring to mind, they were not part of the EMDR session. I have valid reasons to be anxious and concerned about an unexpected visitor, but not like this.

My post-session side effects were simple – intense thirst, better sleep with surreal but not frightening dreams, and an elevated mood. All carried over to the next day. My therapist expects those to dissipate within 48 hours. We’ll do another session in a week.

I am documenting the dreams as the symbolism is apparently very important. I remember wandering around a giant airplane and being congratulated for my award winning partnership with Frank Sinatra. Yeah, so that’s odd.

The goal here is to reduce my hyperarousal to someone knocking on my door. I have to unlearn the response of absolute panic and fear, while learning new coping mechanisms and associations. I can’t talk my way out of is because the feeling is deeply embedded in my subconscious – I relive some unaddressed trauma via this scenario. That doesn’t mean something bad actually happened involving a door knocking, just that the door being knocked upon is someone entangled with a traumatic experience. It is a real lived trauma, but not necessarily a literal one.

For example, someone might have heard a door knocker in the distance during a traumatic experience. So it is like a trigger even though the door knock was not directly tied to the trauma. The mind ties it to the trauma. On the other hand, it could be that someone knocked and came in to ‘get me’ in some way and I simply have not put the pieces together yet.

These are not recovered memories. I have been aware of them all along, like pieces of a puzzle in a bag. I recognize that piece and also that other piece, but it wasn’t until I removed from the bag and tried putting them on a table that I realized how they connected.

I hope this helps. It could take weeks or months. We are going to work on trauma and anxiety. I still see my pdoc, take my meds, and do CBT “talk” therapy. Life is hard, I need to talk about it.

Have you tried EMDR? 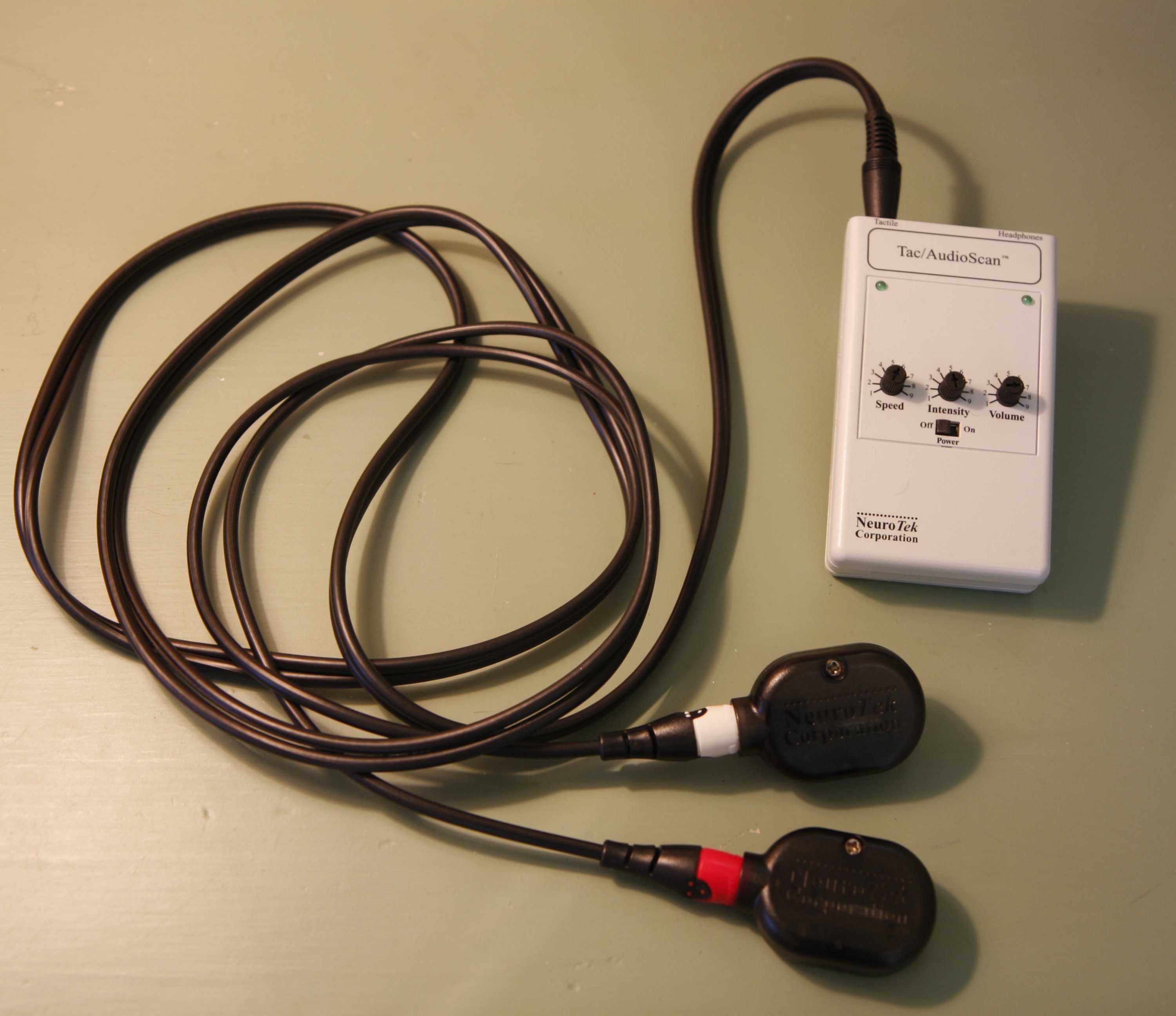