I have a few ‘legacy’ Facebook friends whose politics and personal statements I find difficult to understand, but whose personal actions reflect beliefs that I support. I’ve tried, unsuccessfully, to maintain those relationships out of respect for my partner, family, etc. I wanted to believe that the people who do the good works are the people I know and the rest is based in fear, ignorance, and so forth.

But then I saw these images on Facebook this week. The week that children of immigrants and asylum seekers were ripped away from their parents and stored in cages. The week a 17-year-old Black young man (Antwon Rose Jr) and a 19-year-old Black young woman ( Jazmere Brianna Custis) were shot to death on the streets in Pittsburgh, the former by a police officer and the latter by an unknown person.

These posts (below) from Facebook made me gag when I saw them in my timeline, not just in disgust with the sentiment but at my complicity in tolerating this sort of ugly, misinformed, and violent white supremacy.  These posts ripped away another piece of the shard of glass in eyes, the glass that distorts my affection for people to overlook the active harm they cause in the world. I am guilty, too. 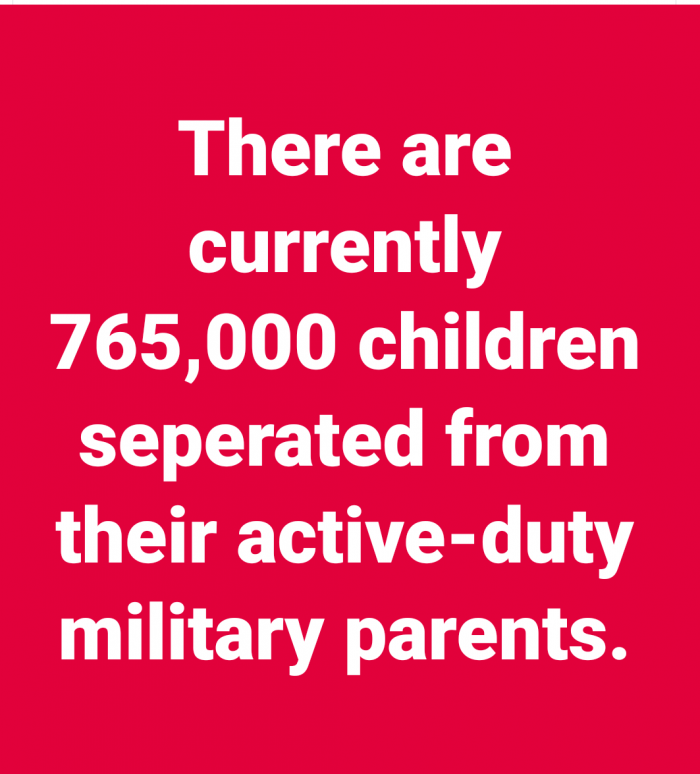 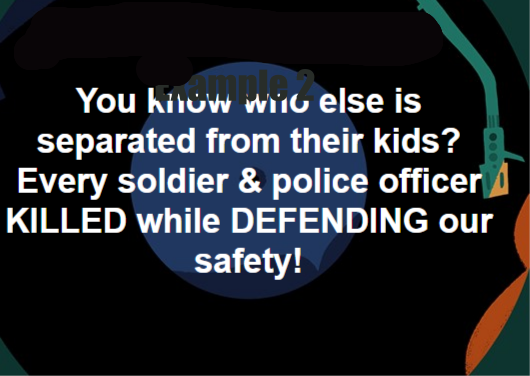 This is the perfect apples/oranges analogy. It reflects the refusal of people to think critically about anything. Police officers and members of the military who voluntarily sign up for their jobs are in no way comparable to people seeking asylum or immigrating for economic reasons. Treating migrants, refugees, and asylum seekers with dignity and humanity is not in any way taking away from the armed forces. It is such an absurd comparison, designed to manipulate people into this ‘zero sum game’ mentality that pits the wrong things against one another.

It is like a child who has been teased for being short retorting “yeah, well your parent’s car is ugly.” What? More importantly, we aren’t children. We are grown-ass adults who should strive to have a basic understanding of civics, domestic policy, and foreign policy. We should be able to understand how racism has played out in our white lives and willing to examine our own lives rather than constantly – CONSTANTLY – being defensive about our own oppressive experiences and hard life experiences. Constantly telling other people how to live their lives and express their hurt or pain. Constantly judging and actively harming people. It is a horrible legacy that our parents passed on to us and we have to stop it.

You cross a decency line when you have to take a hard stance on children being locked in cages. You undo all of the good and generous things you do in this world when you sneer at little children ripped from their parents in ANY situation.

As all of the things that make me, I cannot be the person who continues to try to convince a fool that they are willfully ignorant. I’m just not cut out to be that mediator. I think people who shared the content above are beyond saving. There’s nothing civil about them.

My colleague Melissa McEwan writing about civility at Shakesville has this to say in an eloquent reflection on the call for civility by rightwingers.

It’s the policy of selfishness, of privilege, of insularity, insecurity, ignorance, bigotry, hatred.

And we cannot change their minds. Not with all the civility, understanding, patient explanations, facts, appeals to reason, photos of infants in cages in all the world.

I could not change their minds any more than they could change mine.

And when I’m looking around at Democrats who are anti-choice, progressive women who employ men who beat up & stalk their partners/spouses, community groups whose white guilt keeps them from doing the responsible thing to protect others from a person who behaves badly – when I’m looking at advocates who shame us for not voting while spending their entire social life in a bubble of white queer privilege, when I’m wondering WTF is up with homophobia and transphobia at progressive civil rights events, when I wonder how the hell anyone can go to these inner-city churches that believe in conversion ministries and, yes, when I ask LGBTQ groups hard questions about their leadership’s criminal charges on sexual violence  – I am also looking at myself.

It doesn’t mean I go easy on the rest. It means I have to do better with my moral inventory.

I wish … I wish my life-long friends and family didn’t think children locked in cages is something to leverage for political points.  But I don’t know how to reach them, so I am done. I am going to continue working for a world that is just and peaceful for all of us on my own terms without this need to make other people happy because I feel an emotional tie to them. I feel a stronger connection to the people they are gleefully hurting with their cruelty and bitterness.

Our refusal to be civil is the one thing we’ve got left.

I don’t know how we can coexist as a nation when we can’t agree on the most fundamental issue of basic empathy. I’m not sure that we can. But what I do know is that I won’t abet some sickening false harmony with authoritarian sadists by offering them my capitulation under the auspices of “civility.”

Fuck civility. And fuck anyone who asks me for it.

Support the expansion of AMPLIFY into the Northside’s 18 neighborhoods. Your donation will be matched 100% by The Buhl Foundation. Thank you!