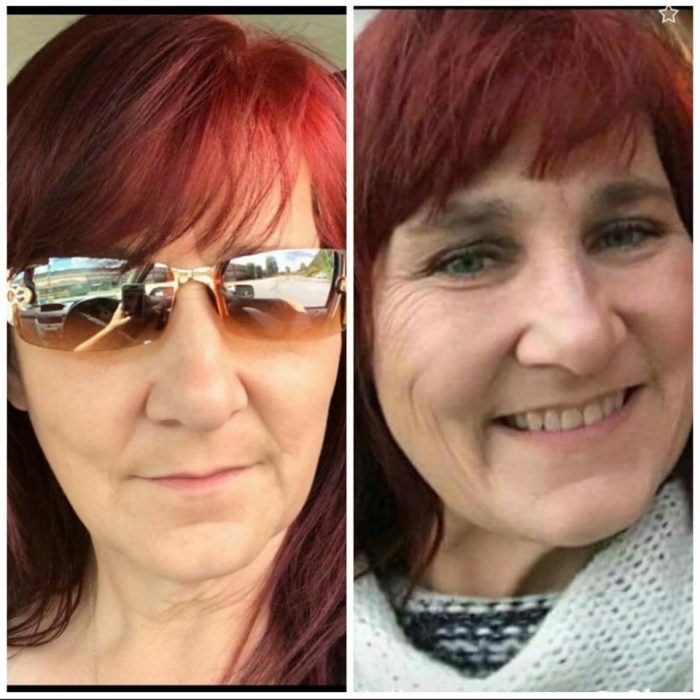 The family and friends of Ann Veglia-Eisler, 48 years old, are asking for your help to locate their missing loved one.

Ann ‘Annie’ Veglia-Eisler turned 48 at the end of November. She’s from Baden, Beaver County, but she was most recently staying with her brother in Upper St. Clair. Ann is a white cisgender woman, a lesbian, 125 lbs, 5’3″ in height, and has red hair and green eyes.

(For the love of God, don’t ask me why I have to mention that she’s a lesbian – is that really what you notice in a post about a human being missing for nearly two weeks?)

Ann was last seen on December 5 when she left on foot from the apartment of a friend with whom she had spent the night. This was in Pittsburgh, possibly on the Northside.

Here is the timeline of events leading up to her disappearance per her friends and family. Edited lightly for clarity.

Ann left the home she shared with her ex-girlfriend in Baden to stay with her brother in Upper St. Clair.  Ann was seen at The Meadows Casino on December 1st with her ex gf with whom she spent the night in a hotel. She left on her own accord with her overnight bag~ actually a pink/blk backpack, according to the unnamed ex-girlfriend.  She somehow made it back to Beaver County (Ambridge Area) per her bank transactions on Dec 2nd & 3rd & headed back to a female friend’s apt on Dec 4th (in Pittsburgh) & asked to crash with her for a few day. On Dec 4th, she was seen at Rivers Casino (by her ex gf) & she attempted to use her bank card at that location. She ended up spending the night with this gf (whom is also very concerned of Ann’s whereabouts) she left her apt on Dec 5th wearing blue jeans with holes in them, with a blk heavy down jacket with a hood & fur like trim, and carrying a pink & black backpack.

So, Ann has recently been to Washington, PA; Ambridge, PA; and Pittsburgh, PA – potentially the Northside.

A missing person’s report has been filed with the Upper St. Clair police. The most recent update is that Ann has not cashed her most recent unemployment check, so there’s been no financial activity since she disappeared.

But here we are – a LGBTQ sister is missing from Pittsburgh, the second report of someone missing in a week. I don’t want to clutter up this missing person’s post with too much details and context. I’ll write a separate post as I did earlier this week.

If you have any information on the whereabouts of Ann, please contact the USC Police 412.833.1113

Please share. Share again. Her family and friends are desperately worried for her. They are organizing search parties and have asked concerned neighbors to print copies of the missing person’s flyer (below) and post in our communities.  Updates will be posted on this FB page. 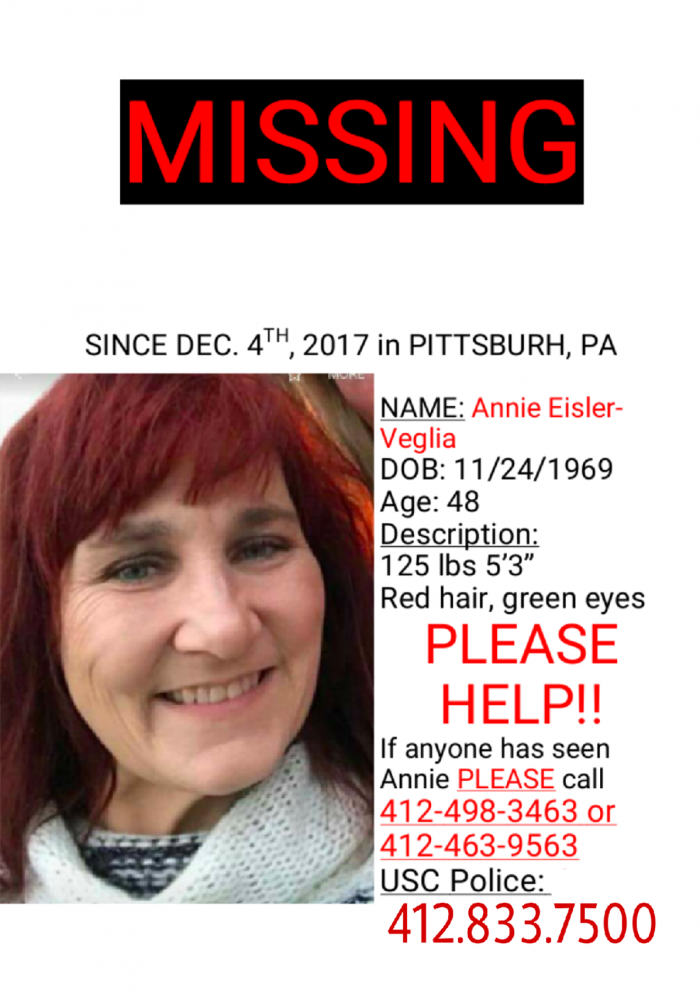