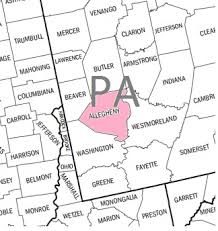 How do you describe your identity? Cis White Male Bisexual

How would you describe yourself NOW in terms of “being out”? I’m out to anyone who asks, and will bring it up freely in conversation.

Tell me about the first LGBTQ person whom you met. What impact did they have on your life? My oldest sibling is Agender(DFAB) and Pansexual. When they came out, the backlash from my parents was intense, they forced them to quit the band and musical program, as they could see their girlfriend at these activities, and had extremely restricted access to communication outlets. This made me really uncomfortable to come out myself, but having a queer sibling made me feel more comfortable as myself in the long run.

Past or present, favorite LGBTQ character or creator in television, film or literature? Please tell us why. Rebecca Sugar. Honestly Steven Universe is the most forward thinking kids cartoon out right now, and the fact that it is on such a prominent channel means that many children will grow up with at least a vague idea of sexuality being variable, along with Stevonnie being canonically nonbinary and using they/them pronouns.

How do you stay informed about LGBTQ issues? Tumblr, Word of Mouth

Describe your geographical community. I went to high school in a very white conservative suburban area, and no one in the school was outwardly against gay and lesbian people, but some were against bisexuals and almost all were against transgender people. My college is urban and I feel is a lot more accepting.

Describe your local or regional LGBTQ community. Honestly I’m not exactly in touch with a greater LGBTQ community, just individuals. Many of my friends are LGBTQ, both locally and not.

Have you ever experienced discrimination based on your identity? Specifically, in a job setting, when applying for housing or while in public. I have not.

Tell us about your access to health care in Western PA. Has it been LGBTQ competent (or not?) I personally have never had any qualms about healthcare.

Are there issues impacting your LGBTQ neighbors that aren’t visible or part of the local dialogue? I don’t believe so.

What would you like to see elected officials do to improve life for LGBTQ Pennsylvanians? Make it easier for trans people to legally change their name and gender on identification

Please share a lived experience, anecdote or fact about life as an LGBTQ person in your community. Although it is less than likely, people who are very religious are not always hateful and recognize that the hate inside their religious establishment is not actually part of their faith.

Beyond discrimination, what other barriers create challenges for your LGBTQ neighbors? The lack of LGBTQ spaces for those under 18 or 21.

What LGBTQ friendly resources are available for your neighbors? Our university has a GSA, but I’m not sure what they can do in terms of being a resource.

What is your greatest fear for the LGBTQ community in Western Pennsylvania? A regression in the treatment of LGBTQ individuals, specifically bathroom laws similar to those in North Carolina

What is your greatest hope for the LGBTQ community in Western Pennsylvania? We get the state to recognize and help transgender people in the professional world


What can allies do to support your LGBTQ community? Show solidarity and vote with the community in mind.

How can gay men and lesbians support the bisexual, transgender and queer members of our community? Understand that a bisexual dating someone of the opposite gender does not invalidate them as LGBTQ people, and for people to stop discluding transgender people from their relationship based on their genitals.

What motivated you to take part in this project? I was linked by my school GSA

Finally, what question should I have asked? Please also share your answer. I think this was comprehensive.