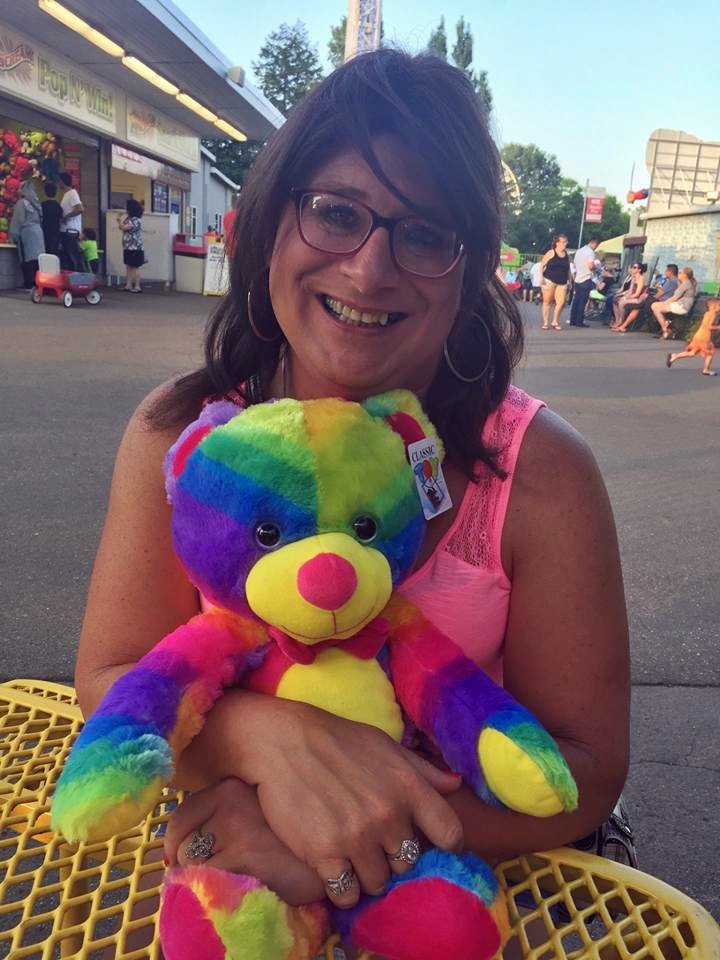 How do you describe your identity? Woman/transwoman/transfeminine

Please describe your coming out experience. Where did you find support? What challenges did you face? My first memory of wishing I had been born a girl was when I was around 5 years old. When I was in the first grade, I recall wearing a pair of my mother’s panty hose to school under my school uniform. Later that day, I was forced into a situation where my parents discovered what I had done and my depression-era father, through the use of a leather belt, made sure I understood that my behavior was unacceptable. At that point, I determined that I would never again let anyone know how I felt. I dealt with this through my teen and young adult years through the “magic” of mild substance abuse.

Fast forward through many years of living a very well-developed lie as a male, marrying, and having children, at about 39 years of age, a very close family member came out to me as transgender. Still not disclosing my feelings, and not knowing how to deal with the news and what it meant for my own life, I began a slow descent into depression and developed a very serious drinking problem, and ultimately separated from my wife. Two years later, after several failed attempts to quit drinking, I received two DUIs in one day. A couple of days after this, my wife learned that I had been secretly dressing as a woman for my whole life. At that point, I quit drinking cold turkey, and I began to try to rebuild my life and marriage. Over the next four years, I was drug and alcohol free for the first time since I was about 12 years old.

At about age 44, my wife and I had a very serious fight. Without getting into the details, I told her to leave, and she went to stay with her sister while I tried to decide if I wanted to divorce her. After about two weeks, while on a walk in my neighborhood, I made the decision to tell I did want a divorce.

The minute I made that decision, a voice inside me said “now you can be yourself” and I was filled with the most intense feeling of the weight of the world coming off my shoulders. This was followed by a halfhearted attempt at being rational, telling myself all of the reasons that was ridiculous and impossible, but by then, the genie was out of the bottle and I knew I couldn’t put it back. So, I stood there on my street and cried profusely, knowing what I had to do. I returned home, called my wife, and told her I was going to seek counseling about gender transition. She returned home to support me, but this lasted only a few more months before ending for good. During this time, I came out to my children to varying degrees of support.

A month after starting counseling, I began hormone replacement therapy and began the process of coming out to my family and friends. Most everyone in my life was accepting, with the notable exception of two brothers who have not spoken to me since. This was followed by my coming out at work, which was a company of about 2500 people, where I received overwhelmingly positive support, and in October of 2011, I began living as my authentic self in aspects of my life.

How would you describe yourself NOW in terms of “being out”? I am totally out to everyone in my life and I am a very outspoken advocate for the transgender community of NW PA.

Is Caitlyn’s story resonating with you? Consider submitting your own responses to our Q&A. It takes about 30 minutes. Storytelling is an excellent way to build community and everyone can participate. Visit our Q&A for more information.

Tell me about the first LGBTQ person whom you met. What impact did they have on your life? When I was in 9th grade, I learned that one of the boys I had gone to elementary school with was gay. This person was always a bully toward me and made my school years very difficult. That changed after I learned that he was gay and we started getting along better. I guess I understood why he acted the way he did, in that he did not know how to express himself other than by lashing out, and since I had gender identity issues, which I believe other people implicitly recognized, I was perhaps an easy target. This knowledge helped me to understand that we never know what crosses people bear that lead them to act the way they do, and I felt badly that he carried such a big secret. I don’t know if he ever disclosed this to anyone else. Sadly, in 10th grade, he committed suicide. I had, on occasion, had my own suicidal ideation, but his death impacted me profoundly, and I realized that it is never the answer and that is causes so much pain to the people who love you.

Past or present, favorite LGBTQ character or creator in television, film or literature? Please tell us why. Jenny Boylan. Her book, “She’s Not There” was a turning point for me and helped me to realize that I could live my life with authenticity.


How do you stay informed about LGBTQ issues? Social media/news outlets

Describe your geographical community.  Erie, PA is Pennsylvania’s “North Coast,” as it is situated on the shores of Lake Erie. It is a somewhat conservative area, yet surprisingly accepting of the LGBTQ community. We enjoy LGBT county-wide discrimination protections. We have a long way to go before we can say the community is supportive, but we make incremental progress all of the time.

Describe your local or regional LGBTQ community. We have a very close and cooperative community. It consists of several advocacy groups and there is very effective cooperation between all identities and orientations. I, personally, am the president of TransFamily of NWPA, which is a transgender support, education, and advocacy organization that operates several transgender support groups throughout NW PA. I also sit on the advisory council of the Greater Erie Alliance for Equality, and have served twice as a board member. I also sit on the Erie LGBT Roundtable Steering Committee. The Roundtable is an organization that brings together LGBT leaders and community members from all of the local groups to share ideas and ways that we can work together toward common goals.

Are there issues impacting your LGBTQ neighbors that aren’t visible or part of the local dialogue? I think that a large part of the LGB community does not fully recognize the full extent of the oppression that the transgender community faces. There are also many opportunities for more LGBTQ people to get involved and provide representation in community organizations and groups. We have made a lot of progress in the last couple of years with getting coverage in local media, which has helped to raise our visibility, but there is so much more work to be done.

What would you like to see elected officials do to improve life for LGBTQ Pennsylvanians? Vote to pass all proposed statewide nondiscrimination legislation.

Please share a lived experience, anecdote or fact about life as an LGBTQ person in your community. After becoming familiar with relational tension/exclusion between the LGB and T communities that has existed in other areas, I am very proud to say that this situation does not exist in Erie. All groups work very closely, fully support each other, and welcome everyone at all LGBTQ events and gatherings.

Beyond discrimination, what other barriers create challenges for your LGBTQ neighbors? Inclusion of minorities, institutional oppression, poverty, lack of an LGBTQ Resource Center serving all ages (our only current gathering place is a bar/nightclub), very limited transgender-competent healthcare services.

What is your greatest fear for the LGBTQ community in Western Pennsylvania?
That the unprotected counties surrounding Erie will experience more anti-transgender discrimination and violence as we become more visible.

What is your greatest hope for the LGBTQ community in Western Pennsylvania? That we will be recognized as one of the most LGBTQ-friendly regions of Pennsylvania.

What can allies do to support your LGBTQ community? Ask how they can get involved! Most groups welcome people from all backgrounds and identities. TransFamily of NWPA is in need of volunteers to help with advancing transgender rights in northwest PA. Please like our Facebook page athttps://www.facebook.com/TransfamilyOfNWPA/ to learn about meetings and opportunities!

How can gay men and lesbians support the bisexual, transgender and queer members of our community? Attend support groups and ask questions. We are not hard to find 😉

What motivated you to take part in this project? To not only share my story, but to shed light on the wonderful work being done by the many LGBTQ organizations in our region who work to raise our visibility, educate our allies, and support our community.