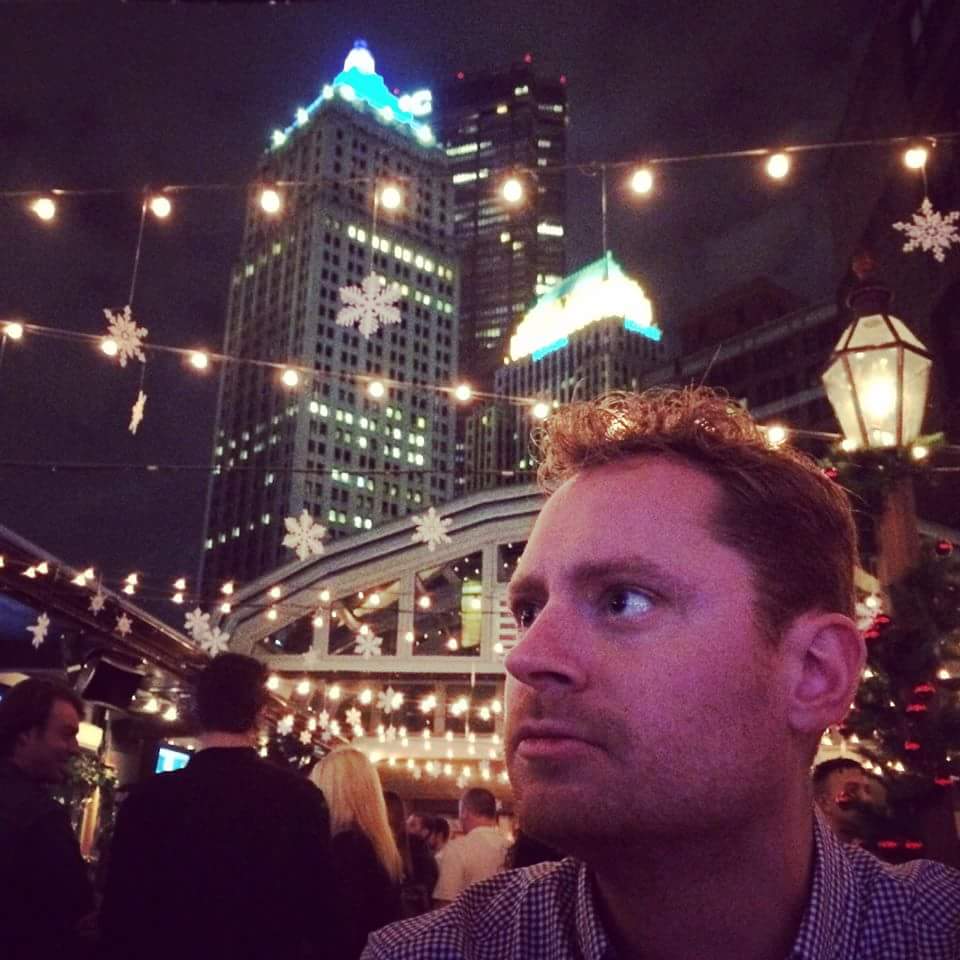 How do you describe your identity? I self-identify as a gay cisgender man.

Please describe your coming out experience. Where did you find support? What challenges did you face? I’ve probably come out 4 different times. First as someone “into guys,” then as someone with a homosexual orientation trying diligently to change that, third as a self-identifying gay man would should remain celibate, and fourth as a gay man who is conscionably pursuing healthy gay relationships.

My friends have been incredibly supportive. For the most part, they have not stood in judgment of me. Others have spoken out against my pursuit of gay relationships, and the most difficult thing is keeping those people in my life even though we disagree, and not letting this be an issue of division.

How would you describe yourself NOW in terms of “being out”? I’m out to everyone I’m close with. I’m not out to all my family, neighbors, and coworkers, just those who need to know. It’s still a private issue for me, and I struggle to understand whether that’s compartmentalizing my life. Would it be easier to just be out on Facebook so everyone knows?

Tell me about the first LGBTQ person whom you met. What impact did they have on your life? I met my first gay friend in college. He was struggling to hide his sexuality, and I had never come out to anyone. He was a starting point for me in a very long journey reconciling my faith and sexuality.

Past or present, favorite LGBTQ character or creator in television, film or literature? Please tell us why. Caroline from Last Tango in Halifax. Her life as a mother, wife, and daughter is in total disarray, and that is a vehicle for her coming to grips with her bisexuality, and her mother and grown children learn that she is still the same daughter and mother in spite of this secret, and their family can remain just as united and supportive.


How do you stay informed about LGBTQ issues? Mostly the news. I draw from a variety of news sources that capture LGBTQ issues here and abroad. I also keep up with the dialogue between faith and sexuality.

Describe your local or regional LGBTQ community. I don’t have a lot of LGBTQ friends. I wish I had more. For the most part, my gay community is organic–meeting people through other people. I haven’t tapped into a lot of community activities and hope to more in the future.

Have you ever experienced discrimination based on your identity? Specifically, in a job setting, when applying for housing or while in public. No.

Are there issues impacting your LGBTQ neighbors that aren’t visible or part of the local dialogue? Disunity. All of my peers grew up with some intolerance and that can be painful to live out. Shame can haunt people for so many years, and we need a sense that we support and love each other.

What would you like to see elected officials do to improve life for LGBTQ Pennsylvanians? Non-discrimination in employment and housing. Funding to help LGBTQ homeless youth. Easier access to health screening.

Please share a lived experience, anecdote or fact about life as an LGBTQ person in your community. I’m single and young and have a stable job. There have been several occasions where neighbors or acquaintances will tell me I should or could get a woman, or worse, set me up with a woman. I understand that the majority of men are heterosexual and it’s a reasonable assumption that I am, too, but it has led to some awkward moments.

Beyond discrimination, what other barriers create challenges for your LGBTQ neighbors? Understanding from heterosexual neighbors. Having a gay neighbor doesn’t mean rainbow flags out front. I’m just a guy who mows his lawn and goes to work and drinks too much coffee.

What is your greatest fear for the LGBTQ community in Western Pennsylvania? That the general population will ostracize or marginalize them. It isn’t enough to tolerate an LGBTQ person in our community; they need to be welcomed with open arms.

What is your greatest hope for the LGBTQ community in Western Pennsylvania? My hope is that any person of any gender or sexual identity can live in full integration and acceptance in their communities.

What can allies do to support your LGBTQ community? Acknowledge us, defend our rights, and voice support.

How can gay men and lesbians support the bisexual, transgender and queer members of our community? We need to understand issues that are unique to them. Have conversations.

What motivated you to take part in this project? I want to see Western Pennsylvania be a safe and welcoming place for the LGBTQ community.

Finally, what question should I have asked? Please also share your answer. Perhaps something about the role of the religious community in W. PA. There are some safe churches for LGBTQ people, and for people who have been forced to pick between their faith or sexuality, safe churches can offer support.