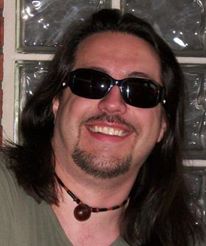 County of Residence: Allegheny.  I grew up in NE Ohio until the age of about 23.

Preferred Pronouns: He, she, it, they, etc?

How do you describe your identity? I’m an adult, white, gay, male, humanist, Democrat.

Please describe your coming out experience. Where did you find support? What challenges did you face? It happened in stages, false starts, and returns to a closeted lifestyle.
I found myself needing a job, and I found one bartending at a gay bar in Pittsburgh. It mostly did the trick.

My family was a different story. I came out to my mother and sister only after I had a boyfriend, at about age 30. The rest of my family when I went to my sister’s wedding just last year. I had no support, the challenges were mostly in my own head.

My sister has been very supportive from the beginning, it was not really any problem for my mother. She was sad because she thought I would have trouble being happy, and she wanted grandchildren.

How would you describe yourself NOW in terms of “being out”? Totally out.
It’s a part of me, but not the whole.

It’s very important to me that anyone I am around be respectful towards all minorities, and I am VERY insistent that no one behaves in any way disrespectful.  My progressive political leanings have in no doubt been crafted in my mind by my own experiences as a repressed minority while growing up; but I never feel the need to remind people of my credentials. I just speak my mind and promote truth and equality to all those I come in contact with daily.


Tell me about the first LGBTQ person whom you met. What impact did they have on your life? I was 16 or 17, and he was a year older. He was in the closet and so was I. He was also the first person I had any sort of relationship with, it only lasted a few months ( and it was only really sexual, but we taught each other a lot ) we kept it a secret for almost a decade.

Past or present, favorite LGBTQ character or creator in television, film or literature? Please tell us why.  Stephen Fry. He’s a genius and doesn’t apologize for it.


How do you stay informed about LGBTQ issues? Social media, some LGBTQ publications. Some much better informed friends, mostly lesbians.

Describe your geographical community. I live in the city of Pittsburgh. I grew up in rural/small town Ohio.

When I came out, mid 90s, it was just bars. They were very popular and held a larger role in Pittsburgh. Now I see , or am aware of, many more organizations, but I don’t really feel the need to participate much. I am thankful that this city feels as welcoming as it does, and that is due in part to the work of many in the past.

Have you ever experienced discrimination based on your identity? Specifically, in a job setting, when applying for housing or while in public. Never in public as an adult.
I have witnessed insensitivity and I have addressed it. A past manager at a medical office where I worked was – perhaps unknowingly – insensitive to the point of being nearly offensive.
I contacted HR about it, and their approach, while strictly by the book, was appropriate. The manager was placed on corrective action which included sensitivity training of some sort. I thought it was helpful and adequate.

Are there issues impacting your LGBTQ neighbors that aren’t visible or part of the local dialogue? Not that I know about. I think a lack of mental health care access is an issue (in the larger community as well), but that is visible and part of the dialogue.

What would you like to see elected officials do to improve life for LGBTQ Pennsylvanians? Addressing zoning laws in relationship to “bath-houses” in a realistic and truthful manner. They are not gyms, bars, or hotels. The are unique and should be regulated as such. In the city of Pittsburgh, they are ignored and it is pretended that they don’t exist.  The owners are also large local fundraisers for political figures. Local non-profit organizations are also in need of more scrutiny.

Please share a lived experience, anecdote or fact about life as an LGBTQ person in your community. I find it more awkward to be something other than Christian in this community than to be gay.

I think being a tall, fairly decent looking, white guy to be extremely helpful in this city. It also allows me inside of a lot of conversations where the other participants think I’m one of the “us”, and not one of “them.” I’ve found that many people still have private feelings of great prejudice.

I delight in pointing those prejudices out to people.

Beyond discrimination, what other barriers create challenges for your LGBTQ neighbors? People’s minds can only be changed in time, through closeness and familiarity.
If safety is assured, and I think it is as safe here as in any place, I believe there are no barriers.
State laws, and federal anti-discrimination laws need to be more complete and visibly enforced.

What LGBTQ friendly resources are available for your neighbors? Lambda Foundation, lambda legal defense. The ACLU, gay and lesbian community center. The Shepard Wellness foundation. The PATF. The NAACP.

What is your greatest fear for the LGBTQ community in Western Pennsylvania? The continuing controversy with the Delta Foundation. The lack of regulation of sex clubs. The religious right winning local elections. And Donald Trump supporters in general.

What is your greatest hope for the LGBTQ community in Western Pennsylvania? Education, progressive government. Democratic wins in executive offices at the state and national level. Democratic appointments of judges.

What can allies do to support your LGBTQ community? Vote democratic, and beware of any “us” verses”them” mentality.

How can gay men and lesbians support the bisexual, transgender and queer members of our community? We exist in the light.

What motivated you to take part in this project? My support of the idea of increased visibility.

Finally, what question should I have asked? Please also share your answer. What’s it like to be gay today, verses 10 or 20 years ago?