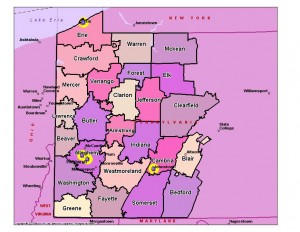 About the Delta Foundation and Pittsburgh Pridefest 2020