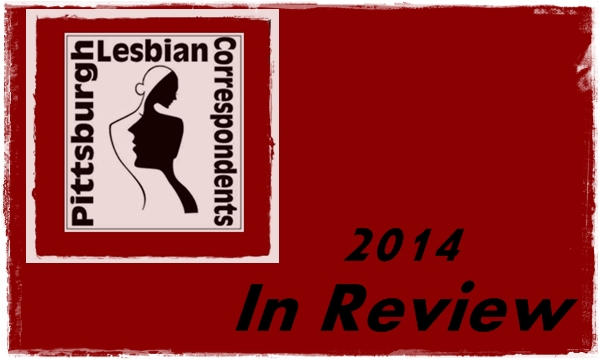 These are the posts that drew the most viewers in 2014. It is an interesting mix of LGBTQ specific information and human services/poverty stories. Most of the stories are local, but not all. I think this reflects some of the balance I strive for on the blog.

10. Toys for Tots Distribution Information  – this was actually posed in 2011. I post an update on T4T annually, but this seems to have the most views. Fortunately, I use a “related post” feature which redirects people to the most current information.

9. Pittsburgh City Council Elects First Openly Gay President – In January, I wrote about Bruce Kraus stepping into the role of City Council President.  The post drew a lot of comments, but I switched commenting systems a few months ago so they aren’t visible.

8. How Tom Michalow Proved He Is An LGBTQ Ally With One Envelope –  Michalow was running in the primary for a State House seat. He sent us a letter that was respectfully addressed to our family (two unmarried women with different last names.) This was a sort of sleeper post that I put up late one Thursday. It went “viral” (in a local sense) in a matter of hours.

6. Two Lesbians Found Dead in Galveston, Texas – the tragic murders of 24-year-old Britney Cosby and Crystal Jackson shook up the LGBTQ community. I wrote several posts over the course of the year about this story. Cosby’s father is currently in jail for tampering with evidence. While he has not yet been charged, there is a suspicion that intrafamily violence tied to his religious beliefs played a role in their deaths. Britney and Crystal were young women of color. They were survived by Crystal’s young daughter.

5. Ten Things You Can’t Buy With Food Stamps (SNAP)  – I wrote this post to accompany the debut of Cathy’s Closet, a pantry for personal care and clothing items housed at the Gay and Lesbian Community Center. It remains consistently popular, drawing visitors on a daily basis.

4. Anticipating the reIntroduction of Lucas Jones to General Hospital – I wrote this in 2013 about the much-heralded return of openly gay legacy character Lucas Jones. Lucas has had little original storyline in spite of his prominent connections. GH did have a love triangle (briefly) that featured two openly gay men of color. It went nowhere. But interest in the character remains high.

3. Do Pgh Memes Inherently Have To Be Racist, Transphobic and Vicious? – I wrote this gem about a new FB page filled with memes about Pittsburgh including several (photos included) that are just vicious and horrible. The owners of the page retaliated by creating memes about me that were also nasty even though they were purporting to just be a friendly site about Pittsburgh. It makes me sad that my friends support this page, but even more sad that people aren’t willing to connect the dots.

2. Update: The Investigation of The Murders of Britney Cosby and Crystal Jackson – More information was released during the investigation. Some of the information is still useful as no one has been formally charged.

1.  Review: Keurig 2.0 Is Even Less Eco-Friendly Than The Original – I wrote this review in September 2014 and it has remained at the top of the list since publication. I’m working on plans to convert the machine into the Queerig 2.0 for my 2015 Artist in Residency project on the art of blogging. It truly is a terrible item.

These posts are most popular based on my top-secret nifty behind the scenes analytic dashboards, not social media shares. I am fortunate to be able to amplify some important stories and information. I hope to continue to do so in 2015. If you have suggestions, please drop us a line at pghlesbian at gmail dot com.

As always, thanks for reading.