I’ve known Sara for about a year, mostly through Facebook and shared interests in organizing. I know that she worked with New Voices Pittsburgh, a venerable progressive organization, and had co-founded She Runs to bring electoral tools to women in the region. Then I read about her decision to challenge Dom Costa and her partnership with Summer Lee who was challenging another Costa. While a lot of people were working hard to elect Conor Lamb to a federal seat “to save the world,” I was intrigued by possibilities for Sara and others to do the same by changing the literal face of the Democratic Party in this region and the General Assembly. I asked her a few questions. Here are her responses.

How do you describe your identity? A cishet

Tell us about the first LGBTQ person you met and what impact they had on your life? In elementary school I rode the bus with two boys who were two years younger than me. I recall while we were on the bus heading home other kids yelling “You’re gay!” at the both of them. I yelled back “No, they are not!”.

Thanks to the modern marvel of Facebook, I found out that they are, in fact, gay.

Although it was used as a slur, my reinforcement of gay as a negative, even though rooted in good intention, could have had a negative consequence for the boys. Was I supposed to know that as a 6th grader? No. I was trying to take a stand against bullying. But what I glean from that experience is that even good intentions can lead to negative consequences, so if you are going to advocate for others with identities different from yours, you better have strong relationships with those groups.

Please tell me about your familiarity with the LGBTQ community in your district and the region. Having lived in the 21st District my entire life, I would argue that the District holds a few of the most progressive parts of the City. We are home to bars like the Blue Moon, events like Unblurred and Art All Night, and organizations like the Persad Center and Proud Haven.

The 21st District is also home to folks who are uncomfortable with queerness. These tend to be the areas that are most economically disadvantaged. Their behavior is not worthy of condoning by any means, but when you are struggling yourself, it is easy to blame groups different from you for your current dire straits. My role as an advocate for equality of all is to listen to their frustrations and redirect their anger toward the real source and turn it into passion and advocacy.

One thing that is in our control at the moment is who we choose to bring into our campaign. Our Field Director identifies as  QPOC and other close advisors identify as LGBTQ+.

Based on this, what do you understand to be our top LGBTQ concerns and priorities for the General Assembly? How will you respond to those priorities? Pennsylvania has a long way to go to ensure that gender identity and gender expression are equal in the eyes of the law, which is why we need to prioritize updating our anti-discrimination and hate crime laws to include protections for LGBTQ+ individuals.

LGBTQ+ folks do not live single issue lives, but I do believe they are impacted disproportionately by disinvestment of sound social and economic policies, especially when you compare them to those who do not.

For example, LGBTQ+ youth and teens face a higher rate of homelessness and housing insecurity because  of unaccepting, or even violent, parents. Philadelphia recently received $3 million from the state to develop affordable housing that prioritizes homeless LGBTQ+. I would like to work with nonprofit developers and LGBTQ-focused organizations in Pittsburgh to create a similar plan to distribute resources for LGBTQ+ youth housing.

How does intersectionality inform your work? When we are designing legislation and prioritizing funding, I believe that we need to center the most vulnerable and least privileged among us. When we design policies from that perspective, then we create more sound initiatives, programs and legislation that builds the most solid foundation for the people more marginalized in our society today.

The threats of ‘religious liberty’ laws and exemptions target both LGBTQ rights and women’s rights. How does the General Assembly navigate this equivalency of personal religious freedom with systemic oppression and control of underserved people? Like a lot of Pittsburghers, I was brought up in the Catholic Church. After being Confirmed, I left the church as a teen, because I had a difficult time reconciling with the anti-LGBTQ and anti-abortion messages with my belief that all people should be treated with love and be free of judgement. Faith is deeply rooted in people’s identities, and I do believe that you can still identify as a Catholic and support the LGBTQ+ community and a woman’s right to choice, but it was not the path for me.

In my opinion it’s been good for the Catholic Church that Pope Francis has taken to bringing the church back to its social justice roots and change the Catholic Church’s conversation around these issues, and I appreciate the work of groups like Catholics for Choice.

It is impossible to detach your identities, personal experience, and moral code from the way you navigate the world. However, it is my belief that elected officials must take a humanist approach to their decision-making process. They must look at facts and policy reports, and trust qualified experts when they are creating laws that impact all people of the Commonwealth.

What specific policy change would you support related to opioid addiction to meet the needs of those who are addicted and their families? My father struggled with an addiction to opioids until his death. He was prescribed Oxycontin after being in a car accident before I was born. When I was fourteen, and we discovered his secret, it impacted my life greatly.

I know my personal story is just one way a family can be impacted by the opioid epidemic today. Opioids are a necessary medicine that can help a lot of people with different types of pain. There are a number of reasons why people use heroin outside of abusing a prescription – they may use it to self-medicate for chronic pain or undiagnosed mental illness, while others may be looking for an escape from a current life situation or they turned to illicit activities because of economic hardships.

If we center those whys, creating  and supporting policies that move us towards a more compassionate, connected society will help us curb this epidemic. These policies that can help ameliorate poverty and build a stronger middle class include a single-payer healthcare system, affordable and stable housing, access to meaningful, good-paying jobs and quality public education.

In the short-term, for those individuals who are now using heroin, I believe in allowing public health organizations to legally offer needle exchange programs, drug replacement and maintenance therapy, and other harm reduction measures. Equipping first responders, small businesses and community centers with Narcan has saved thousands of lives just right here in Allegheny County. In addition, I support increased funding for drug replacement and maintenance therapy and other rehabilitation programs with support systems in place.

Also, when we talk about addiction, we often don’t talk about the collateral damage — the other family members impacted by addiction. Creative solutions, like providing addiction treatment facilities that house the entire family or providing funding and support programs for grandparents or other family members who must take custody of children, should be an avenue that lawmakers pursue.

Political dynasties are rampant in Southwestern Pennsylvania politics – including the Costas, Wagners, etc. Two other Democratic members of the State House, Markosek and Hanna, are retiring because their sons are going to run, unopposed, for their seats. Some of these are ‘good guys’ but their ascent to power is not truly democratic. Why is it important to disrupt this legacy of political dynasties? I was making phone calls the other night to people in the district and one man, quite gruffly, yelled into the phone, “Politicians, you’re all crooks!”

I don’t blame him. And he isn’t alone with his sentiment, and he isn’t entirely wrong, either.

There is a deep distrust between government and people, perhaps now more than ever. Harrisburg has a history of corruption and scandal at worst and superfluous, unaccountable spending at best. As a state representative, I know I have an uphill battle to rebuild those bridges.

One way to shine light onto the shadows of our state government is to change who represents us.

Like income and wealth, we are seeing political power concentrated into the hands of the few. In a lot of ways my campaign, along with others organized this year, are about redistributing that power back to the people. It’s about everyday people like myself running. It’s about candidates pledging to not take money from corporate interests or lobbying groups.

Tell me about your other endorsements and supporters. I am proud to have been endorsed by the Pittsburgh Democratic Socialists of America, Steel City Stonewall Democrats, Gertrude Stein Political Club of Greater Pittsburgh, Women for the Future of Pittsburgh, Our Revolution, and People for Bernie. I am also a Moms Demand Action Gun Sense candidate.

In addition to Sara, I’ve reached out to multiple Democratic challengers including Aerion Andrew Abney (D19), Summer Lee (D34), Dr. Honora Rockar (D12), and Daniel Smith, Jr (D12) – I’ll publish responses if/as they come in. Let me know if I should reach out to someone else. 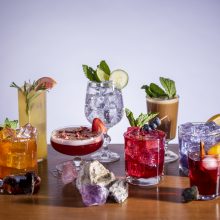