Sue is founding editor of Pittsburgh Lesbian Correspondents blog, established in 2005.. She has an MSW from the University in Pittsburgh and a BA in Political Science from Marymount University. Her undergraduate claim to fame is a six month stint as an intern with then Congressman Rick Santorum in 1991. Born and raised in West Mifflin, Sue attended college in Washington DC, then graduate school in Louisiana and ended up in Kentucky doing social service ministry. She returned to Pittsburgh in 1997. She now lives on Pittsburgh’s Northside with her wife, Laura. She was among the first out LGBTQ people named to Pittsburgh’s 40 Under 40 in 2004 and is a graduate of Leadership Development Initiative Class VII. After being fully and permanently disabled in 2010, Sue has continued to serve the community. She founded the Pittsburgh Tote Bag Project to address hunger and environmental issues. In 2015, she launched the #AMPLIFY LGBTQ archive in conjunction with a two-year artist in residence stint with Most Wanted Fine Art. Sue and her wife have fostered over 25 kittens through Pittsburgh CAT and Homeless Cat Management Team, and now manage multiple community cat colonies in their neighborhood. In 2020, Sue cofounded the Pittsburgh MasQUe ProjecT to support the queer and trans community during the pandemic, distributing tens of thousands of face masks and other supplies throughout the region. In 2021, Sue created the #PghCatFolx projects to support neighbors working with community cats. Under that heading came the Dr. John P. Ruffing DVM Pet Food Projects, memorializing one of her very best friends who died in 2007. In 2021, Sue worked with community leaders to develop and establish a 501c3 nonprofit organization, Pittsburgh LGBTQ Charities (PLC) where she currently serves as Board President. PLC absorbed the #PghCatFolx projects. Also in 2021, Sue was the first person in history appointed to the City of Pittsburgh LGBTQIA+ Commission and was unanimously elected as one of three inaugural co-chairs. Her blogging has garnered numerous awards Favorite GLBT Media Publication - 2012, 2014, 2015, 2016 (Keystone Alliance Gaylife Newsletter Reader’s Poll) Favorite GLBT Social Media - 2013, 2014, 2015, 2016 (Keystone Alliance Gaylife Newsletter Reader’s Poll) Best Local Blogger - 2016, 2019 (Pittsburgh City Paper Reader’s Poll) LGBTQIA Pittsburgh’s Best Blogger - 2020 (SisTersPgh, People’s Pride of Pittsburgh) LGBTQIA Pittsburgh’s Best Lesbian Activist - 2020 (SisTersPgh, People’s Pride of Pittsburgh) Outstanding Blog - 2019, 2022 (GLAAD Media Awards) Sue believes in identifying and filling gaps in supports & services rather than recreating the wheel. She uses both her undergraduate and graduate degrees on a regular basis as a blogger and activist and regularly circulates her 1991 internship photo just to shake things up on her social media feeds. Her own experiences with cPTSD, bipolar disorder, anxiety, and other health challenges have fueled her health blogging and activism. She also writes extensively about her family history, drawing on her amateur genealogy hobby. The blog regularly reviews arts and cultural events as well as exploring restaurants, soap opera storylines, and hyper-local news. Sue and her wife Laura have been together since 2003. They were married on a very cold February 2, 2021 in their backyard at a very small ceremony co-officiated by their pagan priestess friend, Anne, and then-Mayor Bill Peduto. They have six niblings, four in Pittsburgh and two in Philadelphia.
ActivismFundraisers and FriendraisersTransYouth

A few weeks ago, Pittsburgh LGBTQ Charities responded to concerns of a LGBTQ family being targeted by a neighbor. The specific focus at that time was targeting their 15-year-old Black trans daughter by hoisting a 9-foot transphobic sign in their backyard facing her bedroom window. Previous encounters included implicit threats to their then 17-year-old Black […] 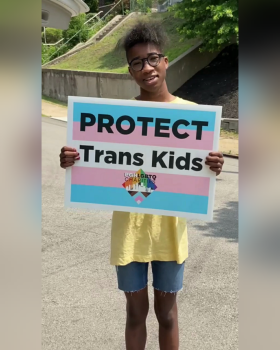 Ke’Juan and her Dad, Sean, ‘unboxed’ the next batch of Protect Trans Kids yard signs today. Pittsburgh LGBTQ Charities and volunteers from the Northside distributed 50 signs on the Northside this week. We have received requests for nearly 150 signs. 50 more were delivered today, 50 more next week. We can keep going as long […] 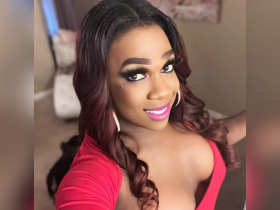 Her name was Kitty Monroe. On Wednesday, June 29, 2022, she died from multiple gunshot injuries at her home in the 1600 block of Oaken Bucket Drive in the Cordova section of Memphis. The man who murdered her shot her after a domestic dispute. He has been arrested and charged with voluntary manslaughter. Friends told […]

Well, it seems that I’ve arrived at the end of June without a significant depressive episode – a rarity for me. I don’t know why June is always a tough month for me, but the data tracks. A few days ago, I wasn’t sure I’d be standing in this moment today on June 30. I […] 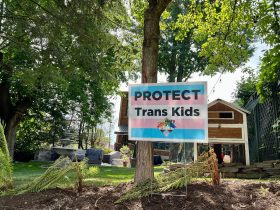 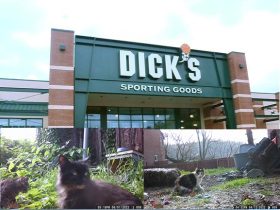 You saw the social media news that Dick’s is one of many corporations resisting the overturn of Roe v Wade by offering their employees enhanced benefits to access needed reproductive healthcare? As with many things in this United States, social change ebbs into the consciousness of corporate America before the minds of elected officials. I […]

In honor of Pride Month, the City of Pittsburgh LGBTQIA+ Commission crafted an editorial that was published in today’s Pittsburgh Post-Gazette. Today is June 28, 2022. The first day of the Stonewall Uprising began on June 28, 1969. I am sharing the entire piece here which is something I would not normally do. But the […] 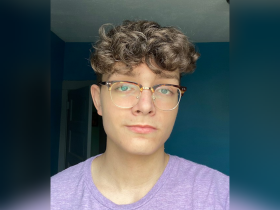 I I know it is hard, it is hard to live in a society that does not fit you, but there are people like you. It’s hard every day knowing that your identity is up for debate. It is not fair. But the only way to change this is to prove them wrong. They want […] 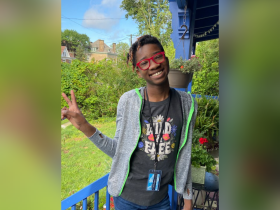 We have to be more mindful when walking home by ourselves, we have to have extra protection and make sure to be with someone in case something happens, we had to block my bedroom window because the neighbor was staring into my room,  we had to put a plan in place so if there was a problem […] 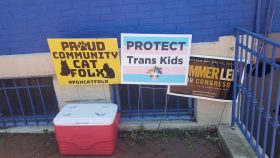 If you’ve been following the story of the O’Donnell-Collar family, you know that in the face of years of hate-driven harassment – they want to focus on affirming trans youth, BIPOC youth, and all LGBTQ families. Ke’Juan is a 15-year-old Black trans girl and the family member most recently targeted by their neighbor and she […]