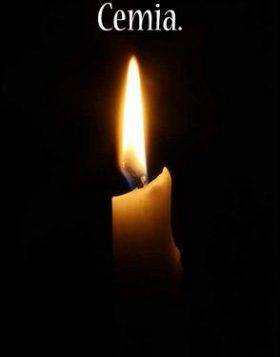 There have been numerous reports of a body found in a retention pond near Cleveland, Ohio. As if that fact, in and of itself, isn’t terrible enough, the media reporting this news have completely and utterly insensitive and irresponsible. The woman found was identified as Cemia, or Ce Ce, or Ci Ci. She was a […] 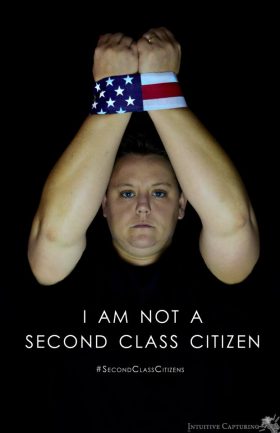 No!!  Of course you’re not! Well, Pittsburgh, here is your chance to tell the world that, and help a great cause at the same time! Get your “I am not a second class citizen” photo this Friday, in Pittsburgh! Ryan James Yezak is the creative mind behind this amazing new concept. A picture is worth […] 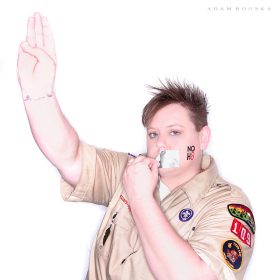 On May 22 – 24, the Boy Scouts of America’s National Council will vote on a resolution that will allow gay youth to participate in the organization, but will maintain its ban on gay parents like me. I’m urging the Boy Scouts to consider a different resolution, like the one submitted by the Los Angeles […] 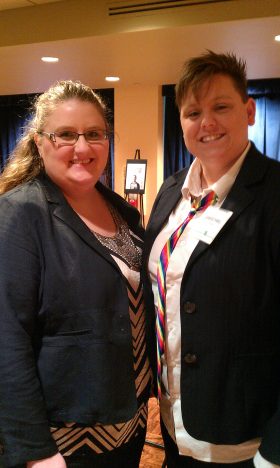 Originally published on Huffington Post Gay Voices.  What is Fusion Magazine? I’m glaad you asked! (Yes, I know I spelled glaad with 2 a’s). It’s how I roll now! Anyway, back to Fusion. Fusion is Kent State University’s gender and sexual minority magazine. They just celebrated their 10th anniversary and I had the privilege of […] 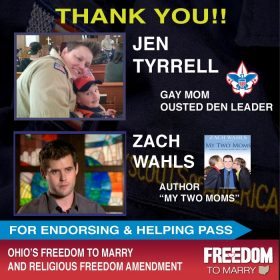 I recently joined the Freedom to Marry Ohio as a steering committee co-chair. As neighbors, the prospect of Ohio bringing marriage equality to it’s state, should be very encouraging to Pennsylvania residents. The goal of Freedom to Marry Ohio is to repeal section 11 of the Ohio Constitution  That section states:           […] 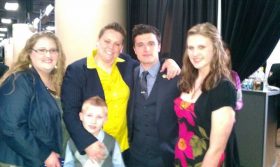 This Saturday my family and I will be on stage speaking at The GLAAD Media Awards. We will be rubbing elbows with some pretty exciting folks including Anderson Cooper and Madonna! So what exactly does GLAAD do?? (From GLAAD’s info page) For over 25 years, GLAAD has worked with news, entertainment and social media to […] 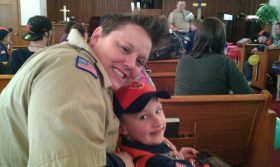 As some of you may already know, the Boy Scouts of America have sent out a survey to their registered members via email. From what I have been told the email is a series of questions asking your opinions about the anti-gay policy and sometimes including hypothetical questions such as this: “Johnny, a first grade […] 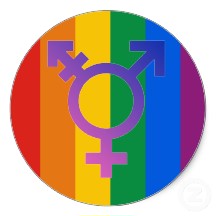 (This is a modified edition of a blog post originally published at Huffington Post GayVoices.) “What exactly does it mean to be transgender?” “Why do they want to change their sex?” “Why can’t they just be gay or lesbian?” These are some of the questions I so ignorantly used to think about transgender people. I […]

Now is the time!! The BSA is in danger of becoming obsolete. In this ever changing society, scouting is becoming less and less relevant. WE WANT TO HELP! We love scouting and think ALL should be able to enjoy its rewards. How can I help? That is the most asked question I get. So, if you […] 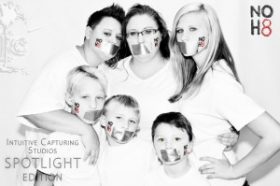 You may have heard the exciting news that the Boy Scouts of America is considering lifting the National LGBT ban!! Finally! Well where there is equality, there are hate groups. They are spewing their hate all over the BSA! But, you can help! The BSA has set up a hotline to hear ALL opinions on […]