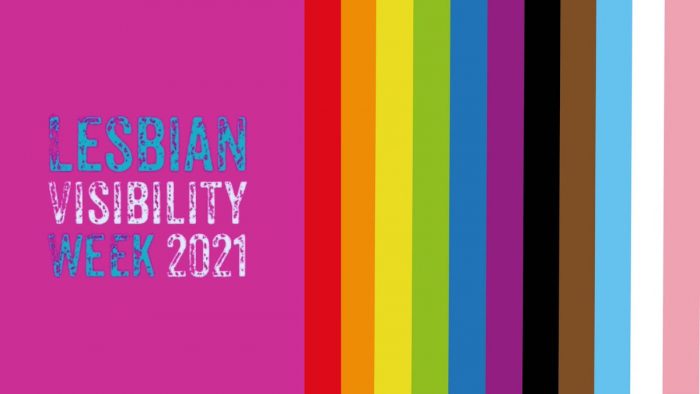 I am proud to be a lesbian, but I often struggle with the manifestation of lesbian identity through the stranglehold of TERFs. So I was pleased to see that Lesbian Visibility Week as sponsored by DIVA media has intentionally challenged that bigotry and is committed to celebrating all under the LGBTQI umbrella.

The transphobia of a small minority in our community has caused concern that the word lesbian is now inextricably linked to the diminution of trans rights, leading some – especially the younger generation – to eschew the moniker in favour of alternatives which they perceive as less contentious, queer often being the adjective of choice. I believe that people should be able to identify however they like, and during Lesbian Visibility Week we celebrate all sexualities and all labels, but it is also important that we reclaim the L in LGBTQI and represent it as being fully inclusive, accepting and respectful, as I believe the vast majority of cisgender lesbians are.

It is proper and fitting that lesbians insist that transgender women and nonbinary individuals be included.

Our aim is BOTH TO celebrate lesbians and show solidarity with all LGBTQI women and non binary people in our community. We believe in unity, and lifting up those who are most marginalised.

I was at a workshop in 2012 with a group of LGBTQ activists. One younger man was the coordinator of a youth outreach center in an urban community. He spoke about the young women in his program who identified as lesbians, but relied on survival sex work with men and so were sometimes pregnant. His point was that arguing about the accuracy of their lesbian identity was MISSING THE POINT. That conversation changed my worldview.

Since then, I’ve refused to let other people describe my identity. Period. Just shut that down. I also don’t allow people to tell me what a lesbian blog should cover. Read it or not, that’s your choice – but telling me there is “not enough lesbian content” is irritating and rude.

This year my lesbian partner and I got ourselves married. And I can tell you with a straight face that only two people amongst both of our extended families acknowledged the wedding – her mother and my brother. No cards, no calls, no gifts, nothing requiring more effort than a thumbs up on Facebook.

It was a shocking slap in the face that so many people whose weddings we’ve attended or participated in or our parents attended, that so many people just did not even acknowledge our relationship – because of our identities as lesbians. I did not expect that. I expected the ritual and traditions to apply to us, too.