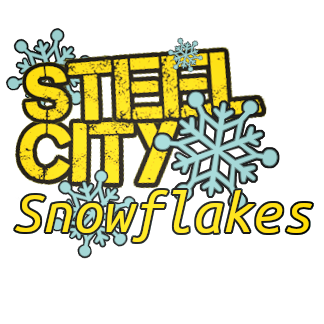 PITTSBURGH – A local blog had launched an innovative fundraising campaign, leaning into the image of progressive ‘snowflakes’ with a new website app creating digital snowflakes for donors.

Pittsburgh Lesbian Correspondents created Steel City Snowflakes to highlight the strength and endurance of snowflakes as a group, while recognizing the unique nature of individual flakes. Donors can set their level of investment and include a brief message for others to read when they hover on the individual flake.

“It is pure coincidence that everything came together to launch today, the 10th anniversary of Snowmageddon,” said Sue Kerr, blogger and social worker behind the concept. “I have vivid memories of how the snowfall shut down the region, as well as who showed up to keep things running.”

Steel City Snowflakes offers the community a chance to invest in progressive work through the Pittsburgh Lesbian Correspondents blog projects.

“If you believe in LGBTQ liberation, feminism, racial justice, disability justice, protecting homeless animals, strong safety nets, healthcare access, and the science of climate change … this might be an opportunity for you,” says Kerr. “You can directly invest in a snowflake that supports this work.”

“The first time I heard the word snowflake used as an insult, I envisioned an army of snow covered people shoveling neighbors sidewalks and digging out cars,” writes Kerr on the project page. “I thought of science and how a snowflake is a powerful force that gains strength from its connection to millions of other flakes, never being destroyed but simply changing form until being reborn in the atmosphere. And I thought of the times when snow shuts it down, be it a two hour school delay or a fierce squall literally stopping anything that moves.”

The project is a collaboration with the F. Dok Harris Initiative, Code4Good, and individual coding advisors, working together to support Pittsburgh Lesbian Correspondents blog. More information can be found at steelcitysnowflakes.com or pghlesbian.com/snowflakes.

Pittsburgh Lesbian Correspondents (pghlesbian.com) is a national award winning LGBTQ blog founded in December 2005 by Sue Kerr. The site has twice been voted Best Local Blog by readers of the Pittsburgh City Paper. In 2019, the site was named Outstanding Blog in the GLAAD Media Awards. Later that year, the site was added to the Library of Congress LGBTQ archive. More than two dozen bloggers have contributed over the past 15 years. Pghlesbian.com is also the founder of The #AMPLIFY LGBTQ Project, an archive of more than 320 LGBTQ stories from Western Pennsylvania.

Sue Kerr is a Pittsburgh native, blogger, and social worker. She has written for PublicSource, Pittsburgh Post-Gazette, Huffington Post, Pittsburgh Current, and more. She founded the AMPLIFY project, Pittsburgh Northside Cat Ladies & Friends, and The Pittsburgh Tote Bag Project. She can be reached via email pghlesbian@gmail.com and on Twitter @pghlesbian24