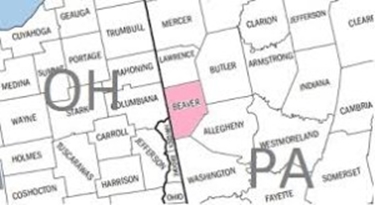 I can’t be the only one not out. I know there are more of me.

Pronouns: She preferred, he or they is also fine though.

How do you describe your identity? Queer. Or just as a bisexual person.

Please describe your coming out experience. Where did you find support? What challenges did you face? I haven’t yet. Honestly, I’m not sure I’m strong enough and as a bisexual person I have the choice to choose which gender to be in a relationship with and I’ve always chosen the path of least resistance.

How would you describe yourself NOW in terms of “being out”? Mostly closeted. A handful of close friends know. No family.

Tell me about the first LGBTQ person whom you met. What impact did they have on your life? In high school I met a lewbian who was fully out. She was my first female crush and to be honest, it crushed me. I was confused and ashamed but also so impressed by her complete attitude of, I’m me and I don’t care what anyone has to say about it. She was stronger than I’ll ever probably be.

Past or present, favorite LGBTQ character or creator in television, film or literature? Please tell us why. Quentin Coldwater in the TV series The Magicians. I feel like he was finally a true and accurate depiction of a bisexual man. He was still a strong character and he didn’t lose any of his masculinity for his choice. He didn’t come across as the “won’t admit it but he’s just gay” type of bisexual we often see. He genuinely loved two people in the series of different genders and both relationships felt so real. I felt, for the first time, like as a bisexual, I was truly and accurately represented on screen and not just by a character that was exclusively with one gender in the series but made allusions to being with the other gender before. But by someone who cultivated two meaningful and deep relationships with two different genders on screen.

How do you stay informed about LGBTQ issues? I really don’t but I don’t stay informed on most issues because I don’t read the news unless someone posts about it. It’s a terrible habit and I need to be more involved I just can’t get into the habit.

Describe your geographical community. Rural. A few minutes down the road and you hit farmland. I think there are definitely lgbtq friendly people but I’m also certain there are tons of bigots who have no interest in being friendly with people like me.

Describe your local or regional LGBTQ community. I honestly don’t think we really have one.

Have you ever experienced discrimination based on your identity? Specifically, in a job setting, when applying for housing or while in public.  No. But I’ve been in circumstances where people have made remarks about it not knowing that I was bi and every time it happens I feel glad to not be out but also ashamed to feel that way.

Have you experienced microagressions based on your identity? Think everyday indignities & slights that you experience, but would not characterize as discrimination. Please describe in your own words. Directed to me? No. Have there been instances where they would have been if I’d been out? Yes, absolutely.

Tell us about your access to health care in Western PA. Has it been LGBTQ competent (or not?) I go into the city for my Healthcare so yes, it’s been amazing care but if I was in my hometown, no. I wouldn’t expect it to be lgbtq competent. Or even friendly to the idea.

Are there issues impacting your LGBTQ neighbors that aren’t visible or part of the local dialogue? I’m certain there are. Our small town isn’t accepting of “different”

What would you like to see elected officials do to improve life for LGBTQ Pennsylvanians? I just want to be represented. I feel like bisexual people are so underrepresented, especially if we are in hetero relationships. I feel invisible and sometimes that’s a good thing because it feels safe but I think the underrepresentation reinforces the idea that I should stay invisible too.

Please share a lived experience, anecdote or fact about life as an LGBTQ person in your community. I was hanging out with 2 gay couples and they were discussing the lgbtq community and when I tried to make a remark, I was shot down because I was perceived as straight so I didn’t know what I was talking about. It hurt. It hurt so badly because I wanted to feel like I could be seen and accepted by these people but even these other members of the lgbtq community didn’t seem to care about my feelings because they judged me based on the relationship I was currently in without even entertaining the possibility that it might not be the whole picture. I guess the point I’m trying to make is that you never know what someone may identify as or how your comments may shove them further into the closet rather than making them comfortable enough to stick their head out. Always be the person who is there to step back and hold open the closet door if someone wants to peer out it, not the person who is just casually leaning against it, not caring if someone is trying to open it.

Beyond discrimination, what other barriers create challenges for your LGBTQ neighbors? As a bisexual person, I think underrepresentation is a huge barrier. Especially in media. People want to identify with characters but they aren’t really there for us.

What LGBTQ friendly resources are available for your neighbors? I don’t know any other than Pittsburgh pride.

What is your greatest fear for the LGBTQ community in Western Pennsylvania?  My greatest fear IS fear. The community is afraid of what they don’t understand and afraid to let people they don’t approve of just live their lives in peace. They fear that we’ll “turn everyone queer” if we’re open about ourselves and maybe that’s true to an extent. Maybe if people were more accepting of open and out people, then people like me would feel more comfortable admitting our true selves. I can’t be the only one not out. I know there are more of me.

What is your greatest hope for the LGBTQ community in Western Pennsylvania? I want it to be normal. Just another variation of life, not seen as weird but rather as an answer to a multiple choice question where all the answers are acceptable and normal.


What pieces of local or regional LGBTQ history would you like to preserve and why? I don’t really know anything local historically.

What can allies do to support your LGBTQ community? Always be open to hearing someone bear their soul to you because sometimes we need to tell someone even if it’s just one person we trust.

How can gay men and lesbians support the bisexual, transgender and queer members of our community? Be open. Don’t judge a book by its cover. I’ve felt more judged by gay and lesbian people than by straight people. Not necessarily because they were more rude but because I wanted to feel comfortable with them, I thought they would understand me but they never gave me the chance to be understood.

What motivated you to take part in this project? I just want to feel like I’m not alone.

Finally, what question should I have asked? Please also share your answer. I’m not really sure to be honest.