The Persad Board of Directors. They have lost the faith and confidence of the LGBTQ community, the staff, and the clients. Their fawnish devotion to the Delta Foundation and to Central Outreach Wellness Center is unethical and causing harm. They are responsible for driving the organization into the ground. And they lack the humility, introspection, and courage to resist the Executive Committee. The Executive Committee is an embarrassment, but the remaining Directors who do nothing while reaping the benefits of their appointments are abusive, complicit, and worse.

But I was wrong about one thing – they don’t have the true power. The clinical staff brings in the revenue. Not the board, not the grants, not individual donors. It’s the therapists who subsidize the entire agency along with support from non-clinical staff.

The discussion about the staff plans to unionize changed my perception. For months, I have felt so helpless because people who know the board members aren’t pushing for accountability and transparency. No wonder – how many board members likely have actual friends who are clients? Do they even know the clients beyond what they read in their reports? Do they understand how their lack of accountability is richocheting through the community? Have they truly been so unwilling to listen to the voices from all directions on these matters? I thought they had the power, if not the competency or courage of conviction to create change.

But I was wrong. Those complicit folks aren’t in positions to protect the organization. The staff is.

The overworked, underpaid staff who have repeatedly resisted the board and consistently shown that have zero faith in their board leadership. They’ve posted open letters to the board. They have demands. They organized a door decorating contest to demonstrate their cohesion. They value and respect their current Executive Director, Carlos Torres, and seem to believe he could steer the organization through this wilderness.

The union battle could be ugly. The Delta Foundation is no friend to labor, neither is Central Outreach. Their opinion carries a lot of weight in the Persad board decisions. They will fight. And that fight will distract them from whatever plans they have to further erode a nearly 50 year legacy. Chaos like that should make us all uneasy.

Look at the Carnegie Library of Pittsburgh where the management we thought was community oriented has been resisting unionization and one of the casualties has been Drag Queer Story Hour. CLP may be up to predictable management shenanigans, but at least they own them. What’s going to happen when Persad’s board continues to allow DF and COWC to pull strings while trying to manage the union efforts, hire a Development Director, and plan Art for Change 2020? Plus, they have caseload concerns, waiting lists for services, and so much more to manage in their very hands on leadership style.

I have therapy today. It is the first time in months or even a full year that I look forward to being in that space, adding a bit of my energy to the unionization efforts.

I still believe the entire Executive Committee should resign in an orderly, professional fashion to acknowledge the lack of faith and create space for new leadership to steer the organization into its 48th year offering critical, life-saving services. They should bring in the Forbes Fund to oversee a complete representative and inclusive board transformation while maintaining the status quo with operations. The only person on the board whose role is critical right now is the Treasurer because the organization does not have a Controller on staff. But there are ways to address that.

But now I see the union as another tool in that struggle to preserve the organization, a tool owned and led by the people who have the power – the staff. They have every right to unionize and it is up to the board to figure out their end of things. I don’t believe they can and I hope some of the non-Executive committee directors realize how the chips are falling and do the right thing. 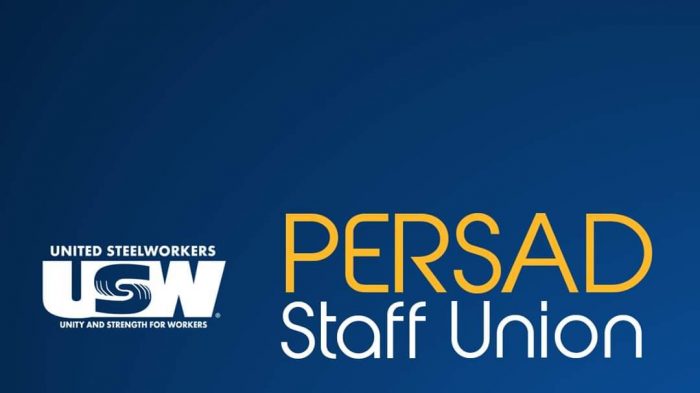