I’m still struggling along this week so I’ve had to skip a few significant stories I’d typically blog about.

But I am paying attention.

I live about a mile away from the Exxon gas station in Marshall-Shadeland where three male employees assaulted two Black women over what amounted to $17 worth of gas. I encourage you to read the account in the New Pittsburgh Courier.

Sisters and Northside residents Ashia Regan, 27, and Jamila Regan, 25, experienced a horribly traumatic event that will stay with them all of their lives, not because of $17 in gas but because their lives as Black women didn’t matter in the moment. They were beaten by men because they had the audacity to speak up for themselves. Maybe they were right, maybe they were wrong about the refund – but the employees absolutely knew they were in the wrong when they laid hands on their customers. They knew they should have called the police to handle a truly out-of-control situation (suggesting it wasn’t that type of scenario), but it is also likely if they had used deescalation skills to defuse the situation and figure out a solution – wow, imagine that.

There’s a lot to learn if you really listen to Amber or the other Black women documenting this series of actions.

Imagine if we didn’t paint these adult women as helpless victims who need strong men to defend them when they buy gasoline or as brawling parodies of the ‘Angry Black Woman’ trope. What if we and the employees had simply considered that perhaps their concerns were valid, if not necessarily accurate, and had a conversation?

I don’t know Ashia or Jamila, but I have been to this gas station, albeit as a white woman. And now it is gone, the lease having been terminated by the property owner. I hope it is a matter of time until Exxon pulls their franchising license from the owner much like Sunoco did with John Placek in Worthington Boro, Armstrong County. We need well-run gas stations on the Northside. The owner needs to get some help and find a new line of work.

But the tropes are the most disturbing. The idea that strong men would have prevented this assault is just untrue and beside the point. It is the strong women who are turning out at protests and vigils who are getting stuff done. Charges have been filed and pressure is high for the DA’s office to take this seriously. The owner of the property evicted the current licensees and groups are protesting regularly at the affiliate station on McKnight Road. They don’t need men to shield them, they need men to listen to them and join in their efforts. All men, women and non binary folx who believe that Black women should be able to purchase gasoline without a trip to the Emergency Room should show up.

The ‘Angry Black Woman’ trope started with the wrong idea that there was anything the Regan sisters could have done that warranted this assault, that their dissatisfaction with a customer service issue flipped into angry destructive tirade so they ddeserved to be assaulted. Even if it’s TRUE they behaved badly, it is an absurd way to run a business choosing to beat someone over a $17 dispute. Calling the police on Black woman is not inherently safe for the women, but in this case – there’s no reason for these men to get physical with ANY customer unless that person poses imminent harm to someone.

The prevalence of this trope has expanded to another Black woman, community activist Amber Sloan, whose verbal confrontations with Marty Griffin of KDKA has led the DA to charge Amber with harassment over a comment she made on a video calling for people to hunt down and kill one of the suspects from Exxon.

Marty G. called it “chilling” while I call it “hyperbole” … it wasn’t the best choice of words, but choosing to ignore the context in which Amber is speaking to her Black neighbors about violence is willful ignorance. If you are going to insist that she meant every word she said, then you have to listen to her other words and give them equal weight. Marty picked a few and began picking on Amber like a mischievous jagoff who could care less about the long-term impact of his actions.

I listened to her other words, just spending several hours today listening to her live videos and reading her posts. Lots of words talking about community building, civic engagement, media interactions, unification, economic investment, and the larger context of Black experiences in Pittsburgh. There’s a lot to learn if you really listen to Amber or the other Black women documenting this series of actions.

And isn’t that the larger point – if the employees of the gas station had listened to the two Black women customers concerned about being overcharged instead of PUNCHING them, if Marty G. listened to the many many words Amber has posted in documenting these protests instead of jumping to a ridiculous conclusion over a few of those words, if the District Attorney listened to local Black community, if white allies listened to Black neighbors when they tell us what is needed, if ANYONE listened to the findings of the Gender Equity Commission on the impact of gender and race in this region, if we listened to Black women things would be better for everyone. And, yet, so few of us are willing to do that. I fail regularly to do this. But I don’t deny it’s necessary.

Granted, I know Amber and can’t for a minute conceive of her calling for an actual assassination of anyone, much less doing it via a live video feed. She’s neither malicious, nor stupid. She’s doesn’t ‘get a pass’ because of her reputation and credibility, she gets credit for consistently speaking truth and with authenticity about the experiences of Black Pittsburgh.

I can conceive of Marty G seizing on a distraction to keep his angry white listener base fired up. He’s a Alex Jones mini-me that Pittsburgh created. God forbid he simply report on the actual story, encourage listeners to consider how racial justice dynamics factor into Pittsburgh daily life, and … oh, wait, sorry I almost forgot that this is KDKA Radio where bigots go to take roost.

Anyone who thinks Amber literally suggested assassinating Scott Hill is being ridiculous and desperate to avoid accountability for the devastation of White Supremacy in our society. They are fanning the flames of racism as Amber has been saying.

I don’t even have any energy to spare for a white woman complaining that her needs were not being met at a protest about the beating of two Black women. Really, lady? That’s a bullshit way to respond as an ally. I almost choked when you whined to Marty “why are they making this about me?” Why not use your allyship and community skills to resolve the problem? Or just be cool, take a few steps away, and reevaluate? Why am I wasting my time telling you this? You know this. I know you do. Allies don’t do this, even if we feel wrongly called out or cancelled. When someone sets a boundary, adhere to it even if you don’t like it.

Right now, I’m asking readers to contribute a few dollars to Amber to help with her legal fees – she has an attorney, but she’ll also have to miss work for the hearing, etc. Her cashapp is $MadeIt2011

I am not aware yet of any authorized collections for Jamila and Ashia, but I will find them and update as I do.

And for the love of God, stop listening to and supporting Marty G. He’s the worst. You are hurting Pittsburgh by listening to his show. He doesn’t need to be saved or fixed or educated. He needs to be ignored.

And if you do nothing else, take a few more minutes to read what the Gender Equity Commission report has to say. What happened to the Regan sisters and what happened to Amber are a result of the unique ways in which misogynoir impacts the everyday lives of Black women in Pittsburgh.

Update – I have not linked to content referenced in this post because I don’t want to create a breadcrumb trail to the social media accounts of activists already under attack. You can use Google and search Facebook. If you legit need a link, ask me privately. 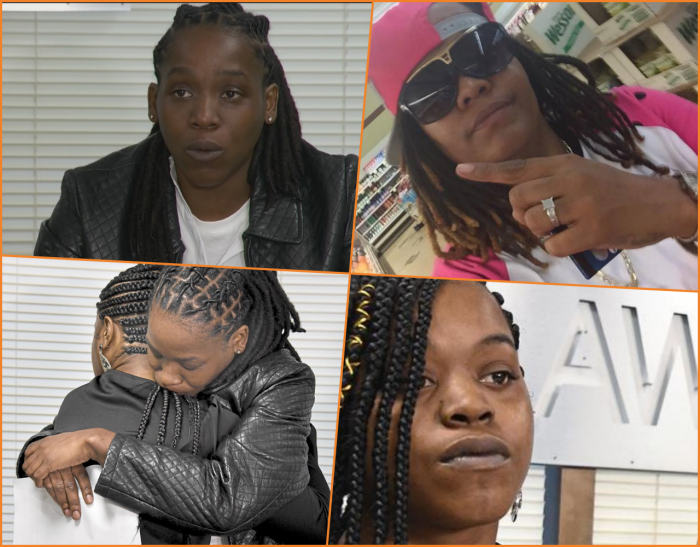