The fallout of the murder of 17-year-old Bianca Devins continues as brutal, graphic images of her dead body continue to make their way across social media channels.

Mainstream media outlets report that Instagram, 4chan, discord and possibly more are unable to keep up with the viral nature of the graphic images.

Supporters of Bianca and decent people everywhere are resisting by taking their own actions.

Then, in an attempt to drown out this spread of the images of Ms Devins’s body with her throat cut, other Instagram users started posting photographs of her alive as well as pictures of flowers and animals, using her name as the hashtag.

The man who killed her, as Brandon Clark, 21, faces a second-degree murder charge, said Sgt. Michael Curley of the Utica Police Department.  Clark had been arraigned and was in custody at Oneida County Jail in upstate New York.

No word on whether he’ll face additional charges for disseminating the murder photos and making this terrible situation much, much worse.

Many Instagram users don’t think the platform is doing enough to moderate its content, so they’ve taken matters into their own hands, tagging Devins’ account so her tagged section is filled with bubblegum pink sunsets, cats surrounded by heart emoji, and pastel stuffed animals. Accounts also called for fellow Instagram users to caption wholesome posts with the tag #escty and #ripbianca to outnumber the photos of her dead body in the searchable tag. Instagram users are also tricking each other with slideshows. Rather than showing the horrific image of her death in a slideshow advertising “pics of Bianca,” posters are using the method to criticize those seeking them out.

I struggle with a lot of this, including these questions

In February, the Pitt News took a closer look at experiences of asexual identifying students on campus.

It’s important to imagine a spectrum when thinking about asexuality, Casanova said. Some terms that fall under the asexuality umbrella include demisexuality — meaning someone doesn’t experience sexual attraction until after an emotional connection has been developed — and gray-sexuality, or gray-A, which can include people who experience a low sex drive or only desire sex in specific or limited circumstances, among other definitions.

In addition, Casanova said someone can be romantic or aromantic. Engaging in sexual relationships is different from engaging in romantic ones, and some people can be asexual and romantic, meaning they still enjoy romantic relationships.

Acknowledging that anyone who falls under this or other SOGI spectrums face increased vulnerability to harm and marginalization is not a big leap. Pinpointing one part of Bianca’s life that ’caused” her murder is nonridiculous.

Devins frequented Discord servers and the anonymous forum 4chan, and incorporated Minecraft and Hello Kitty into her posts. She was known as an e-girl, a subculture of young women who tend to have large followings on TikTok, Tumblr, and Instagram, and blend gamer culture with emo aesthetics.

Clark posted a photo of Devins’ body on Discord with the message: “Sorry fuckers, you’re gonna have to find someone else to orbit.” He also doxxed her, sharing her real name and home address to the group, who previously only knew her relatively anonymous online persona.

Orbiting was originally used to describe the not-quite-ghosting practice of lurking on past dates’ social media presences. Lately, the term has also been used to describe men who engage with a woman’s social media in hopes of sleeping with them. Like many women online, popular e-girls deal with orbiters on a daily basis.

If you have youth in your family, please take care to insert yourself into their social media activity since you cannot depend upon the social media companies to keep them safe. It is not enough to simply monitor their activity, you need to log into their accounts and see what they are doing, not just what they are posting.

If you or someone you love identifies as asexual or under the umbrella term, take the time to visit resources like Asexual Visibility and Education Network (AVEN) that can help you find support, information, and community. Stop making dismissive comments about sexual orientations that are not stricly lesbian, gay, or bisexual. It doesn’t matter if your identity (or label) is still the same as it was 10 years ago or not, what matters is creating a safe community where all of us who do not fit into the cishet normative understanding of gender and sexual identities can find respect and mutual support.

I’ve reached out to folx in the local asexual community in Pittsburgh to better understand their experiences and determine what resources are and should be available. It is heartbreaking to think of so many asexual people unintentionally stumbling upon Bianca’s death photo and having to absord that trauma, especially our youth. 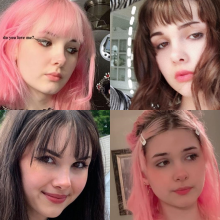 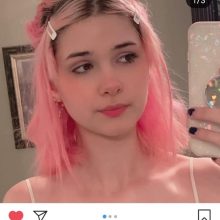