That was some kind of windstorm.

Our inconveniences were relatively mild.

Our electricity went out around 9:30 PM Sunday evening, literally as Bette Midler was performing Where the Lost Things Go on the Oscar broadcast. We decided to head up to bed and also to round-up the critters to be contained in our bedroom with us in case the temperature sunk too quickly for their comfort and safety. So that was fun. You would think two adults would be able to outthink and outrun 3 cats and a chihuahua. The error of such thinking would explain why I was frantically poking a dust mop under the kitchen table while Laura ‘blocked’ the basement door with a wriggling 19-year-old cat in her arms. My goal was to relocate Precious from the kitchen to the bedroom, but she assumed I was trying to murder her and reacted accordingly. Eventually, I had to use brute force and drag her upstairs to her enforced captivity. Only my reluctance to have to go searching for her if the house turned very cold in the wee hours kept me on task.

We ended up spending the longest five or so hours of our life trapped in a darkened bedroom with four sets of pissed off eyes and not nearly enough bedspace to make anyone happy. Did I mention that the 19-year-old cat, Simon, has one volume setting – scream? Scream to be lifted onto the bed, scream for food, scream to be lifted on the bed again, scream to get the fuck out of this room, scream when that doesn’t work. He eventually fell asleep stretched between our shoulders, intermittently emitting little old man cat farts and bits of drool on us.

When we realized the power was blessedly returned to us around 3:30 AM, I jumped out of the bed and ran for the door, throwing it open to everyone’s relief. It was almost worth having to go downstairs and turn out the lights, feed Simon, etc at that Godforsaken hour.

The other issue was our fence. The wind took out two panels completely and weakened a third. These were very old (predating our purchase) and intended to be replaced this summer. But still … kind of weird. Our guy is coming over tomorrow to remove the debris and check the rest of the fence. This was a part of the fence that sticks out from the main yard so it didn’t create unwelcome openings.

Invest in local blogging with a donation right now!

Since the yard is fenced, we didn’t lose any property. The compost bin was ripped from the stakes in the ground and moved a few feet with the lid flying across the yard. Everything in the yard was moved around, but nothing damaged. Except maybe some compost.

After watching trash bins fly up and down the street along with the detritus of the trash itself, we opted to keep our trash another week. I was hoping this gesture would protect our car from being bashed by any flying objects and I think it worked.

All of this is okay with me. My friend’s beautiful tree was taken down with their car underneath it. We saw several signs along Route 65 bent in half. Such strength and ferocity on the part of Mother Nature is humbling. I am sad that we lost so many trees that would take generations to replace even if we actually tried to do so. And of course I am sorry that people did suffer real hardships.

I remember wind from my childhood. Sometimes it gusted so hard that walking up the hill to our school bus stop was difficult and the big kids would have to keep a firm hand on the little ones. I was a scrawny kid so I really felt that. Back then, we picked up debris and righted the trash cans and returned stray lawn furniture to the proper yards as part of our general neighborhood behavior. I also have memories of it just being too windy most of the time to fly a kite in the spring.

Here’s a random question – how does wind get started? 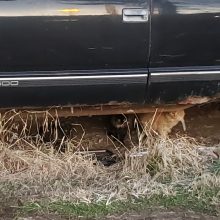