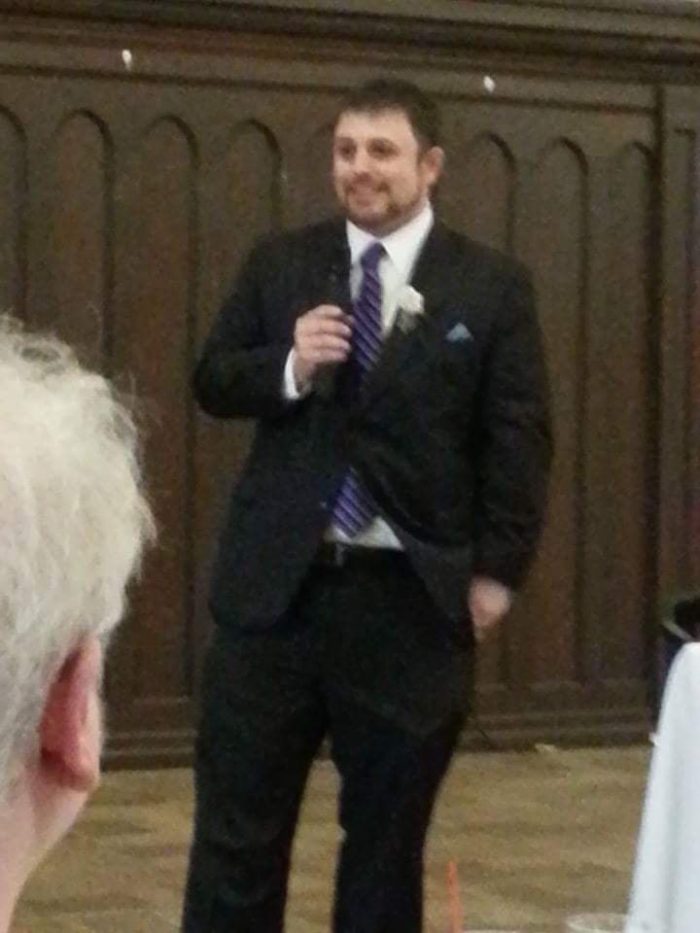 How do you describe your identity? Gay Married Male Video Gaymer.

Please describe your coming out experience. Where did you find support? What challenges did you face? I came out to most of my friends when I was 14 and a Freshman in High School. As I like to say I burst out of the closet loud and proud. for the most part the other students and the Faculty were very supportive. The worst I experienced was being outed to my mother by my Guidance Councilor. He took an article I wrote for the school paper which mentioned LGBTQI teen suicide rates as a suicide and called my mother in. The other two guidance councilors were appalled but couldn’t really do anything. It ended well though since my mother read it…asked if I was gay and I told her yes. She just said “Oh thank god I thought it was something terrible like you were selling drugs.”

How would you describe yourself NOW in terms of “being out”? I am out and proud. If people don’t like who I am that is their problem. Not mine.

Tell me about the first LGBTQ person whom you met. What impact did they have on your life? My half Sister Shannon. I knew she was gay before I came out. She was from my fathers previous marriage. He admits he didnt handle her coming out well though they are close know. I owe how supportive my father is to his experience with her. On top of that she is a strong amazing woman I respect and love.

Past or present, favorite LGBTQ character or creator in television, film or literature? Please tell us why. Ellie from The Last of Us. While she is young she is a wonderful role model for dealing with a Post Apocolyptic Zombie world and still being true to herself and being honest with her heart.

How do you stay informed about LGBTQ issues? Usually through a variety of LGBTQI publications such as OUT, Queerity and the Advocate.

Describe your geographical community. Small town USA. While now and then I have run into bigots, for the most part people tend to be at the very least friendly. My husband and I have not experienced too many issues other than some small-minded individuals.

Describe your local or regional LGBTQ community. My small town of Freeport has several LGBTQI community members including the owner of our local pizza shop. While there are still some close minded people around they are definitely the minority. As for Pittsburgh as a whole the only complaint I have is the closure of so many Gay bars that were anchors of the community such as The Eagle, Pegasus, the Holiday and Donnies.

Have you ever experienced discrimination based on your identity? Specifically, in a job setting, when applying for housing or while in public.  Now and then but most are just stupid people. Nothing that is really worth mentioning other than a Landlord in Oakland saying he didnt feel comfortable with a Fa**ot renting from him.

Have you experienced microagressions based on your identity? Think everyday indignities & slights that you experience, but would not characterize as discrimination. Please describe in your own words. Working in retail I have had people make stupid comments both when aware or unaware of my orientation. i had a gentleman I helped to design a bathroom for say that he wad amazed I was so good at design that I must be one of those homosexuals. Also had a coworker get fired for making comments about gay people and not liking them.

Tell us about your access to health care in Western PA. Has it been LGBTQ competent (or not?) My primary care doctor is a member of the Community though for work purposes he keeps that some what private. I have never had any issues getting proper healthcare.

Are there issues impacting your LGBTQ neighbors that aren’t visible or part of the local dialogue? Not that I can think of.

What would you like to see elected officials do to improve life for LGBTQ Pennsylvanians? Push for State Anti-discrimination laws to include sexual orientation and gender identity. As well push for a Federal version of the bill. Also push for a Federal ban on Conversion Therapy.

Please share a lived experience, anecdote or fact about life as an LGBTQ person in your community. During pride month, the owner of our Local pizza shop put up a pride flag as he is a member of the community. On his FB page people were supportive. However on the Freeport page there were some ignorant comments. However most of those people didn’t even live in Freeport and those who actually did jumped to the owners defense.

Beyond discrimination, what other barriers create challenges for your LGBTQ neighbors? General Understanding of issues, particularly those facing our Transgender brothers and sisters. I try and do my part to educate but we have a long road to go to help them reach the level of acceptance and understanding the rest of the community already has gained.

What LGBTQ friendly resources are available for your neighbors? The Pittsburgh LGBTQI community center always tends to be very helpful and offers good info. As well they help host our local OUTrageous Bingo which helps bridge gaps between our community and those outside it.

What is your greatest fear for the LGBTQ community in Western Pennsylvania?  That the state will pass a Religious Freedom act like other states have which would allow for open discrimination against our community and others.

What is your greatest hope for the LGBTQ community in Western Pennsylvania? That love wins in the end. Over my 22 years as an out and proud gay man I have seen the positive changes. Sometimes it takes time, longer than we would like but things do change for the better. When I came out in HS i was the first to do so in that district. Now there is a Gay Straight Alliance as well as support for Transgender students.


What can allies do to support your LGBTQ community? That love wins in the end. Over my 22 years as an out and proud gay man I have seen the positive changes. Sometimes it takes time, longer than we would like but things do change for the better. When I came out in HS i was the first to do so in that district. Now there is a Gay Straight Alliance as well as support for Transgender students.

How can gay men and lesbians support the bisexual, transgender and queer members of our community? By remembering we are all part of the rainbow. While some of us might feel comfortable with the level of acceptance we experience it is our duty and obligation to not stop fighting until we are all treated equally, with dignity and respect.

What motivated you to take part in this project? The best way to change the world for the better for our Community is to be open. It is easy fot people to hate our community when they don’t think they know anyone who is a part of it. Putting a face on the community takes it from the abstract to the real.

Finally, what question should I have asked? Please also share your answer. I think you have a good collection already.