A trans woman incarcerated at the Allegheny County Jail reported that she had been sexually assaulted by her cellmate. He is now facing sexual assault charges after reportedly admitting the crime to ACJ officials.

On Saturday morning, Amie Downs, communications director for Allegheny County Chief Executive’s office confirmed for me that the survivor is a trans woman, was receiving medical care and supports, and was no longer housed with other inmates. What was unclear is if there are pathways to connect this woman with community supports.

Downs also confirmed that there is an internal investigation into the decision to house this woman with a cisgender male who was reportedly ‘coming down from a meth high.’  According to the Post-Gazette:

The jail’s policy for housing transgender inmates calls for transgender inmates to be initially housed alone in single cells until a committee of jail and healthcare experts determines whether the inmate should be housed with a cellmate, in general population or in protective custody.

“The housing assessment shall determine if the transgender or intersex inmate will be housed in the general population or in a protective custody unit of the gender consistent with their gender identity or genitalia,” reads the seven-page policy, which was established in 2016.

Warden Orlando Harper said the committee had made a housing recommendation regarding the transgender inmate in this case but would not say what that recommendation was.

The transgender inmate was classified as medium security and housed on Pod 4A, he said.

Put a man coming down from a drug high into a cell with a trans woman is probably never a good decision. How on earth could the jail reasonably predict her safety in that situation?

Ciora Thomas from SisTers PGH, a local advocacy and support group for trans women, spoke with me about this story after we were among several people casting out lines Friday night to find out if the woman was okay and had support. There is no real line of communication on these matters.

“ACJ puts us in a direct path of harm when housing us with cis men. Not only is that a blatant transphobic attack, but it also shows other inmates that we don’t matter and aren’t even worth being protected thus creating a platform for rape and sexual assault within jail and prison walls.

The hyper masculine cishet dominate atmosphere within jails/prisons 9 times out of 10 demonize said transperson as the sexual aggressor and in most cases are taken away from the general population and put in solitary confinement for our “safety.” This ultimately turns into a torture situation because we are left within solitary for so long surrounded by men who will and continually rape and sexually assault us which includes guards.”

I also reached out to the ACJ Health Justice Project for comment on the medical response to incidents of sexual assault. They have not yet responded.

This story broke on KDKA Friday evening. While most reputable outlets do not identify victims of sexual assault, KDKA focused on the rapist and failed to meet professional standards when reporting on the transgender community. Ralph Ianotti actually said

According to investigators, the inmate identifies as a woman and uses a female alias.

She *is* a woman, Ralph, and she has a name, not an alias. Ralph, please read the GLAAD Media Guide so you can do better when reporting.

I was very grateful that Amie Downs responded to my questions on a Saturday, but I’m dismayed that there seems to be such little opportunity to ascertain if people are safe even after they’ve been victimized. I was messaging everyone I could think of who might know someone at PAAR, Center for Victims, Womens Center & Shelter, etc. I certainly didn’t want to violate her privacy, but the early reporting did not tell us anything about her status or what could be expected in terms of supports she would receive. It turned out that the only entity that could get information is the ACLU which we were not able to make contact with on a late, late Friday night.

This entire situation requires our attention. The LGBTQ community must ensure that the unique health and safety needs of trans folks and other GNC individuals are at the forefront of any conversation around incarceration. It is horrifying to realize there is no way to ascertain the welfare or safety of someone in our community who is in ACJ. There’s no known liaison, no representation from community groups, no identifiable process.

I encourage you to consider a donation to SistersPGH right now to continue building the infrastructure of supports for the trans community. We’ll continue to monitor this story and advocate for supports for all members of our community. 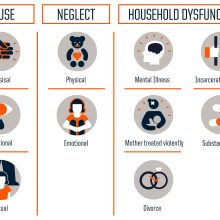