UPDATE – Nina has been found safe.

She’s been missing since December 6 when she was last seen in the South Side neighborhood of Pittsburgh. Her family is gravely concerned about her.

Nina is 5’6″, weighs 180 lbs, and has light brown eyes. She was wearing white jordans, black T shirt, a black jordan hoodie (the jump man was red on the front) and dark blue Levi jeans.

Her mother tried to file a missing persons report in East Pittsburgh, but claims she was turned away because Nina has an active warrant for missing a court hearing. Linny said the police implied Nina was simply hiding from arrest.

The family is concerned that some of the associates of Nina’s housemate are involved in illegal activities, that Nina was targeted because of that association.

So let’s break this down

If Nina was hiding from a bench warrant, the police are not actively looking for her. There’s no search going on. If she’s caught up in any other arrest, they’ll find the warrant. But there’s no fleet of warrant officers scouring the streets looking for people who didn’t show up for a hearing.

If Nina committed crimes, she can also still be the victim of a crime. She can be a missing person who needs help and be someone facing trial for simple assault and possession charges.  Those things are not incompatible. If the police start searching for her as a missing person, they might find her and she will then have to deal with the outstanding warrant. I’m pretty sure her family understands this and decided that finding their daughter is the priority.

The police apparently did not direct Nina’s family to victim resources such as the Center for Victims. They didn’t take action swiftly to make sure they were able to get the video from cameras in South Side where Nina was last seen. They didn’t get a press release out, didn’t help the family get a template for a missing persons flyer, nothing.

Her family went to the police for help. The police said no.

So her family turns to us.

A 20-year-old black, gay female named Nina is missing. She is our neighbor and people who love her have good cause to believe that something is wrong, that her absence is not to be written off as a response to a bench warrant. They are afraid for her.

I’m going to delve into that in another post. This post is about urging you – imploring you – to spread the word. We have an obligation as LGBTQ adults to go looking for our young people EVEN if they have made choices we can’t support. They still and will always deserve to be safe, warm, and alive. 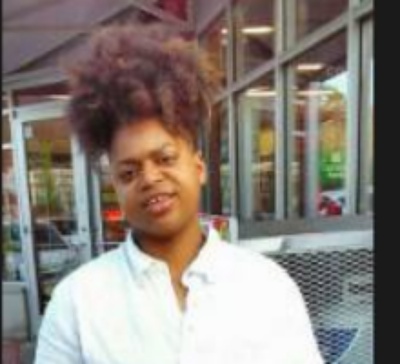