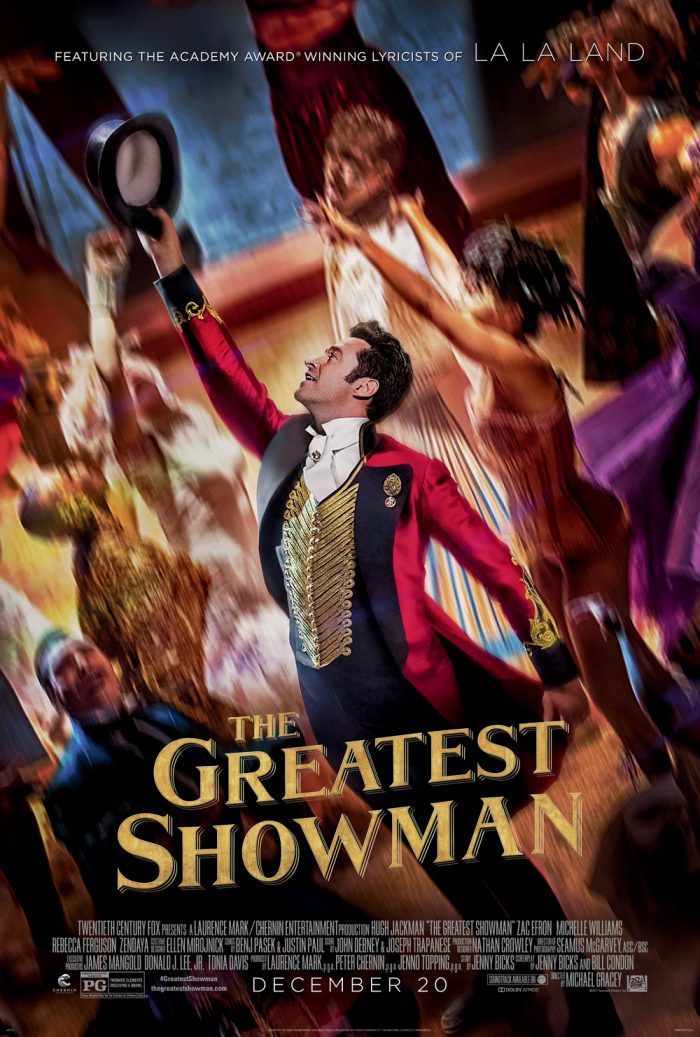 Step inside the magical world of P.T. Barnum and experience the birth of show business.

Inspired by the imagination of P.T. Barnum, The Greatest Showman is an original musical that celebrates the birth of show business & tells of a visionary who rose from nothing to create a spectacle that became a worldwide sensation. Starring Hugh Jackman, Zac Efron, Michelle Williams, Rebecca Ferguson, and Zendaya, and featuring original songs by the Academy Award® Winning lyricists of La La Land, Benj Pasek & Justin Paul.

NO PURCHASE NECESSARY
20th Century Fox and their affiliates accept no responsibility or liability in connection with any loss or accident incurred in connection with use of a prize. Prizes cannot be exchanged, transferred or redeemed for cash, in whole or in part. We are not responsible if, for any reason, recipient is unable to use his/her prize in whole or in part. Participating sponsors, their employees, and family members and their agencies are not eligible.  Void where prohibited. Open to legal residents of the U.S., 18 years of age and older.  Winners will be randomly selected.  Odds of winning depend on the number of entries received.