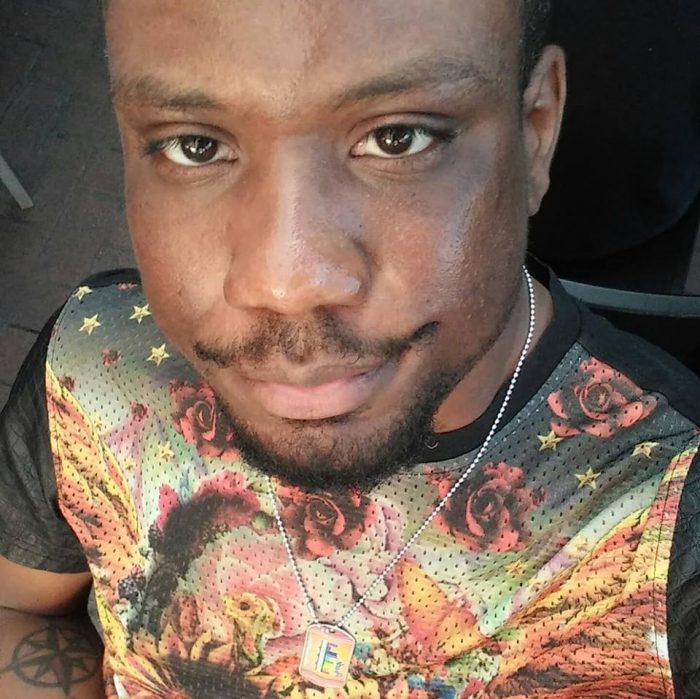 How do you describe your identity? Gay Black Male

Please describe your coming out experience. Where did you find support? What challenges did you face? Came out at age 19 while attending college. Long story short, my immediate family didn’t take the news well and they do their best to either ignore it or fight me on it. They *claimed* to be concerned about my health, safety, and professional well-being (with some lip-service to religion), but these were all excuses. In reality they were just embarrassed. One of the reasons I left Ohio was to get away from their toxic influence. Even now, 14 years later, my relationship with them is distant at best. My mother passed away without ever coming to terms with it, while my brother found religion and is judgmental when it’s convenient for him. I’m still on speaking terms with my father, but there’s this…hint of shame in his voice whenever I talk about dating men or being active in the queer community, and forgive me for not finding that endearing.

I found support through my friends and, yes, lovers. This may come as a shock, but surrounding myself with people who love me just the way I am has vastly improved my mental health.

How would you describe yourself NOW in terms of “being out”? Nowadays I tell anyone I’m gay, and to hell with what they think of it. I wear a rainbow bracelet that I never take off. The real reason I never take it off is because the band would wear out that way, but it gets the idea across that I’m gay and proud. I’m not only open about being gay, but I’m also open about doing drag and being one of the Sisters of Perpetual Indulgence (drag nuns that do charity for the community). My coworkers think it’s either bizarre, humorous, or admirable, but I keep very few secrets about myself.

Tell me about the first LGBTQ person whom you met. What impact did they have on your life? My eldest cousin came out as a lesbian when I was 14, but since I hadn’t yet come to terms with my own sexuality, I didn’t think much of it beyond “That’s her life and her business.” I also met her girlfriend at the time, and a friend of my mom’s was a lesbian as well (the irony given her later homophobia isn’t lost on me). You may notice that these were all women and several years older than me at that; their experiences weren’t instantly relatable. I had yet to meet an open gay man by that point.

That changed on my first day of college when I saw a young man running a rainbow-colored booth for the university gay-straight alliance. It actually took me a little while to build up the nerve to speak to him. It had only been only two months ago in June of 2003 that I admitted to *myself* that I was gay, and this would be my first official, in-person gay-to-gay interaction. Like a cold swimming pool on a hot summer day, I knew the only way to acclimate would be to dive right in, so I went for it. We talked for maybe 20 seconds, and he invited me to the first group meeting of the semester. It was all quick and mundane, but my mind lingered on him afterwards as I thought, “This is a man, and he is gay. He is a gay man.” It wasn’t even about sex, just the idea that a man could be gay and live his life without shame.

Past or present, favorite LGBTQ character or creator in television, film or literature? Please tell us why. Dorian Pavus from the video game Dragon Age: Inquisition. He’s a mage from a staunchly conservative country that practices a rigid caste system and slavery, and even though he’s from the higher mage caste, he openly speaks out against his country’s inequalities, because being gay makes *him* a minority as well. When he wouldn’t take part in an arranged marriage to a woman, his father tried using blood magic to make him straight, at which point he escaped his country and eventually joins your team, and he’s available to pursue as a possible love interest. If you don’t romance him or Iron Bull (a burly bisexual warrior), the two will enter a relationship with each other.

The Dragon Age series has long been praised for its fearless and tasteful portrayals of GLBT characters. Inquisition features not only gay, lesbian, and bisexual team members, but an ally is a transgender, and the Empress of one of the kingdoms you operate in is a lesbian and you have the option of reuniting her with her lover. A truly progressive game that I wish was around when I was younger.

How do you stay informed about LGBTQ issues? Social media, and regularly visiting websites like The Advocate and Gay Star News, but I rarely learn anything there that I didn’t already know through Facebook.

Describe your geographical community. In my experience, Pittsburgh has been very gay-friendly. I have never really felt unsafe while out with a guy I’m dating or even being in drag with the Sisters, including at “general” events like the Regatta. It seems most people here either don’t care if you’re gay or they’re content to live and let live.

I’ve faced far more homophobia in Cleveland, but to be fair, it was the early 2000’s when I was first coming out. I can’t say if things are different now, since I’ve lived in Pittsburgh for nearly seven years.

Describe your local or regional LGBTQ community.  As a gay man of color I can definitely feel a subtle tinge of racism in Pittsburgh’s queer community. There are so many white gays from middle-of-nowhere Pennsyltucky who find dark skin as horrifying as three heads, and so many black gays here are mistrustful of anything outside their own sphere, and as a result, sometimes I feel isolated on all sides in my dating life. I’m either too black on the outside for the white gays, or too “white” on the inside for the blacks. Whenever a guy aggressively pursues me, it’ll almost always turn out that he’s not from here.

Race issues aside, I’m of two minds regarding Pittsburgh’s queer community. On one hand I’ve made some amazing friends and done things I never would have thought possible, but on the other hand, there are times where it feels very small and cliquish. Everybody knows everybody, and the gossip in this city is insidious. It’s refreshing when I date someone and we don’t already have 35 mutual friends.

Have you ever experienced discrimination based on your identity? Specifically, in a job setting, when applying for housing or while in public.  While working as a server at a hospital, I definitely felt some hostility from others in the dietary department surrounding my sexuality. Frankly, I regret not pursuing my legal options regarding how I was treated there. Once I left that job though, I’ve had no trouble since.

Tell us about your access to health care in Western PA. Has it been LGBTQ competent (or not?) I’ve had no trouble in this regard, though I’ve heard of grossly incompetent care providers even in Persad, so I suppose one must always be sure their doctor is in tune with their concerns.

Are there issues impacting your LGBTQ neighbors that aren’t visible or part of the local dialogue? I’m sure there are, but if it’s not visible to me, then I can’t speak eloquently on the matter. This is why I do my best to listen to transgender, lesbian, and bisexual voices, and queer people of other races, since they know their struggles far better than I do.

What would you like to see elected officials do to improve life for LGBTQ Pennsylvanians? A statewide nondiscrimination law in employment and housing would be nice, but that’s only the most visible concern. Raising minimum wage and improving access to healthcare and higher education would do a great deal to combat poverty in this state, especially LGBTQ Pennsylvanians who are less likely to have the financial backing of family.

Please share a lived experience, anecdote or fact about life as an LGBTQ person in your community.  As one of the Sisters of Perpetual Indulgence, it’s always an interesting experience going out in full drag. In the LGBTQ community where our reputation usually precedes us, we’re met with love, sometimes shock that Pittsburgh has a chapter, and several people saying “Thank you for all that you do.” People often talk to us about their struggles with religion and unaccepting family members, and our charitable efforts are almost always well-received.

When we interact with straight people at events like the Arts Festival or the Regatta, we’re seen as more of a curiosity than anything else; we gladly explain our mission (even if that means leaving out the sexual parts when talking to families with kids), take pictures, etc. I’m honestly surprised that we’ve been met with nothing but love from general crowds.

Beyond discrimination, what other barriers create challenges for your LGBTQ neighbors? Money, honey. It seems to me that so many aspects of LGBTQ culture are inaccessible to people who make less than 30 grand a year. And once again, raising the minimum wage and improving access to higher education can lift people out of poverty.

What LGBTQ friendly resources are available for your neighbors?   Pittsburgh/Allegheny County has several LGBTQ resources that one could reasonably expect from a city its size: Persad for mental health, the Central Outreach Center for sexual health, the Pittsburgh Equality Center for general community needs, Proud Haven for homeless youth, etc.

What is your greatest fear for the LGBTQ community in Western Pennsylvania?  A total loss of our community due to assimilation into “straight” culture, though is is less specific to Western PA as it applies to the LGBTQ community across the country. As this country grows more tolerant, fewer people within our community feel as strong a need for queer-specific venues, and as a result, gay bars have been going out of business one by one. I would hate to see these cornerstones of our culture shut down and replaced with yet another Starbucks.

What is your greatest hope for the LGBTQ community in Western Pennsylvania?  EQT not coming back for Pride.


What can allies do to support your LGBTQ community? Knowing when to admit that they know nothing of another’s struggle, and to shut up and listen.

How can gay men and lesbians support the bisexual, transgender and queer members of our community? See above.

What motivated you to take part in this project? I said I would months ago but kept putting it off, but after volunteering for an event in support of the project, I decided I’d finally get to it.

Finally, what question should I have asked? Please also share your answer. The participants’ racial background. I included that information anyway, but it does color people’s perception of and how they’re treated within the LGBTQ community.

If you appreciate this post and others in the AMPLIFY series, please donate to support the project!