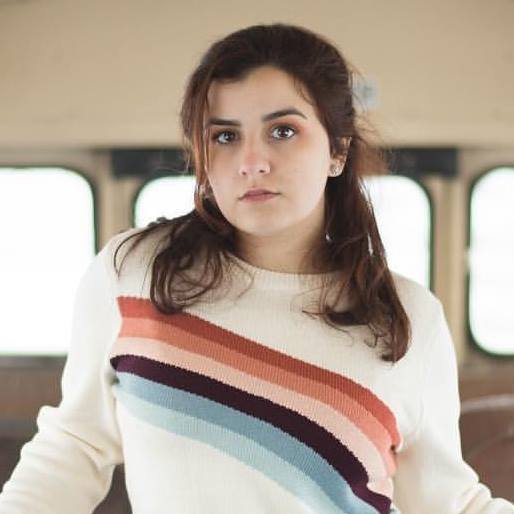 County of Residence: Lawrence County. My parents house is in Lawrence county but I currently live in Allegheny for school with my girlfriend.

How do you describe your identity? That’s a good question. I do identify as a white female, but as for sexual orientation I don’t know. I don’t like to label something so fluid. I don’t want to say now I only like girls because one day a guy might come along. And I don’t dislike men but I don’t necessarily chose them first either. So idk it varies.

Please describe your coming out experience. Where did you find support? What challenges did you face? I first told a select few friends my senior year of high school when I suspected I was. I would say one day I think I am and then the next I wasn’t sure. When I got to college, I met this girl and only told my friends there after meeting her. I told my mother and sister at 2 months of talking to my current girlfriend. I soon told my friends and they were all happy about it! I was scared to tell my dad, but I did around 6 months and he was so fine with it I was amazed and so relieved! At that point, I only had my grandparents left and didn’t want to. After our one year, I did tell my grandma and she wasn’t happy but also wasn’t mad. She said she prefers me to be with a guy but as long as I’m happy. She loves me so much I don’t wanna ask for me than that so I’m okay with it. My dad told his parents because I didn’t care to and they actually didn’t care either. Basically I’ve been really fortunate to have continuous support with almost everyone I talk to and I appreciate it greatly.

How would you describe yourself NOW in terms of “being out”? Now I am so open about it and because she is my best friend and girlfriend, she gets brought up usually a lot and early on unintentionally.

Tell me about the first LGBTQ person whom you met. What impact did they have on your life? Honestly, the first LGBTQ person I met was a gay man and I was a probably 10 or so. I hate saying this, but I was very uncomfortable when his boyfriend came around. I loved them both, but I wasn’t okay with their PDA. My parents assured me that it was okay and they loved each other just like my mom and dad do. I soon got over that fortunately and realized gay was no big deal in my family and in the real world.

Past or present, favorite LGBTQ character or creator in television, film or literature? Please tell us why. Most of the ones I’ve seen I wasn’t a fan of, but I do love Orange is the New Black’s Poussey (rip)

How do you stay informed about LGBTQ issues? Pretty much through social media.

Describe your geographical community. I like in a rural environment at home and an urban environment here in Pittsburgh. Outside of my close friends it gets a little iffy. I am more of the femme type so by myself I don’t get looks but when I’m with my girlfriend who is more masculine looking, people do look in my hometown. For awhile I wouldn’t do PDA there because I was afraid of what would happen then I stopped caring. I know this is minuscule compared to some, but I’m just sharing my experience because they aren’t all bad.

Describe your local or regional LGBTQ community. The Pittsburgh and Point Park University communities are very accepting and pretty gay themselves so again, I’m fortunate to be in that environment. When I go home, the people close to me are supportive and loving.

Have you ever experienced discrimination based on your identity? Specifically, in a job setting, when applying for housing or while in public.  No I have not

Tell us about your access to health care in Western PA. Has it been LGBTQ competent (or not?) Yes it has been

Are there issues impacting your LGBTQ neighbors that aren’t visible or part of the local dialogue? Not that I know of

What would you like to see elected officials do to improve life for LGBTQ Pennsylvanians? Maybe create some cool hangout spots?

Please share a lived experience, anecdote or fact about life as an LGBTQ person in your community. Everything is pretty great and sometimes I forget that gay people are “different.” I go through life kissing and loving my girlfriend everyday, in public and not, and I don’t worry about anything.

Beyond discrimination, what other barriers create challenges for your LGBTQ neighbors? i guess just straight men not accepting that when we say we are lesbians that we truly do not want their dick. It will not change us and we will continue loving girls in every way.

What LGBTQ friendly resources are available for your neighbors? I personally do not know of any.

What is your greatest fear for the LGBTQ community in Western Pennsylvania?  That trump supporters will take over and my girlfriend who looks gay stereotypically will be discriminated against or harassed in some way.

What is your greatest hope for the LGBTQ community in Western Pennsylvania?  I hope that if that happens we can overcome that and we will stick together as a community no matter what.


What can allies do to support your LGBTQ community? Ask questions if they don’t know the answers and do so in an everso loving and thoughtful way. Or do their own research if they don’t have a close person to ask

How can gay men and lesbians support the bisexual, transgender and queer members of our community? To not put down or ignore them. Learn about them and accept.

What motivated you to take part in this project? I want it to be known that a coming out experience isn’t always bad and being gay isn’t this miserable life of being harassed and discriminated against and hating yourself.

Finally, what question should I have asked? Please also share your answer. I think you asked plenty.