I’ve been wanting to visit this restaurant for months.

Evolution grille is a seasonal restaurant that showcases progressive american cuisine. We have a unique menu blending traditional classics prepared with contemporary flair~ We use local produce, dairy and meats and believe in fine quality ingredients. We do not use prepackaged or frozen items and your meals are made to order and thoughtfully prepared.  We make our own pastas and every dish is made fresh.  As the seasons change, so do our flavors and menus, to reflect the tastes of the time.

Located on Butler Road near Freeport and/or Sarver (depending on which direction you drive), this unassuming space located inside a former workshop is surprisingly warm and welcoming. I expected a little more “oomph” and flair considering the local ingredients and housemade pasta. I found booths, a lack of white table cloths and more children than I thought. And some good food.

Ledcat and I set out on a gorgeous autumn afternoon to see some foilage and enjoy a meal. We headed up Route 28 into Butler County and decided to meander down to Freeport to check out the sites. Freeport was settled (really, colonized) in 1760 and incorporated in 1833. It is a port town. My relative, Bill DeBlasio, was the Mayor in the 1970’s. We wandered around the park along the river thinking how pristine the opposite bank was. We found a peace pole.

Then we headed up the road to the restaurant.

Our meal began sort of “meh” with a bland appetizer version of pierogies stuffed with kielbasi, sour kraut and something else. It was fried to the point of having no taste. I was disappointed.  Our dinner salads were also disappointing. Let me say here that I always appreciate a fine dining restaurant that includes a dinner salad in the price of my entree. That’s my restaurant comfort zone – salad and bread without excess fees. When you start charging me for side dishes to go with my $47 steak, you can say ‘bye’ to my business. But while the greens were great and probably sourced from a local greenhouse, the non-green stuff in the salad was sparse with a whopping dose of grated cheese. It didn’t occur to me to ask for no cheese. Servers should always mention that.

Fortunately, the entrees turned everything around. Ledcat had Walnut Peach Chicken with onions, walnuts, peaches and peach  liquor. It was flavorful and peachy. It came with a side of potatoes and steamed veggies. She was very pleased.

I opted for the Beef Stroganoff which was made with housemade fettucini. I haven’t had this dish in years, but it was magnificent. The beef medallions were tender and generously portioned. The sauce was mild, but rich and not overly oniony. Bonus points because the leftover heated up very nicely in the microwave with the beef remaining quite tender the second time around.

I have to give a shout-out for the housemade bread here. It was delicious, but a smallish portion. There was a big note on the menu pointing out that the increased cost of ingredients meant a “refill” on the bread basket would include a surcharge. Tacky, tacky. When I’m driving 30 minutes to drop $75 on dinner, I don’t want to worry about bread allocation. Just add $.25 on to the entree meals to cover all the bread service and eliminate that worry.

Then we opted for dessert because they had my favorite dish in the world, bread pudding. It is seasonal and it was delicious. Laura actually tried an apple dumpling that was humungous. She made three desserts out of it. Ahem. 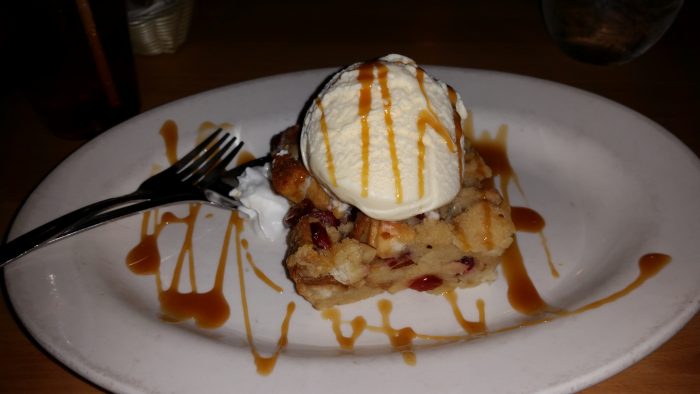 The service was good. Our server was friendly, but not too officious. She warmed as we asked her about the restaurant and ended up telling us quite a bit about the surrounding communities. Best of all, she packed our to-go packages at the table which is always a big help. Plates can be unwieldy especially when sauce is involved. I applaud the absence of styrofoam. A paper bag versus plastic would have been a good touch for a restaurant built on the concept of being close to nature.

There are plenty of other items on the menu that I would be happy to try so I can absolutely see us driving out that way again soon. The price was very affordable and the drive just added to the specialness of the evening. I’m looking forward to returning in the winter months to see how they use root veggies and other seasonal items.  The prices are really good for the quality of food.

evoLution grille is BYOB. there’s plenty of parking and it is convenient to Route 28.

Disclosure: no one gave me a damned thing to write this review. I found the restaurant on Trip Advisor and paid full price and never let on that I’m Pittsburgh’s Best Local Blogger storing up nuggets of info for a blog post. 🙂  Yes, I am going to work that into every single blog post I can until I find new clients. I create and curate with an unexpected side of the ability to be low-key.

Ease up on the cheese and the bread-guilt and you have a terrific restaurant.

Scroll on for pictures from Freeport 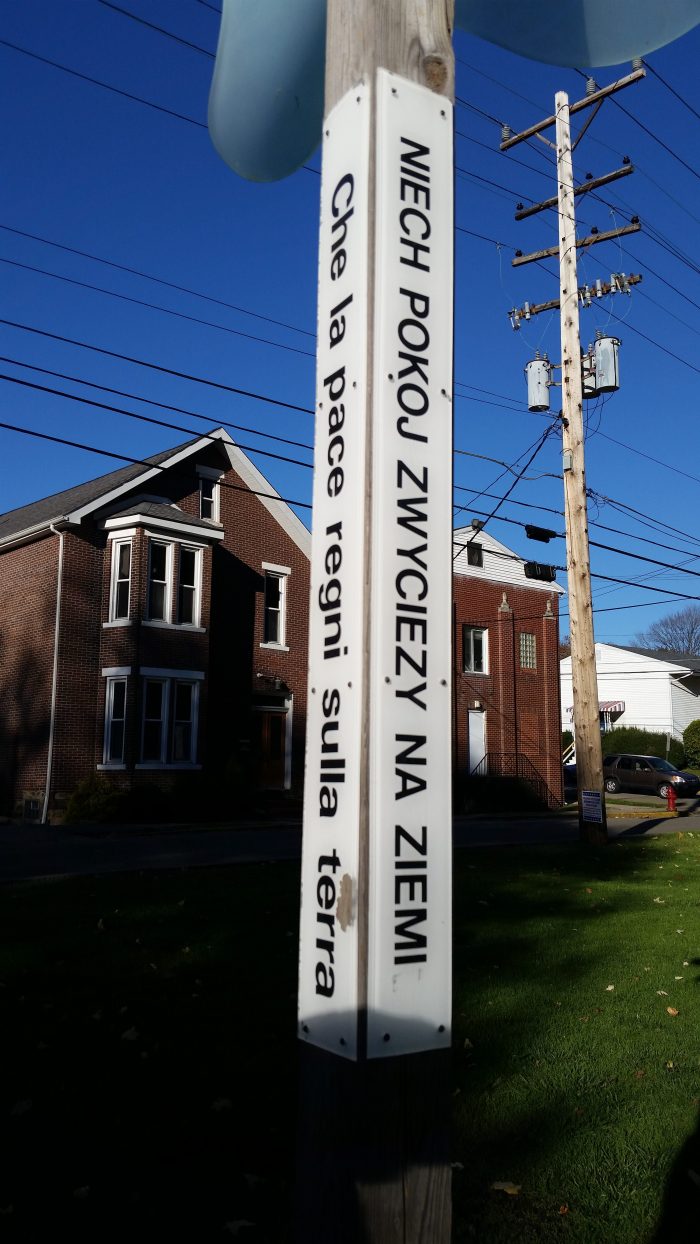 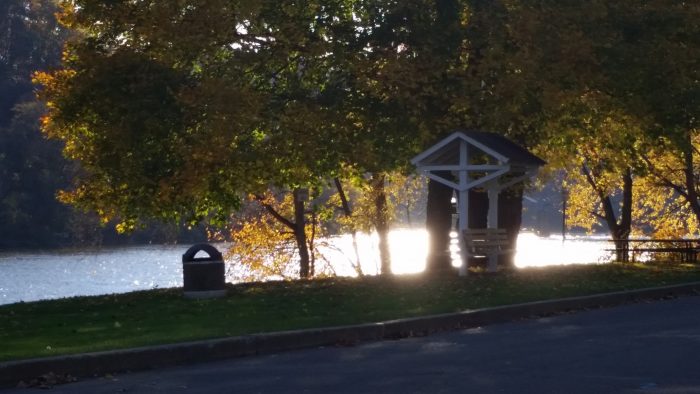