I was on my way home and made a last minute decision to run into Giant Eagle for a few groceries.  Our store is known as “Cedar Avenue” and it is one of the independent stores that is not part of the corporate retain chain. Connected, but not the same.

After rushing around the store and ending up with a basket full of nothing I probably really needed, I realized I had 12 items on the nose and headed for the shorter line at the Express register.

At first, the slowness didn’t sink in because I was searching for my Giant Eagle card, my wallet, checking a text message, etc while I waited. Then I looked up because it seemed a little too slow. That’s when I saw what was happening.

An older gentleman was making some purchases and having difficulty with his debit card. He tried a few times, but was genuinely puzzled by the chip v slider distinction. The cashier, whom I later learned is named Elizabeth, very patiently and respectfully tried to talk him through it. When that didn’t work, she came around the register and again with respect and courtesy asked if she could try to slide his card for him. No luck.

The line grew behind me with one person ahead of me. I stacked my items on the belt and caught my breath. It was apparent this gentleman could not remember his pin so Elizabeth helped him brainstorm how to pay and he realized he had enough cash. She packed him up and sent him about his day.

Then she turned with the same courtesy and politeness to the much younger man in front of me who was buying 12 sports drinks. And then to me.

I told her that I appreciated both her kindness and the respect she showed the older customer. She looked at me (while briskly scanning and bagging my items) and said “I hope God sends people to be kind to me when I’m that age.”

And I am not exaggerating when I say that I teared up a bit. I thanked her again and emphasized that I was sure people tended to tell when they were displeased with her service. She smiled at me and then we both realized that one of my bakery items had no sticker.

She was still very cool when she asked someone to run back and check on the price (I don’t think this store has phones.) After a few seconds, I told her that I didn’t really need that item and didn’t want to hold up the line, as long as it wasn’t inconvenient to reshelve it. She smiled at me and made me feel like the whole world was about me for that one brief moment, that she cared about making sure I felt the same respect and consideration she had shown to the older gentleman (and the other customers.)

I have already called the store to tell them how much I appreciated the way Elizabeth does her job – both for my unknown older neighbor and for myself.  I’m going to write her a letter.

I’m confident this is how she is every day and probably why she’s on the express line during that time of day. And that is the best thing of all – she treats all of us like she would want to be treated.

We’ve been crouched in fear for over three weeks and with good reason as the hate and ugliness are fully unleashed on us.  I’ve been struggling to use my tools, to find meaning and to figure out how the heck I’m going to survive for four years like this. Elizabeth’s work ethic reminds me that there are a lot of good people here in Pittsburgh who will continue to be good people, come what may. There are people who live their values and walk the walk every single day, regardless of whether we are an older black man who forgot a pin number or a middle aged white lesbian who picked up the item without a price tag.

Elizabeth made me realize that, at least sometimes, it might be okay.

Elizabeth clearly defies that standard and does invest herself in all of us. I wish the corporation would reward her and incentivize all employees with union membership and better conditions. That’s a win/win for the entire community.

I may have to settle for Elizabeth receiving some sort of employee recognition for exceptional customer service. She deserves it. (She also deserves $15/hour for sure.) 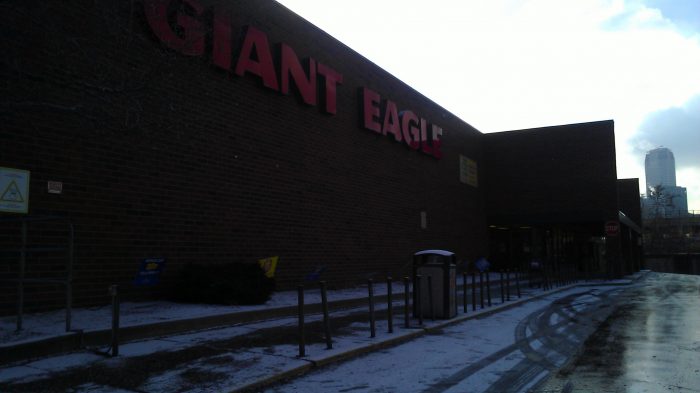