We are so pleased once again to be the social media sponsor of the ReelQ Film Festival, set for October 6-15 at the Harris Theater in Downtown Pittsburgh. You can find the complete schedule of events here.

Follow the hashtag #ReelQ31 for the latest on the festival! 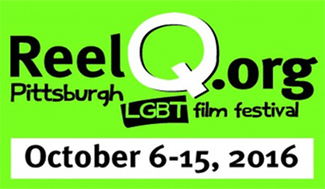 Opening Night Screening & Party – October 6, 2016 Movie: Strike A PoseTo celebrate the Pittsburgh premiere of the doc that looks back on Madonna’s Blonde Ambition tour, Reel Q invites you to express yourself for a night of turned up ballroom tunes. Come dressed to bump and grind it at Bricolage for the official STRIKE A POSE after-party.

Admission is $15 for the entire evening ($10 with student ID)

Closing Night Screening & Party– October 15, 2016 Movie: King Cobra
After the Pittsburgh premier of King Cobra, join us downstairs in the Pierce Studio and raise a glass (or two) as we wrap up the 2016 Reel Q Film Festival.

Admission is $15 for the entire evening ($10 with student ID)

You can volunteer for the festival (great way to get passes!)

Tickets can be purchased online now.