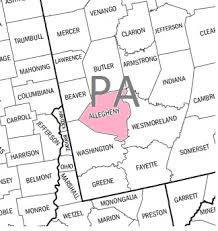 How do you describe your identity? I am a queer person who ends up in the middle, by averaging out the extremes.

Please describe your coming out experience. Where did you find support? What challenges did you face?  It’s very messy. I came out for the very first time at the age of 16, at my first GSA meeting. I felt safe for a second, and just blurted it out in introductions…”Hi, I’m ___ and I’m bi.” 2 years later, I came out to my first family member, my eldest brother. Growing up together, though we didn’t have the best relationship, I saw him support and defend his LGBTQ friends and felt like he might understand more. That same year, having the support of my brother, I came out to the rest of my immediate family, and a few of my extended family via letters. I was terrified of their rejection–particularly, my godmother, her daughter who is like a sister to me, and my grandparents. Amazingly, all I got from them was support. It was in the family that physically surrounded me, that I found push-back and hurt. I started dating a transfeminine person and wanted to share them with my family, who was supportive for the most part. At the time, some of our extended family was living with my parents, an adult cousin and her baby. When my cousin told her mother about my partner, my aunt contacted me to tell me that she couldn’t have her grandson living with me, and I needed to change to be a better influence for him. I couldn’t put my parents in the position of choosing between myself and a baby, so I lied to them and said I couldn’t handle being around the baby while studying for finals, and essentially fled to my partner’s home to avoid further/increased conflict. On Valentine’s Day the next year, I brought that same partner to a family event, because several birthdays fall around that date and we always have a combined party. At that party, my aunt and uncle decided they didn’t want me watching their grandchildren anymore, and influenced the parents in their decision by making them concerned to leave the girls alone with me.

I’ve found amazing support through my parents and brothers, and through a growing community that I am part of with a few close friends. My current partner is also incredibly supportive. However, I still face challenges in attempting to better the relationships I have with those who have hurt me. I continue to struggle with my gender expression and identity, and these days just refer to myself as queer in all aspects.

How would you describe yourself NOW in terms of “being out”? The door is open, but I’m still sitting on the floor of that closet. I’ll share the information with someone who asks directly (when appropriate–my clients ask all the time, and I don’t discuss with them); but I typically won’t offer it up freely unless I’m certain I am in a safe space.

Tell me about the first LGBTQ person whom you met. What impact did they have on your life? It’s hard for me to pinpoint the first person, probably because things were “hush-hush,” and as an adult I’m realizing that those people were part of the community.

The first LGBTQ person I met was a friend of my eldest brother, I’ll call him B. He openly identified as a gay man, and had a unique gender expression for what I was used to. Just meeting him and seeing my family interact with him gave me a little hope that I wasn’t so weird, and I remember that being the time in my adolescence when I started experimenting with my appearance and gender expression. I also remember my dad, on occasion, bringing him up as a catalyst for my changes. It wasn’t for a couple more years until I started coming out, but B absolutely had an influence there as well, having had the strength to be openly gay in our rather conservative school district, North Allegheny. I saw B act as himself, and embrace parts of his life that scared me to even think about, and I think it was his influence that pushed me to join our high school’s GSA and try to make friends there.

Past or present, favorite LGBTQ character or creator in television, film or literature? Please tell us why. Lamar from Revenge of the Nerds, because he is so unabashedly and unashamedly himself, as a nerd, a gay man, a black man…his character has always been inspirational to me


How do you stay informed about LGBTQ issues? I follow several issue-focused Facebook pages and news outlets; and am involved with queer orgs in the area.

Describe your geographical community.  Both locations would be considered suburban; one in the North Hills and one in the South Hills. I think that in both areas, it’s a “don’t ask, don’t tell” situation. They’ll tolerate the existence of us, but they don’t want to see it. Or hear about it. Or be confronted with the pain of those who are different.

Describe your local or regional LGBTQ community. We are very private people, so I’m not very involved with the neighborhood community. However, at work, in my friendships, in my greater community of Pittsburgh, I find there to be a large community. However, we have too much in-fighting and lack of support within our community, for issues related to race, economic status, ableism, sexism, and more. We also have a bad habit of relying on the opinion of those at the top, rather than working from the grassroots to find improvements. I think that one of the reasons that we have so much in-fighting, is that those in power in the LGBTQ community in Pittsburgh are white, older, and typically have financial comfort. We expect those people to want change for those with intersecting oppressions out of altruism, but we don’t see that change because having it would somehow take away from those in power.

Have you ever experienced discrimination based on your identity? Specifically, in a job setting, when applying for housing or while in public. I haven’t been directly discriminated against in work or housing, but I’ve been run out of an apartment in South Oakland by threats of violence against myself and my partner. While I was in college, I noticed frequently that I always ended up with “the gay topics,” sometimes because classmates asked me to trade because they didn’t want to research such things. My partner’s employers espouse anti-gay and anti-trans ideas, and inhibit us from discussing pro-LGBTQ platforms. Since the national bathroom discussion began, I’ve been harassed a couple of times while trying to use a public commode because people assume I’m trans. I get scoffed at by the people who love me, because LGBTQ issues are “all I bring up.”

Are there issues impacting your LGBTQ neighbors that aren’t visible or part of the local dialogue? POVERTY…CHILDCARE…HOUSING INSTABILITY…TRAUMA…CHRONIC ILLNESS…RACIAL INEQUALITY WITHIN THE COMMUNITY…

Basically everything but the fight to marry.

What would you like to see elected officials do to improve life for LGBTQ Pennsylvanians? Fight for real protections for members of our community. Attend our events, come to our forums, reach out to the people in your lives who are in any way a part of the community. Push for real, effective legislation that you would want imposed on your children or parents. Look outside yourself, and put yourself in someone else’s shoes for a minute.

Tell Us About Your Access to Health Care in Western PA. Has It Been LGBTQ Competent (or Not?) It hasn’t, even in offices that claim to be LGBTQ friendly. I’ve been told I don’t need birth control (which I use for hormone regulation) because I have sex with women. I’ve been given bad information regarding abuse and finding help for it, due to the “nature of same-sex relationships” making it difficult to determine a perpetrator. I’ve been raped by a male partner out of jealousy for my attraction to women, and been scoffed at when I told the nurse that he said “his dick would do the trick.” I’ve experienced a trans partner being traumatized after not having a prostate exam properly explained to them, and not being able to find adequate mental health services to help her cope. To say that health care in our area is “LGBTQ competent” would be the meanest joke I could come up with.

Please share a lived experience, anecdote or fact about life as an LGBTQ person in your community. This week, I got the best gender-neutral complement on my appearance I’ve ever had: “I like your style.” It was incredibly affirming, and gave me a new reason to believe it really isn’t that hard to take gender out of the equation.

Beyond discrimination, what other barriers create challenges for your LGBTQ neighbors? I think that everything leads back to discrimination in some way. Housing, poverty, access to necessities, childrearing and support…all of these issues are issues in the first place, because being a member of the community somehow makes you less human, and less deserving of the things that are “inalienable” or assumed to be a right simply because you exist. We exist outside the definition of human, so to think that any issue of ours isn’t related to discriminated, feels naive.

What is your greatest fear for the LGBTQ community in Western Pennsylvania? That they will remove any rights granted to us in recent history, and add more ways to legally discriminate. After the Orlando shooting, I fear that the violence we already experience will increase and spread.

What is your greatest hope for the LGBTQ community in Western Pennsylvania? That we truly will overcome, and someday be seen as equal humans

What can allies do to support your LGBTQ community? Pay attention, TRULY support…if you see/hear something, say something back. Even when your LGBTQ friends aren’t there to hear it.

How can gay men and lesbians support the bisexual, transgender and queer members of our community? …care?

What motivated you to take part in this project? I want to feel like my experiences are unique, but I know they aren’t. I’m hoping to give someone else hope, or at least a feeling of someone else being there.

Finally, what question should I have asked? Please also share your answer. I’m not sure…probably something along the lines of what community orgs could do to improve the community environment. For me, that would be conferring and sometimes deferring to, smaller organizations that have a more specified focus. And across the board, include more people of color at the table, in positions of power and decision, on your boards, and ACTUALLY INVOLVE AND LISTEN to them.