Earlier this fall, I was poking around Facebook when I realized that I had not read any status updates from a certain person whom I’ll refer to as Glenn. We aren’t tight or really actual friends who hang out in real life – friendly colleagues is a fair description. I respect their work, their values and their willingness to share some personal stuff with me to help me help someone else. The sort of relationship that makes actually getting together in real-time life sounds like a great idea.

I popped over to their FB timeline to see what was new and realized that I had been unfriended.

So, I’ve certainly been unfriended in the past. Sometimes with a giant huffy fit of blocking, parting shots and veiled references to my sins. Sometimes quietly with no fanfare so that I don’t even realize it for months or longer. And most of the time, I’m sure, somewhere in the middle.

But Glenn? I thought we were cool. I thought we thought alike enough to make us comrades and allies and in the trenches together.

So I did the rational, adult thing and sent Glenn a FB message asking for an explanation. I was partially concerned that I had offended him and partially just curious to know why. Rather than speculate or assume, I asked.

Glenn responded to me. Their decision was based on my posts opposing the Steelers decision to hire Michael Vick. They didn’t want those types of posts and that sort of energy in their Facebook.

I was both glad that I hadn’t unintentionally caused offense and a little taken aback. Was Glenn implying I’m a racist who thinks rapists deserve to play and ex-offenders don’t? Was Glenn aware of my investigation into the ‘trickle-down’ practices of both the Steelers and Eagles with regard to employing ex-offenders? Did Glenn lump me in with people who were on FB ranting that it wasn’t about race or somehow think I didn’t grasp that of course it is about race?

My back was up and I was unhappy. I like Glenn. I don’t want to not be connected to him on social media. I want to Glenn to respect and appreciate me. But, I also realized that I was looking to Glenn to validate that I’m not one of *those anti-Vick* people and that’s a ridiculous expectation on my part. I stopped even posting about the situation with Vick weeks ago because I was exhausted with how quickly every exchange deteriorated into racism-denial and/or absurd comparisons of rape with animal abuse. There was no conversation.  Just rants.

And I had unfollowed quite a few people over this. Maybe even unfriended a few? Mostly, unfollowed because I recognized that I needed some breathing space. It was my issue to reconcile, not theirs.

Maybe Glenn had a point. I saw him a few weeks ago at an event and he gave me a hug, reminding me that real-time contact is far better that social media. There’s no hard feelings and I appreciate that he gave me an answer instead of simply disregarding me. I believe him when he says we are cool.

What I don’t feel is compelled to earn back his social media friendship. My opinions about Michael Vick as a human being haven’t changed a single bit even though I abhor what many other anti-Vick folks postulate. My opinions about the Steelers as an institutional exploiter of human flesh to earn a profit has worsened and the delusion of ‘The Rooney Rule’ as a legacy of decency is somewhat frightening. I am puzzled by Landry Jones, but I’m glad the focus has shifted because the Vick hire is not going to translate into more opportunity for formerly incarcerated men of color who aren’t at his caliber of revenue generating talent to get more jobs. It also won’t help the cause of resisting the propensity for sports culture to glamorize and tolerate sexual and physical violence against women.

In the end, it was just another economic decision that hasn’t panned out as many such decisions are wont to do. It won’t change anything, at least not in my lifetime.

What will change things is people like me and Glenn being able to be cool and engage in real life around our shared experiences and values, not allow our differences to shut down the relationship. It is not his job to help me work on how my white privilege bleeds into my social media presence and it is not my job to convince him of anything around my beliefs about this situation.

Sometimes unfriending creates that space people need to continue having real engagement. Sometimes, it does not. I think the difference is when two adults can talk it out, hear one another and not allow it to fester. I have a whole slew of people who are hyper-focused on an unfriending that was unresolved for them – much like the friend who stopped hanging out or calling without an explanation. It is not the unfriending itself so much as the unresolved part that nags at us.

Here’s my suggestion on how to cope when someone is repeatedly sharing content that you do not want to read.

Frankly, sometimes I need a break from people and that’s about me. Using the unfollow and restricted feature gives me what I need – space and perspective. Often, it really is about me so taking some time to figure out why I feel  triggered is useful.

You absolutely should use Facebook tools to protect yourself from negative experiences. I’m a big believer in that – even using the report feature – because I consider my timeline to by like my home. I get to call the shots.  If you show up at my home in the mood to argue, I’m probably going to ask you to leave if you can’t let it go after a certain point. That doesn’t mean we aren’t able to engage one another. Right? 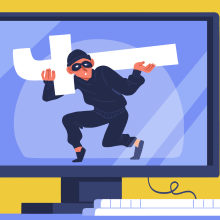 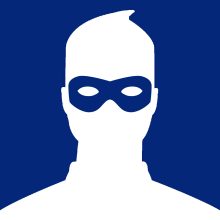 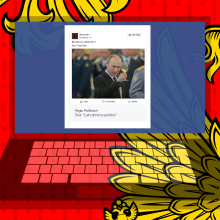