The police according to a NBC6 report are now calling the case a homicide. Note that this news report uses Kristina’s old name. Police didn’t find any sign of forced entry at her home, 2045SW 58 Ct., near Coral Gables. Homicide detectives were looking into the possibility that her ex-boyfriend was suspected of stabbing her to death.

“When he went to prison, she left him,” Arianna Lint said in Spanish. “I understand he was the one who contacted her.” Lint is the director of services for the transgender community at Sun Serve, a nonprofit organization based in Broward County.

Kristina’s murder highlights recurring trends that are terrifying at this point – she is the 11th queer trans person of color or trans person to die a violent death in 2015.

If you have any information concerning this homicide or will bring the perpetrator to justice, please contact Miami-Dade Crime Stoppers at 305-471-TIPS

Friends are holding a vigil for Kristina and other trans women of color this evening in Miami, Florida.

Too many lives have been lost. Too long have we gone without justice; without equal footing. Our South Florida transgender community, and its allies, are invited to join us this Thursday evening for a vigil. In addition to honoring Kristina Grant Infiniti’s life, the vigil will also provide space to mourn the passing of other transgender people who have been lost in these ways. We will shine light on the plight of gender nonconforming people, especially transgender women of color — many of whom, sadly, have suffered and ultimately lost their lives due to a lack of awareness, education, and equality in our community. Together we can demand justice. Together we can stand in solidarity. Together we can make a change.

Rest in power, Kristina. The beauty and joy you brought to this world will nurture your friends as they strive to build a more just world. 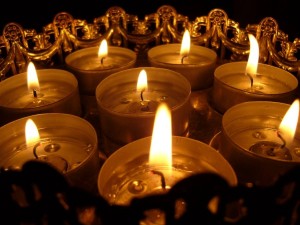